A new Ipsos survey conducted in partnership with the World Economic Forum points to a notable increase in COVID-19 vaccination intent since December in all 15 countries studied. The survey also shows that in many countries, a large majority of those who intend to get a vaccine will seek to do as soon as it is available to them.

Adults who strongly or somewhat agree they would get a vaccine against COVID-19 make up a majority of those who report they have not yet received it in all but one of the 15 countries surveyed. Intent to get vaccinated among those who are not is: 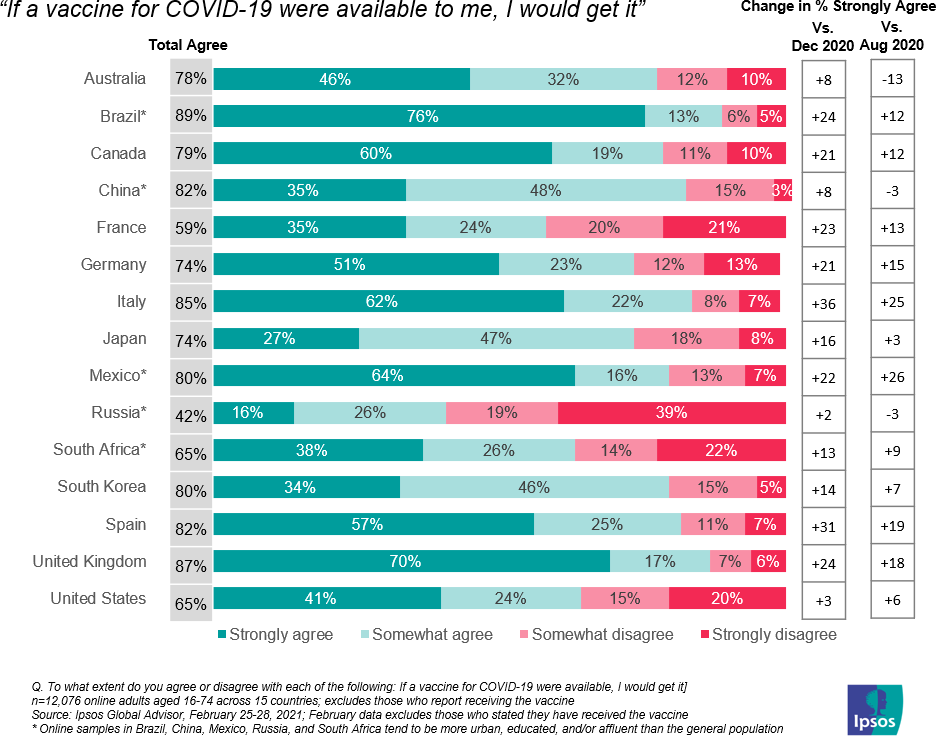 In 11 of the 15 countries surveyed, most of those who are not yet vaccinated and agree that they will get the vaccine say they plan to do so immediately or within one month once it is available to them: 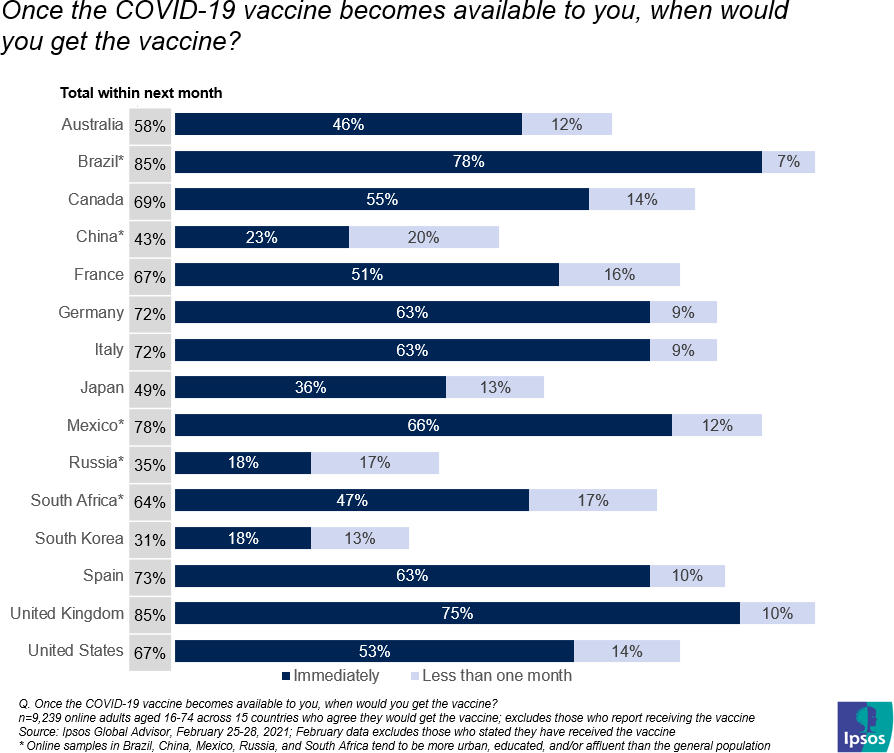