The January 2021 Ipsos Issues Index shows a sharp slump in concern about Brexit, although it remains the second biggest issue for the nation. Thirty-five per cent of the British public see the UK's relationship with the EU as a significant concern, a decrease of 25 percentage points since December 2020.

In the first wave of the index conducted during the third national lockdown in England, the proportion of Britons who cite covid-19 as a big issue facing the country remains unchanged from previous months. Three-quarters mention the pandemic as one of their biggest worries – the same level of concern that has been recorded in every month since June 2020.

There has been a surge in the proportion who see Coronavirus as the single biggest issue for the nation however: 61% say this, up from 47% in December last year and the highest score on this measure since July 2020.

Concern about the economy is the third biggest issue for Britons this month, rising five percentage points to 32%. There have also been increases in public concern about the NHS, poverty/inequality, education and unemployment. 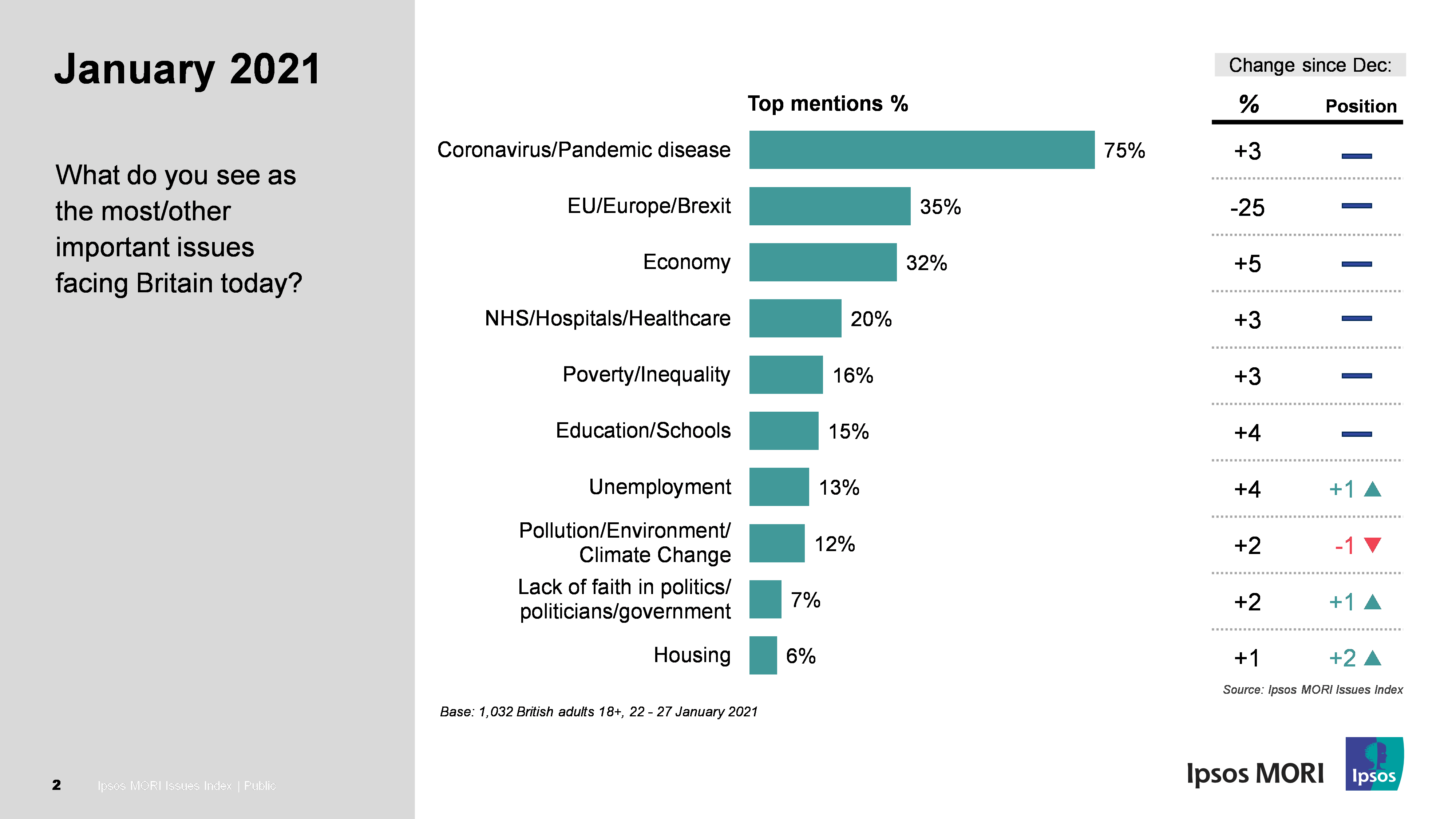 In the first month outside of the European Union, the proportion of the public who see relations with Europe as a big issue for Britain has fallen sharply.

The drop between December and January has been especially notable for some groups. For instance, although the youngest show the lowest absolute level of concern in January (20% of 18-24 year olds mention Brexit, down from 42% in December), the largest drop has been among the oldest. The proportion of over 65s mentioning Brexit has fallen from 64% in December to 29% in January

After the last-minute agreement of an EU-UK trade deal last month it is no surprise to see that the public’s level of concern about Brexit has fallen. However, many are still worried and it remains the second-biggest issue for Britons.
The public also continue to sustain a high level of worry about the COVID-19 pandemic. While the overall level of concern remains at the same level we’ve seen since June 2020 in this first survey wave during the third national lockdown in England we record a big jump in the proportion of the public who see the pandemic as the single biggest issue facing the country, recovering from a drop off in concern over December.