This latest What Worries the World survey results (for January 2020) finds the majority of people across the 28 participating nations feel their country is on the wrong track (61% on average), with Italy (83%), South Africa (79%), France (79%) and Spain (78%) expressing the highest levels of anxiety about the future.

In line with previous trends, Chinese citizens are once more most assured about their nation’s direction with 90% believing their country is heading in the right direction. It would be interesting to look at the upcoming February results, as this current survey was conducted before the outbreak of the corona virus in Wuhan, China.

The four major worries globally are:

The five major worries for online South African citizens are:

The top 5 worries for online South Africans have remained constant since 2011 with Crime & Violence and Financial and Political Corruption jostling for top spot in each wave. Unemployment has recently taken over as second from Financial and Political corruption, perhaps unsurprisingly given the recent spates of retrenchment adding to our already over-burdened unemployment rate. 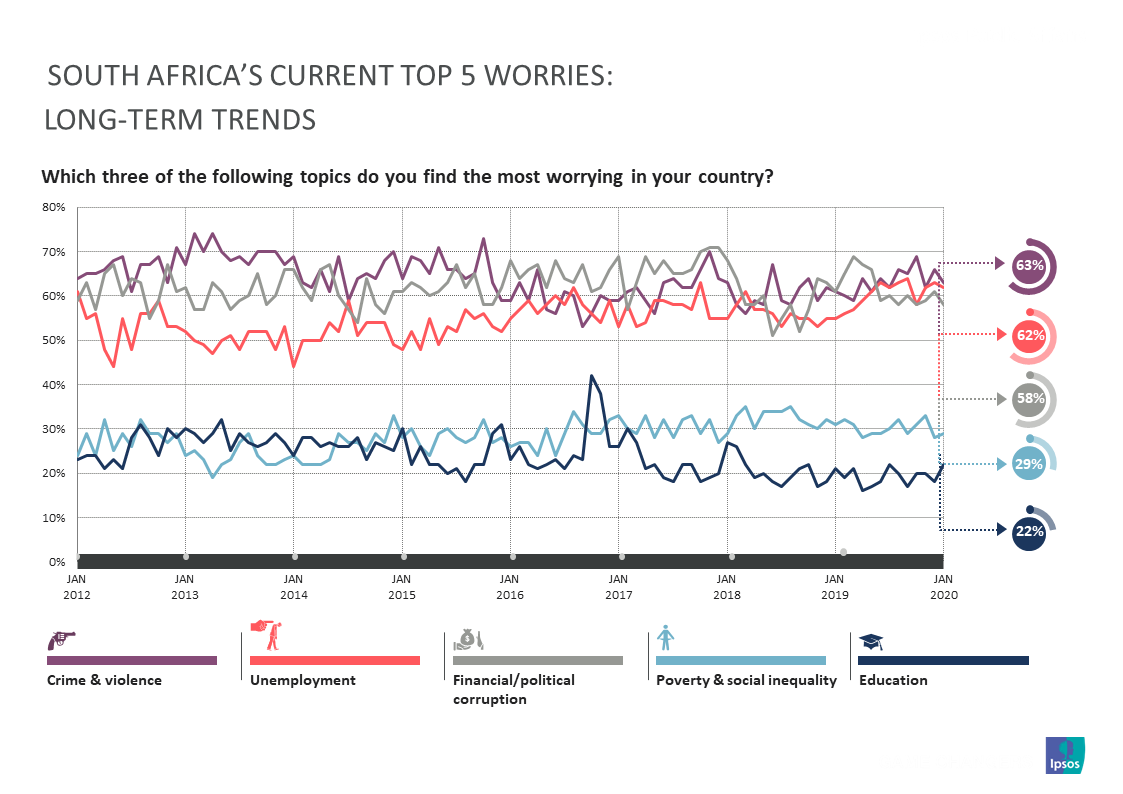