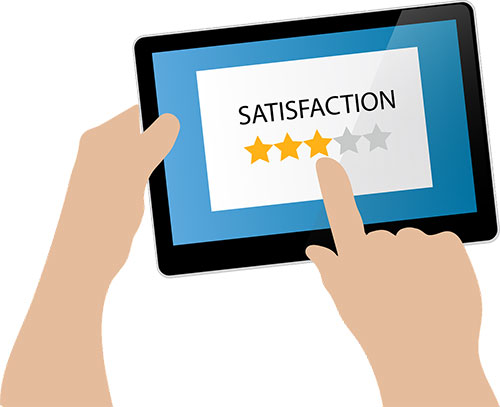 A push-to-web survey is a quantitative data collection method in which offline contact modes are used to encourage sample members to go online and complete a web questionnaire. This method is typically used when sampling frames do not include email addresses for all members of the study population.

​The decision to conduct a push-to-web survey rather than using an online panel should be guided by considerations of available research budget, speed and representativeness.

Push-to-web methods are typically used for web surveys that demand a random probability sample. This requires a sampling frame that allows identification of all eligible members of the survey population. Often these sampling frames do not include email addresses and it is therefore necessary to use offline contact methods. Depending on what contact information is available on the sampling frame, contact is usually made by post and sometimes by telephone. If email addresses or mobile telephone numbers are available for a proportion of sampled cases, then offline contact can be replaced by or supplemented with email and SMS contact for those cases.

Push-to-web surveys are costlier than online panels. A major driver of the cost is the need for multiple offline contact attempts to get beyond single figure response rates. Respondent incentives are also often required, particularly if the survey topic is not highly salient to the survey population. Generally, an alternative data collection mode is offered to web non-respondents which not only increases the response rate among on-liners but also increases the coverage of the population by giving off-liners an opportunity to take part in the survey. All of these efforts are costly but will reduce the risk of bias in the survey estimates.

The push-to-web method can be a suitable alternative to the Random Digital Dialling (RDD) method, particularly in those countries where RDD response rates have dropped below 10% but this will depend on other factors such as internet penetration and the effectiveness of offline access methods. For an example, see "the Fundamental Rights Survey" which is listed below under Best Case Studies.

Push-to-web surveys are a good choice for survey topics that are interesting or important for the study population, and where the questionnaire is relatively short and simple. However, push-to-web surveys that use long questionnaires and cognitively burdensome questions will increase break-off rates and reduce data quality compared to interviewer-administered modes which benefit from interviewer help and encouragement. Furthermore, questionnaires for push-to-web surveys should be suitable for completion on smartphones to maximise response and reduce break-offs (see Ipsos Encyclopaedia entry on device-agnostic surveys).

​This paper, written by a world-renowned survey methodologist, describes the reasons why we are witnessing the rise of web-push methods, and discusses the great promise of this method and its significant challenges.