Ipsos MORI’s latest Political Pulse, taken over the last weekend (January 7 - 10) shows public favourability towards Boris Johnson at its lowest level since the series began in November 2019. 20% of the public are favourable towards the Prime Minister (-4 points from November 2021) and 56% are unfavourable (+5 points). For comparison, just before the 2019 election 26% of the public were favourable towards Jeremy Corbyn and 56% unfavourable.

These numbers reflect a trend of falling ratings since last summer, with Mr Johnson’s net favourability score of -36 the lowest we have recorded in this polling series – which began just before the 2019 General Election. Only 38% of 2019 Conservative voters are now favourable towards Boris Johnson, down 9 points since November last year. 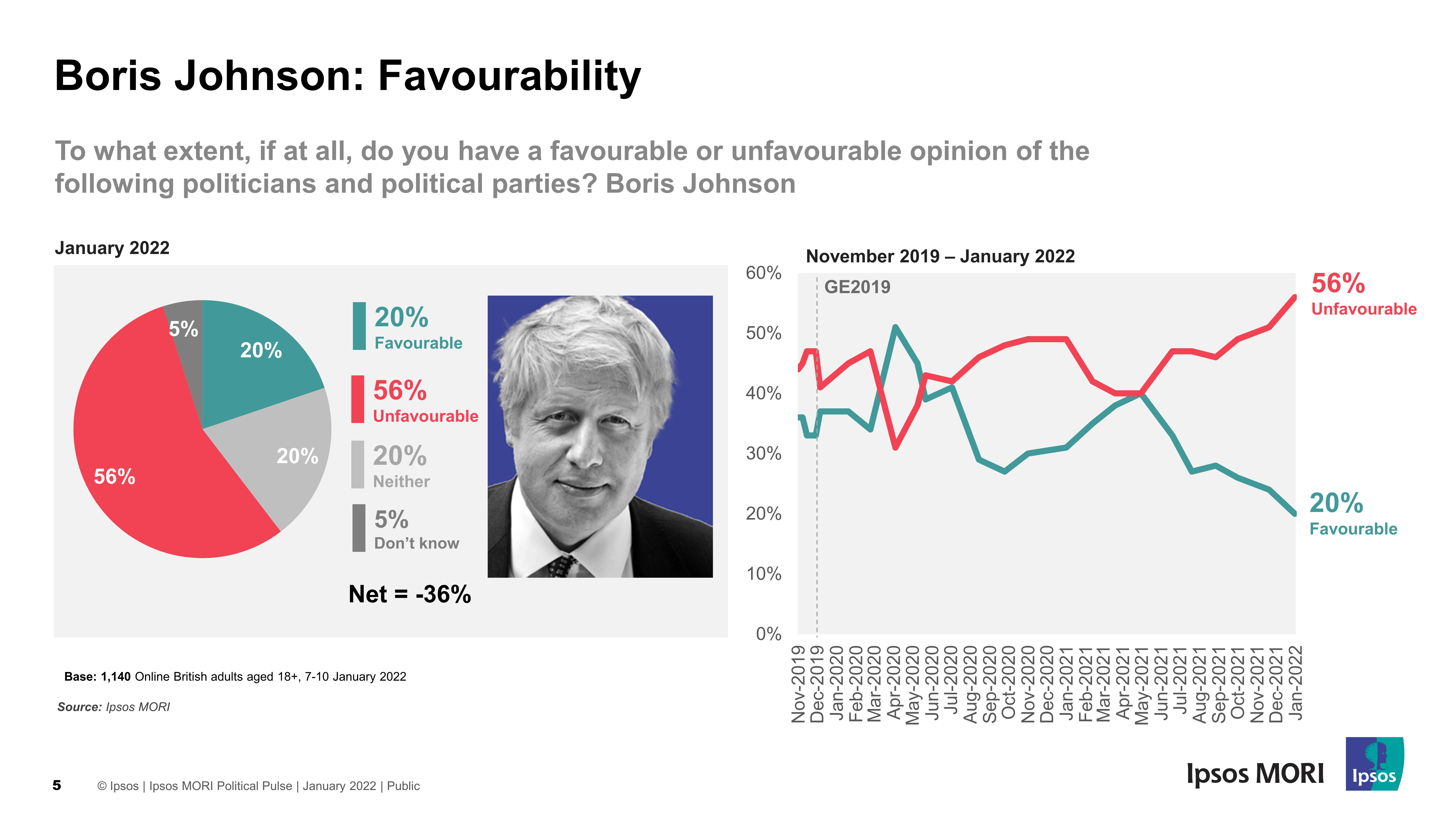 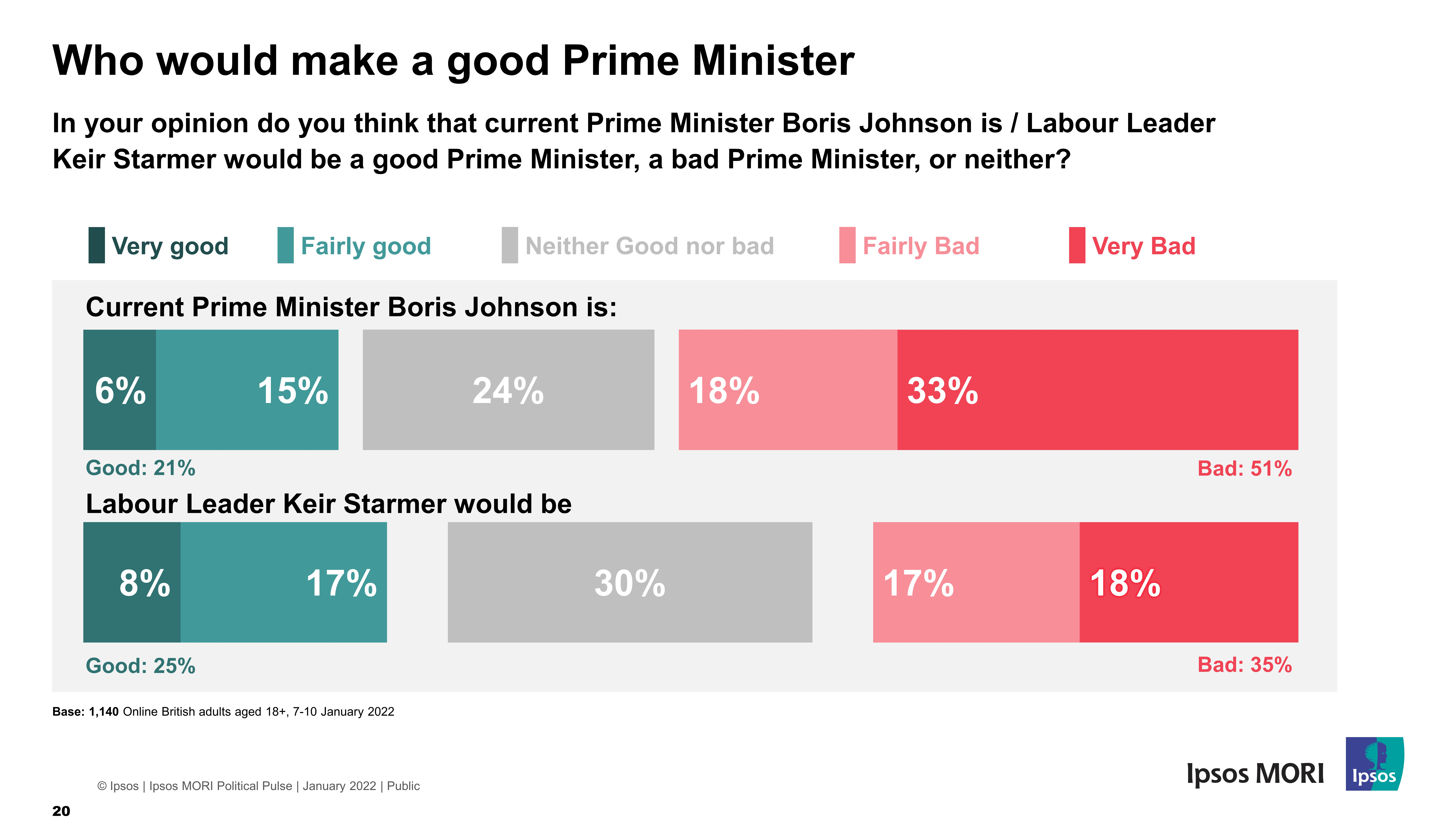 Gideon Skinner from Ipsos MORI said of the findings:

Even before the latest revelations, Boris Johnson’s ratings were on a downward trend, and just at this weekend reached the worst point we’ve measured for him in this series, not dissimilar to Jeremy Corbyn’s just before the 2019 election. The Prime Minister’s ratings have also fallen among his own supporters, although there is little sign that other leading Conservatives are improving their public perception at his expense, with for example public favourability towards the Chancellor also on a downward trend. This is all against a backdrop of continuing concern about the overall direction of the country. Meanwhile, Keir Starmer’s ratings are little changed this month (although he does get better ratings from his own voters than the Prime Minister) – however, still only a minority of the public think it is likely that the Labour leader will get to No.10 himself.

Ipsos MORI interviewed a representative sample of 1,140 Britons aged 18+. Interviews were conducted online from 7 – 10 January 2022. Data are weighted to match the profile of the population. All polls are subject to a wide range of potential sources of error.