Men and Conservative supporters see Brexit as the most important issue; for women and Labour supporters it is the NHS

The August Ipsos MORI/Economist Issues Index continues to show Brexit and the NHS heading the public’s list of the biggest issues facing Britain. Just under half – 48% - name the NHS as a concern, while 44% say Brexit is an important issue. Brexit remains in the lead as the single biggest issue facing the country, with 30% mentioning it, compared with 15% for the NHS and 11% for immigration. 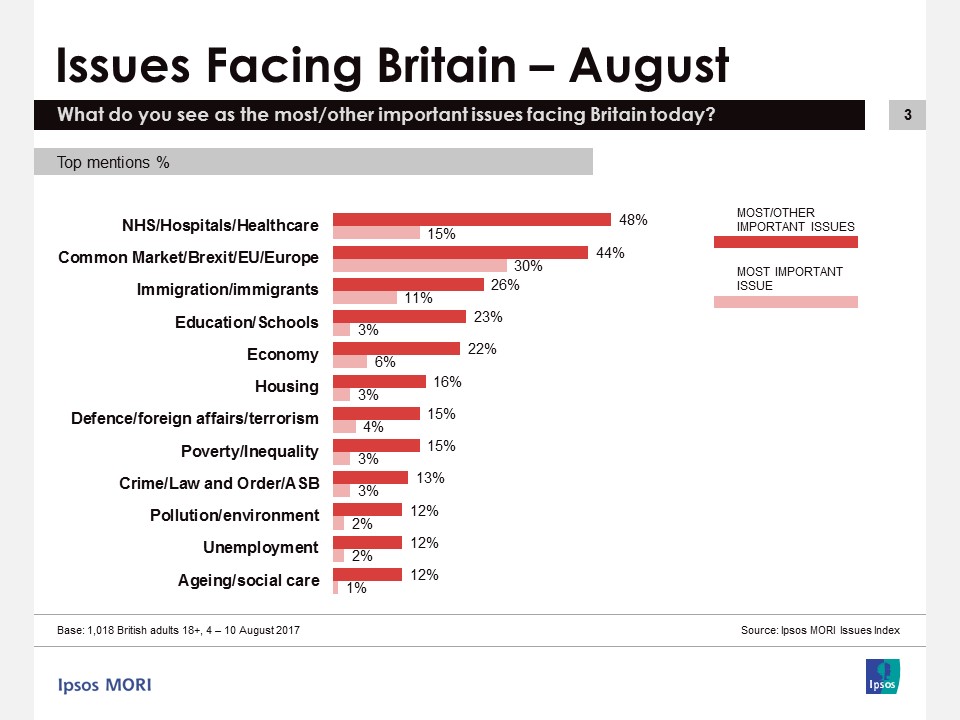 Concern about Brexit is much higher among some demographic groups than others. Those from social grades AB are twice as likely than C2DEs to see it as one of the biggest issues facing the country (64% versus 30%). Similarly, those aged 55 and over are twice as likely to see Brexit as an important issue than those aged 18-34 (56% compared with 27%).

Brexit is also mentioned as an issue by six in ten Conservative Party supporters (61% - versus 40% of Labour supporters) and half of men (49%, against 39% of women). Women and Labour party supporters, on the other hand, are more likely to worry about the NHS (52% and 56% respectively). 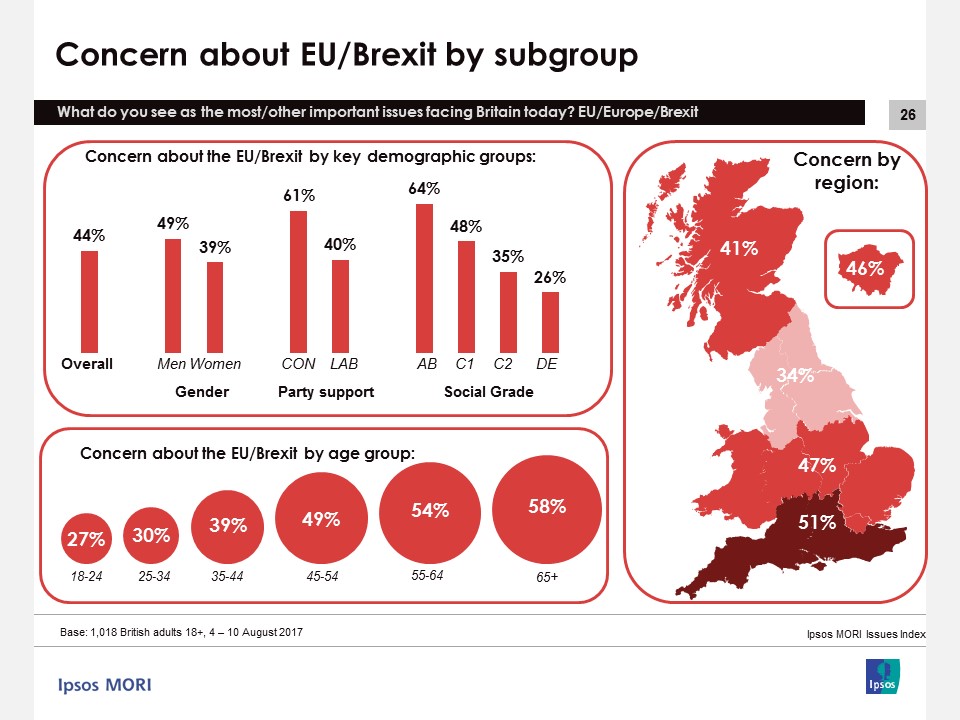 Ipsos MORI's Issues Index is conducted monthly and provides an overview of the key issues concerning the country. Ipsos MORI interviewed a representative quota sample of 1,018 adults aged 18+ across Great Britain. The questions are spontaneous - i.e. respondents are not prompted with any answers.

Ipsos MORI's Capibus vehicle was used for this survey. Interviews were conducted face-to-face in-home between 4 and 10 August 2017 at 192 sampling points across Great Britain. Data are weighted to match the profile of the population.