The new Ipsos MORI Captains of Industry survey finds that 86% of Captains agree that the Government’s policies will improve the state of the British economy, a markedly different picture from their attitudes to the last Labour government. 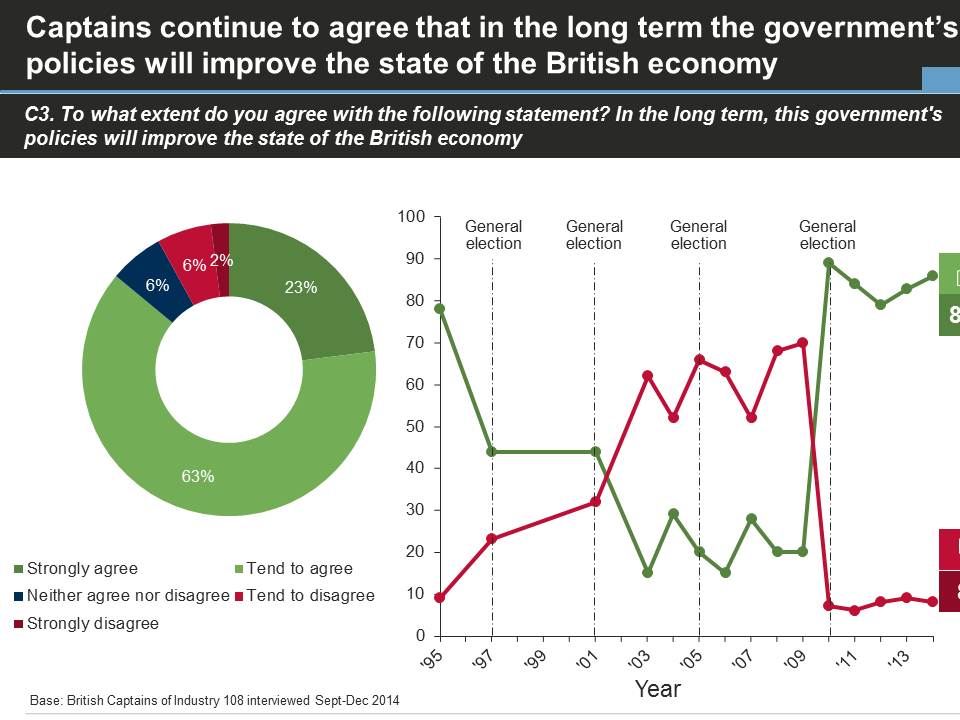 Only 12% of Captains of Industry predict that the country will elect a majority government. Most Captains (86%) consider that a hung parliament is the most likely outcome.  By a two to one margin think this is more likely to be with the Conservatives as the largest party (58%) rather than Labour (28%). 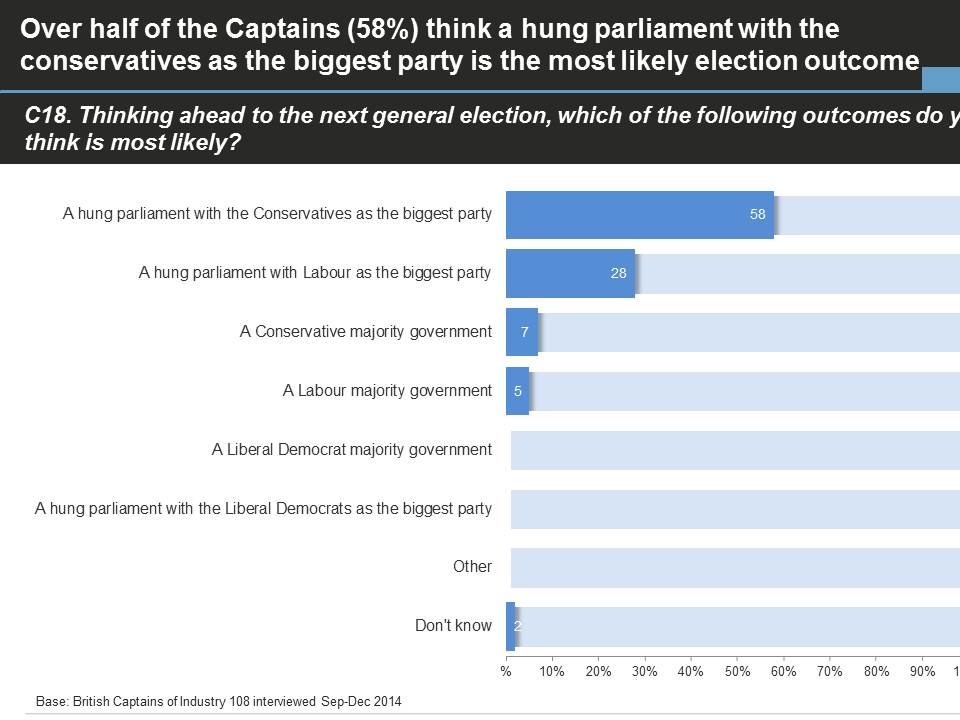 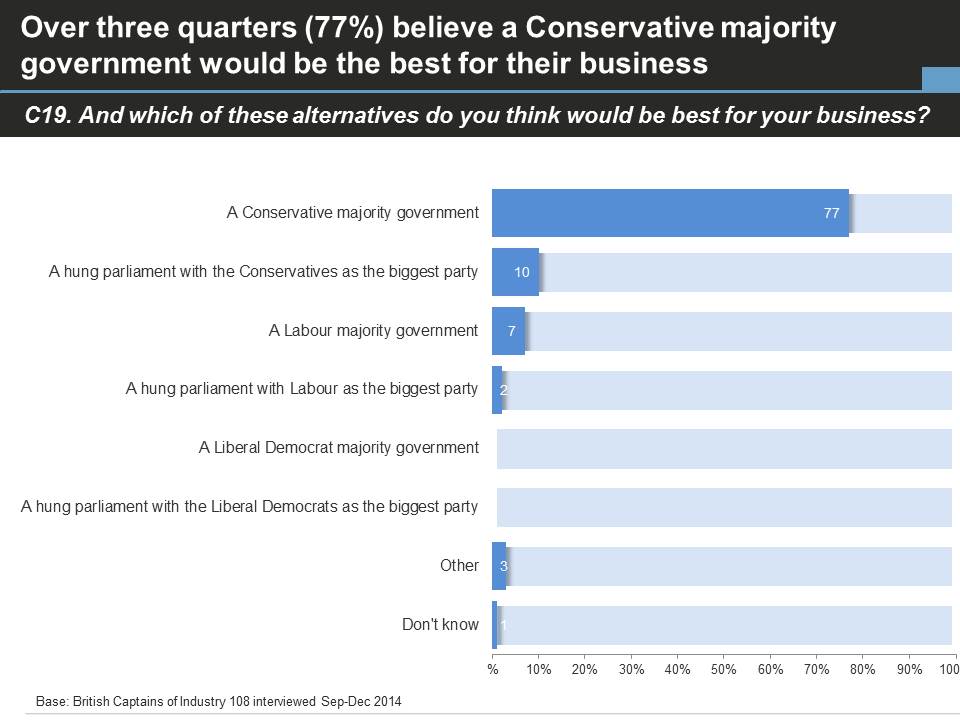 Ben Page, Chief Executive of Ipsos MORI said “As in previous studies, the bosses of the FTSE 500 remain loyally Conservative, perhaps because they regard a Conservative government as best for their business.  Their enthusiasm for this government is markedly higher than for previous governments of the last two decades, including Tony Blair’s initial years in power”.

Technical note: •This report presents findings of the 2014 study of Captains of Industry, widely acknowledged as the authoritative source of opinion on Britain's business elite. •Respondents are executive board-level directors and chairmen •Companies are from:      •top 500 industrials by turnover;      •top 100 financial companies by capital employed •A total of 108 respondents took part, details of which are provided below: •Fieldwork was conducted September –  December 2014 •104 interviews were conducted face-to-face and 4 by telephone