The June Ipsos MORI/Economist Issues Index reveals that over half (54%) of the British public see the NHS as one of the biggest issues facing Britain – this is seven percentage points lower than last month, but still the highest recorded score since June 2002. Brexit remains the second biggest issue, mentioned by 42% of the public. 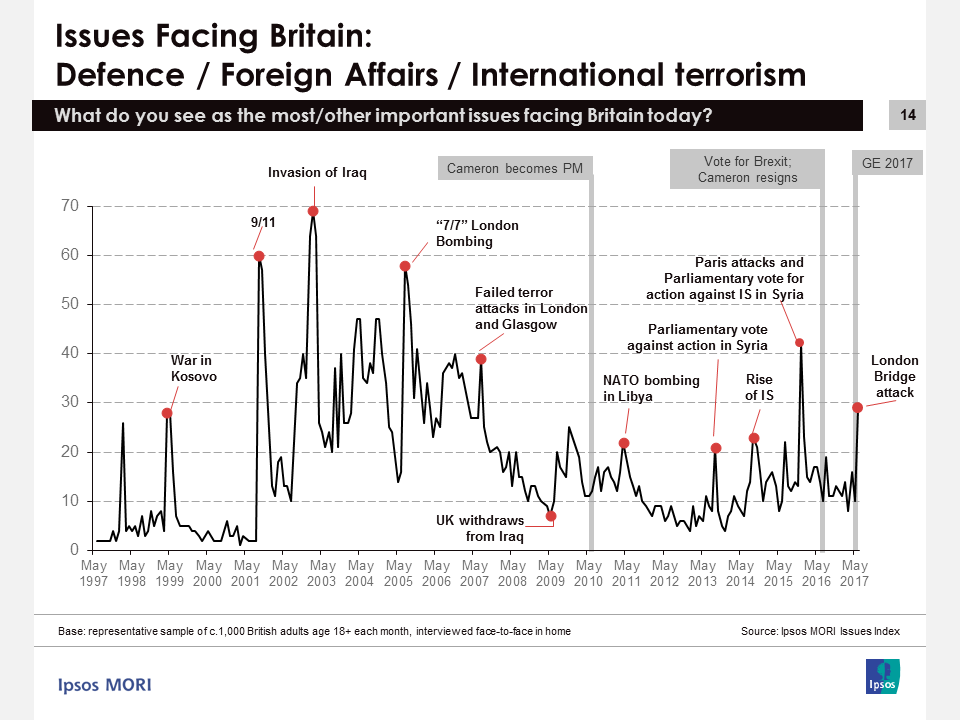 At 27%, the proportion who consider education to be one of the biggest issues facing the country remains at the highest recorded level since September 2006.

Concerns about both the economy and social care have risen following the election. 25% are concerned about the economy, rising to 38% of those from social grade AB.

The proportion who consider social care for an ageing population to be one of the biggest issues stands at 18% this month. This is the highest score since we started recording it in 2011. Concern is particularly heightened amongst those in social grades AB (27%), those aged 55 and over (26%), Conservative party supporters (24%) and women (21%).

When asked to name the single biggest issue facing the country, the largest proportion of the public say this is Brexit (25%), although almost one in five (17%) say it is the NHS. 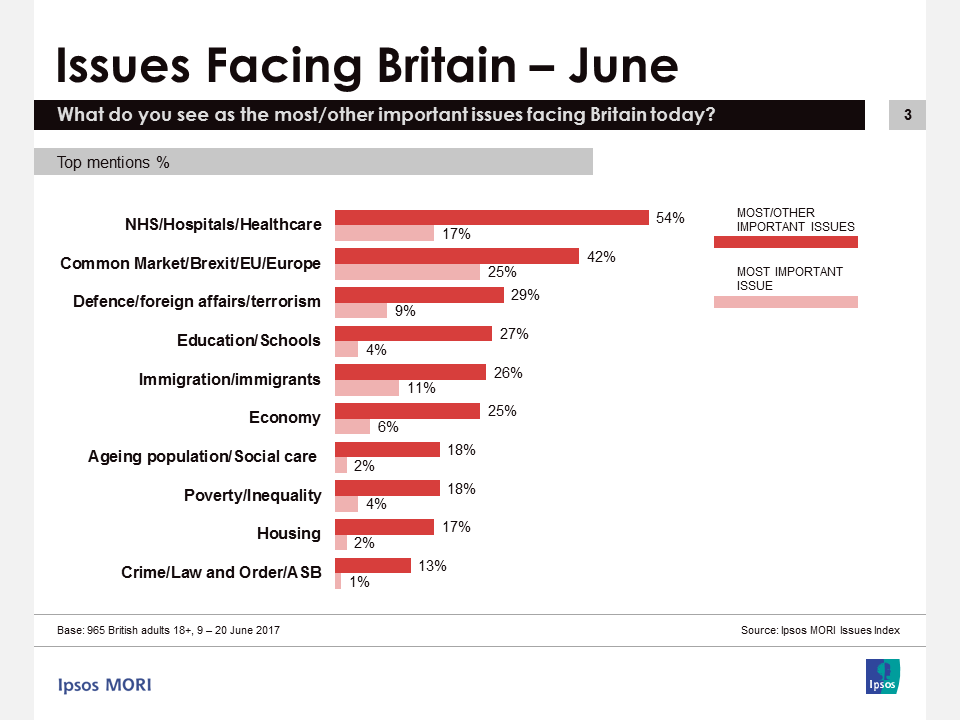 The NHS is an important issue for most demographic groups; it is considered an issue by 60% of those from social grades AB, 57% of C1s, 61% of Labour party supporters and half (46%) of Conservative supporters. Amongst those living in southern England (excluding London), concern is higher still, with two thirds (66%) seeing it as one of the biggest issues facing the country. 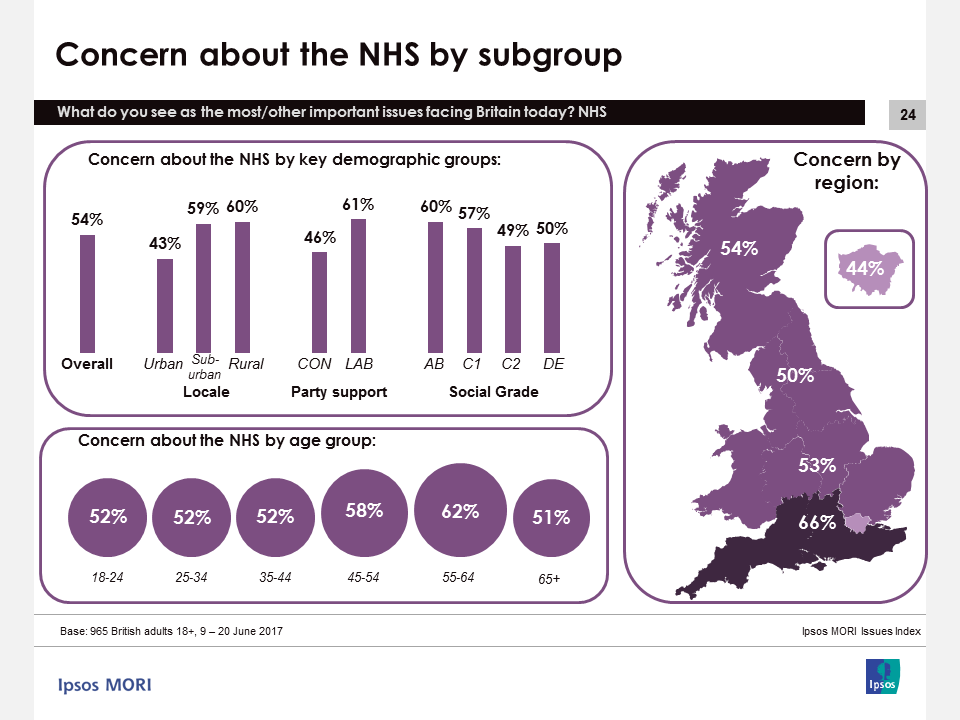 Ipsos MORI's Issues Index is conducted monthly and provides an overview of the key issues concerning the country. Ipsos MORI interviewed a representative quota sample of 965 adults aged 18+ across Great Britain. The questions are spontaneous - i.e. respondents are not prompted with any answers.

Ipsos MORI's Capibus vehicle was used for this survey. Interviews were conducted face-to-face in-home between 9 and 20 June 2017 at 223 sampling points across Great Britain. Data are weighted to match the profile of the population.