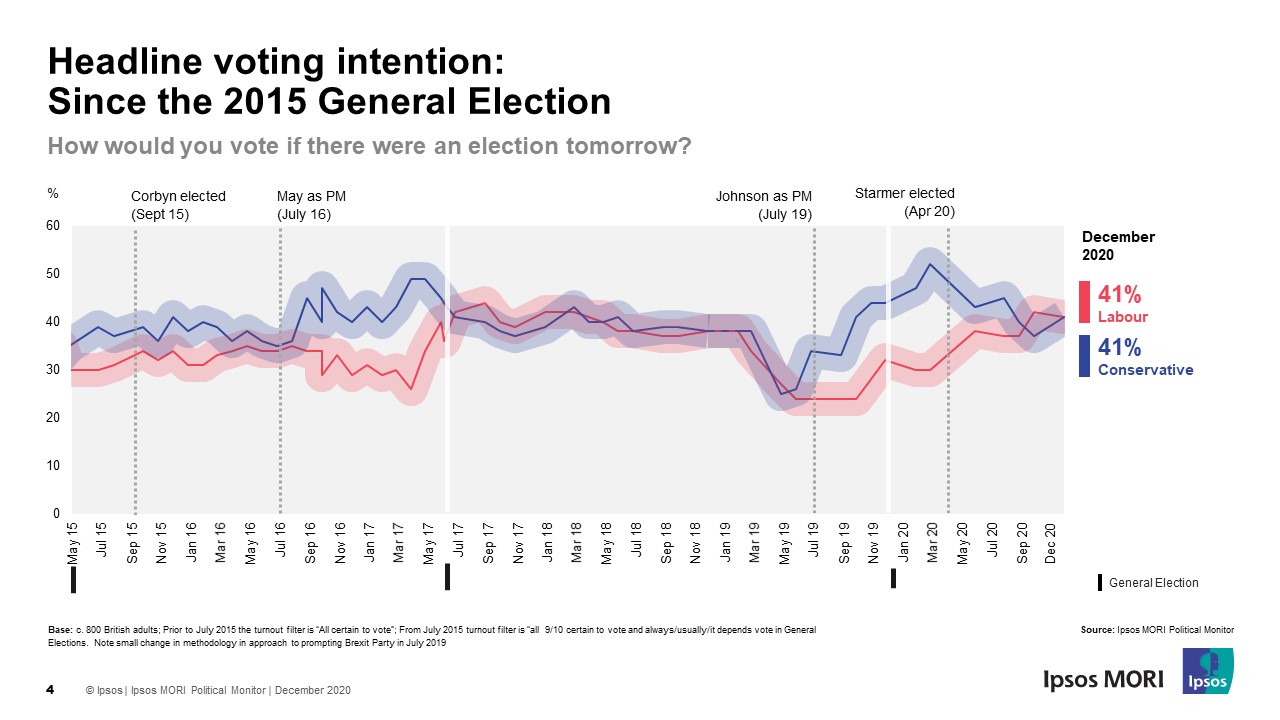 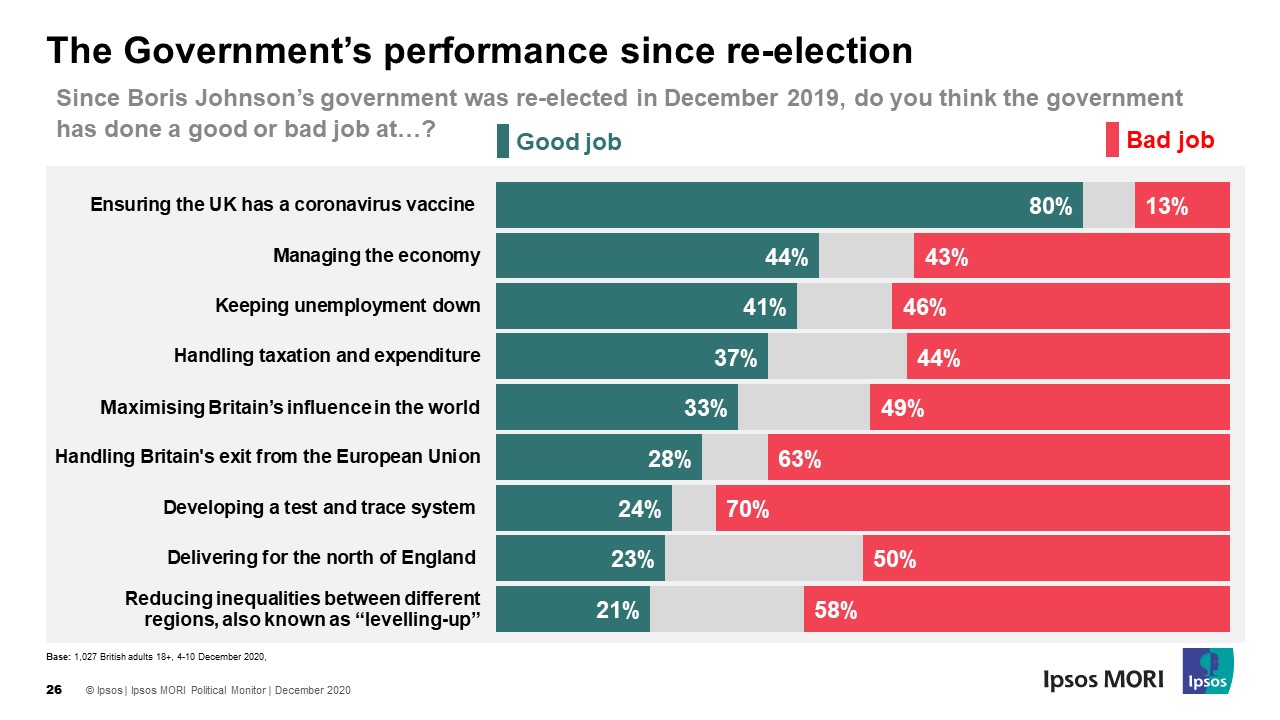 There has been a pre-Christmas boost in public ratings for the government and the Prime Minister, thanks in part to the coronavirus vaccine, which is seen as good news across the country. Taking a longer term view, despite the levels of pessimism the government is also given some credit for how it’s managed the economy - but on two of the core issues it was elected on last December, Brexit and levelling-up, the public’s scorecard is more harshly marked. 2020 has been dominated by the challenges thrown up by the pandemic, but although 2021 looks more hopeful on that front public priorities can change quickly, and the government will need to show it can deliver on the recovery next year.

Ipsos MORI interviewed a representative sample of 1,027 adults aged 18+ across Great Britain. Interviews were conducted by telephone 4th – 10th December, 2020 Data are weighted to the profile of the population. All polls are subject to a wide range of potential sources of error. On the basis of the historical record of the polls at recent general elections, there is a 9 in 10 chance that the true value of a party’s support lies within 4 points of the estimates provided by this poll, and a 2 in 3 chance that they lie within 2 points.