Ipsos MORI’s latest Political Monitor asks the public what characteristics it associates with the Conservative Party. Highlights include: 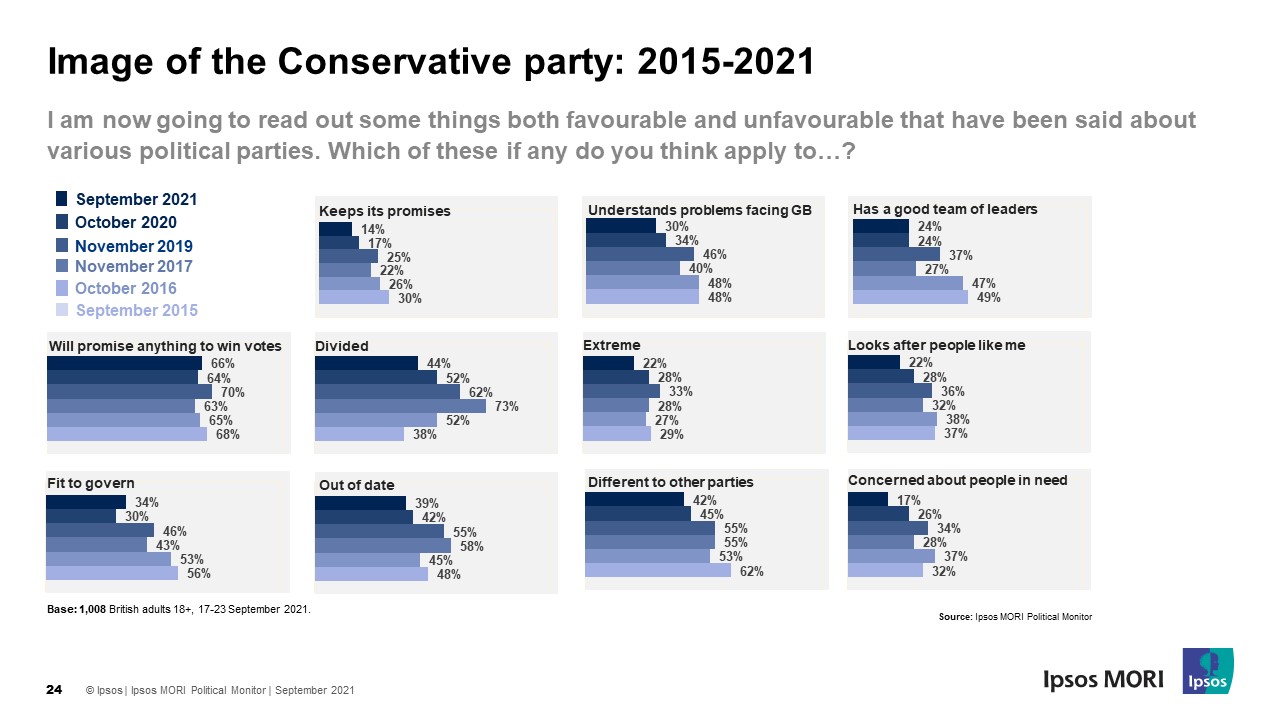 When compared to the Labour Party, the Conservatives lead Labour by 5 points or more on:

Whereas Labour leads the Conservatives by more than 5 points on: 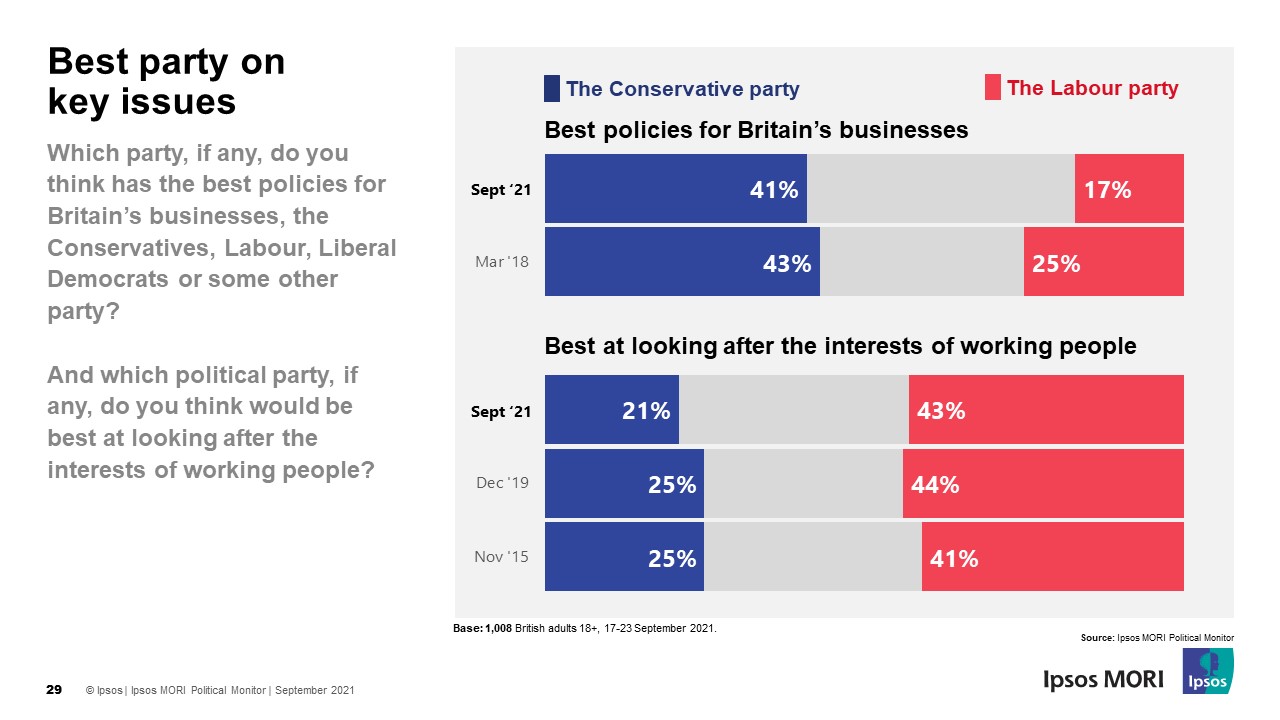 And finally, 44% say the Government has handled the Covid pandemic fairly or very well, with 36% saying fairly or very badly, giving a net score of +8 well, compared to +7 well in August.

The Conservatives go into their conference with a base to build on: ahead in the polls, the Prime Minister still with the backing of Conservative voters, net positive scores for their handling of Covid, and an Opposition seemingly making little progress in convincing the public that they are a credible alternative government. However, belief that the party is genuinely looking out for ordinary people’s interests – and particularly those in real need - has taken a hit compared with the hopes just before they won the 2019 election. Addressing growing concerns about the economy, and making the argument that the Conservatives really are the best party to improve living standards for working people, are likely to be key priorities for Boris Johnson and his team in Manchester.

Other releases from Ipsos MORI's September 2021 Political Monitor can be found here and here.

Ipsos MORI interviewed a representative sample of 1,008 adults aged 18+ across Great Britain. Interviews were conducted by telephone: 17th to 23rd September 2021. Data are weighted to match the profile of the population. All polls are subject to a wide range of potential sources of error. On the basis of the historical record of the polls at recent general elections, there is a 9 in 10 chance that the true value of a party’s support lies within 4 points of the estimates provided by this poll, and a 2 in 3 chance that they lie within 2 points. This is especially important to keep in mind when calculating party lead figures.