New research from Ipsos MORI indicates that during the 2015 General Election, politics has (mostly) won the social media battle against entertainment news stories.

Over the course of the campaign Ipsos MORI has been measuring the volume of discussion on social media that mentions either David Cameron or Ed Miliband, and placed this in the context of UK newspaper coverage and coverage of the top celebrity stories.

The project collected over 1 million mentions of the two party leaders between 16th March and 3rd May, counting only those known to originate from the UK. 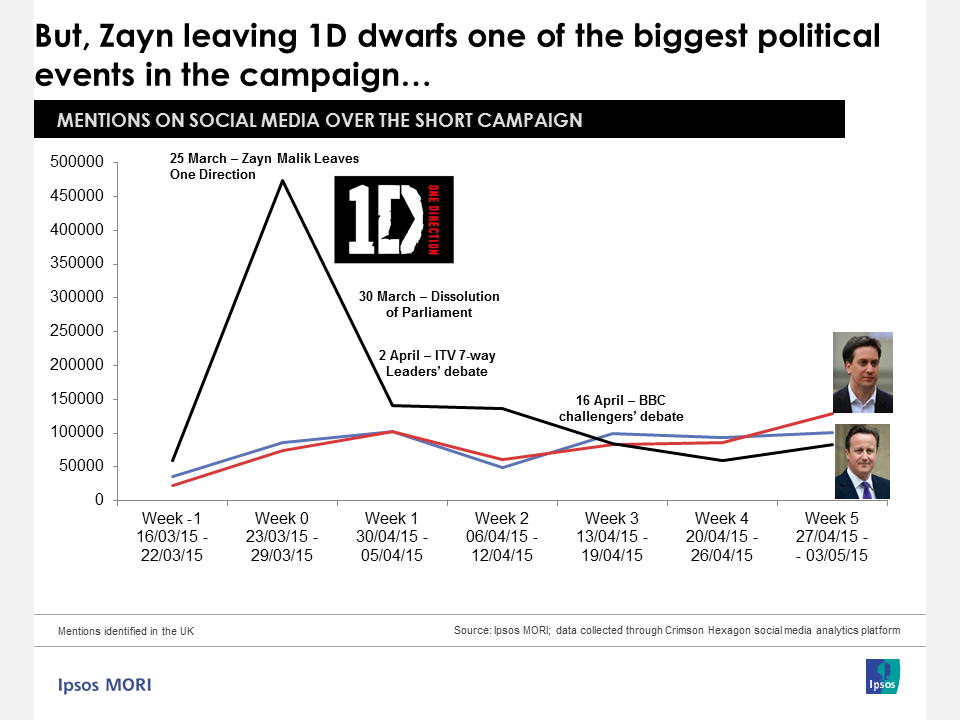 A summary of the key findings from the research are: 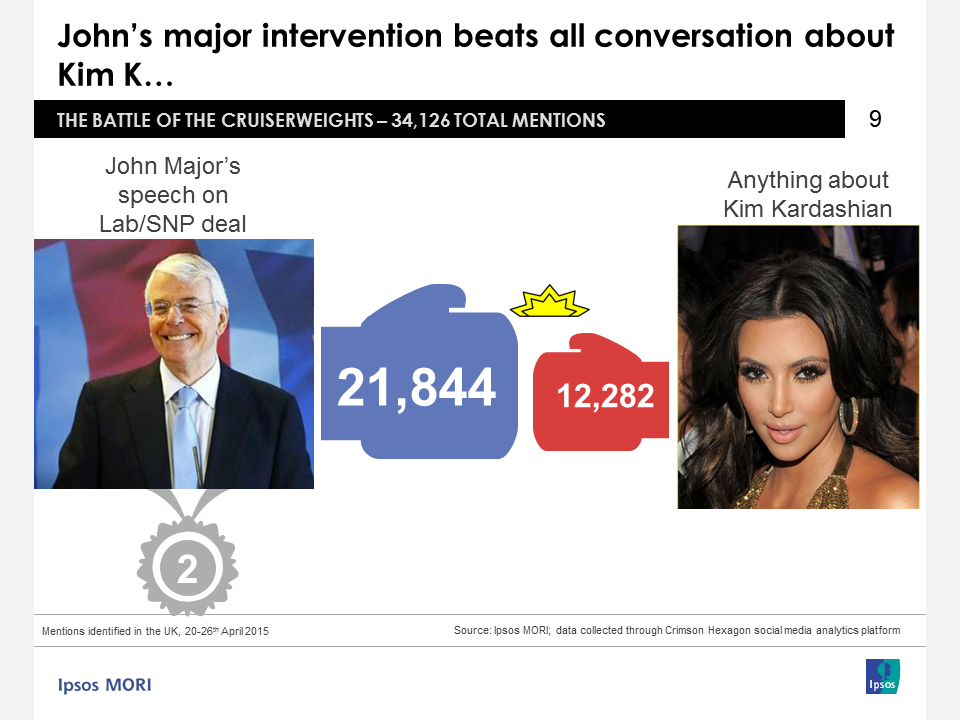 This analysis is a useful reminder that social media is not just a forum for celebrity gossip and slightly amusing gifs.  There has been a serious amount of political discussion through tools like Twitter – although a lot of that will have been irreverent and satirical.  As our previous research has shown, people say that social media is making political debates more accessible – and lowering the tone.

The extent to which this will actually affect how people vote is less clear – but we know its influence will grow: over a quarter of young people say social media will affect their vote, which is much greater than older generations.

Social Media in the 2015 election from Ipsos MORI