Theresa May’s re-commitment to reduce net migration to the ‘tens of thousands’ yesterday shows that the debate is still seen as a numbers game. But does the public support the pledge, featured in both the 2010 and 2015 Conservative manifestos?

Concern about immigration shaped the Brexit debate and will now play a big part in the general election.  As the shape of the UK’s future relationship with the EU is still up for debate, we know that concern about immigration has been high in the British public’s mind since the early 2000s.  It became the focus of the Brexit debate, with half (48%) mentioning it as the key issue facing Britain in the month of the referendum (a ten-point surge on the previous month)1.  Although it has dropped as a concern over the last year, as the closely related issue of Brexit has risen, our latest Political Monitor shows that it remains in the top 5 issues that will be important to how people vote on 8 June.

When it comes to setting targets, the public combines strong support for having targets - with a long-held scepticism that these will be met!  Our latest survey the shows that the majority of Britons remain unconvinced that Theresa May will be successful in cutting net migration down to the ‘tens of thousands’ in the next few years. Two in three (68%) say that it is unlikely that the Conservatives will be able to achieve this target while just 18% think that they will. 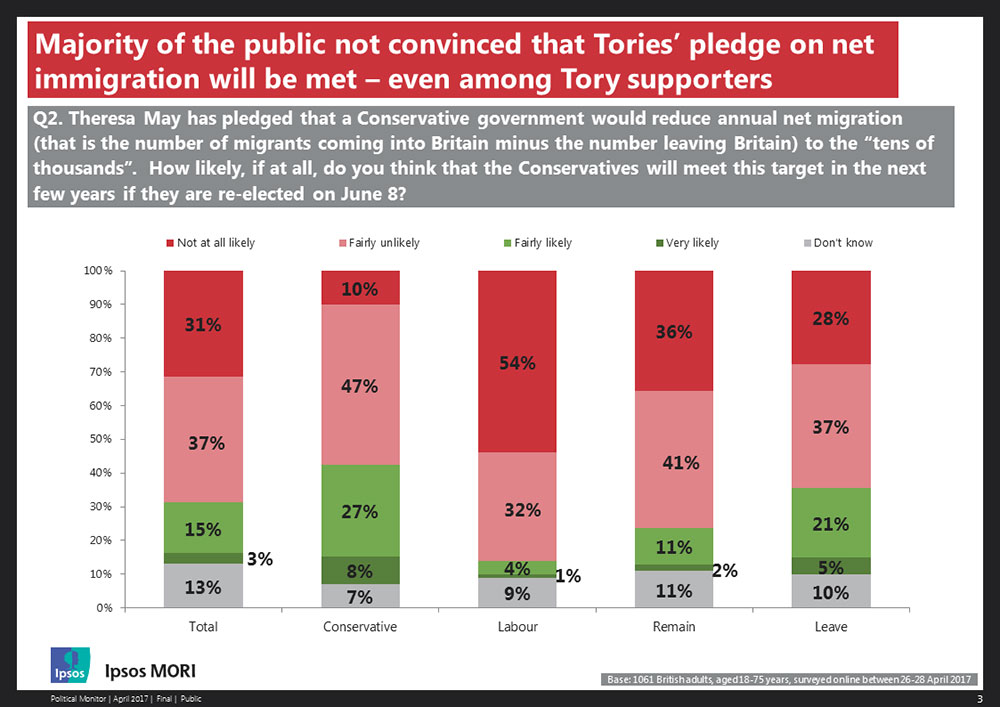 Even among Tory supporters, where Theresa May receives such high approval ratings, six in ten (58%) do not think she will be able to meet her manifesto pledge.  But the public has always been critical of the government’s record on immigration and no one political party is seen as having a convincing policy on it.  Prior to the 2015 general election only 15% of the public said their own party’s policies completely reflected their views on immigration.

So it remains perfect political sense for the Conservatives to maintain their pledge – but there are three other points.

First, even if the government can achieve the target, there is little evidence it would make people that happy.  Back in 1995, before the surge in immigration, when net migration was only 60,000 per year, still two-thirds of people wanted immigration reduced further.  People do not think in or notice flows of people, they notice stock – and even lower net migration will still mean more immigrants.

Second, the public has more nuanced views on immigration than they’re often given credit for; overall numbers are only part of the story, and they do not oppose all forms of immigration.  They welcome the highly skilled (such as doctors and nurses) and in some industries that are heavily reliant on migrant labour (such as care homes). 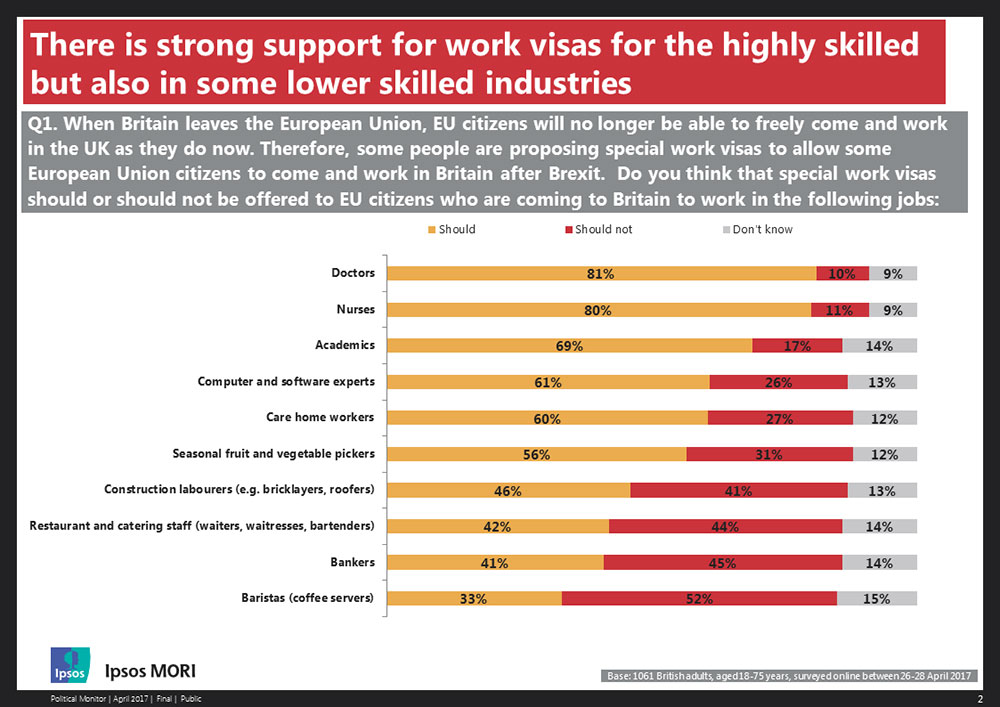 And third, while the immediate political gamble for Theresa May of sticking with a target is small, there are longer term effects of making a pledge that will be difficult to achieve, even in a post-Brexit Britain.  Trust can be badly hit, and the public can react angrily: arguably, Brexit itself is partly a reflection of the public losing patience with missed promises on immigration.

Public opinion on immigration is never just a numbers game.