This month’s Economist/Ipsos MORI issues index shows that a third of the public (33%) are concerned about the economy, an increase of three percentage points since last month, and the first month on month rise in concern about this issue in over a year. Concern about the economy rises to 45% amongst ABC1s aged 35-54, compared with just 22% of C2DEs aged 18-34. 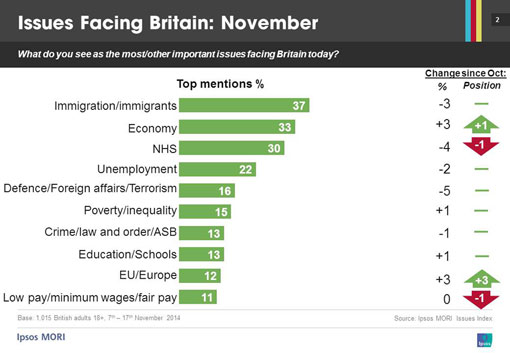 However, despite this increase, the issue of most concern is immigration, as it has been since June (though prior to October it was measured in conjunction with race relations). It is mentioned by 37%, and concern rises to 56% amongst C2DEs aged 55+. 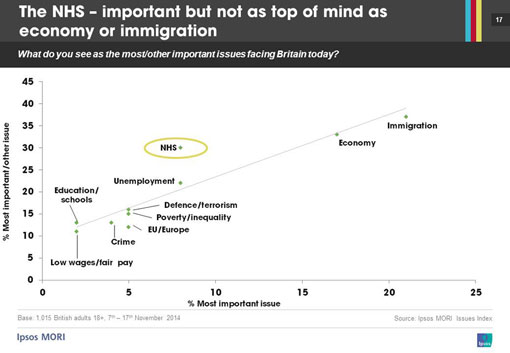 Following David Cameron announcing his refusal to pay a £1.7billion bill to the EU, concern about Europe has increased to 12%, which is the equal highest level of concern since June 2005. However it is only the ninth most important issue – and concern about the EU has been much higher in the past – peaking at 37% in June 1999, when it was the most important issue facing Britain.

Technical note Ipsos MORI's Issues Index is conducted monthly and provides an overview of the key issues concerning the country. Ipsos MORI interviewed a representative quota sample of 1,015 adults aged 18+ across Great Britain. The questions are spontaneous - i.e. respondents are not prompted with any answers. Ipsos MORI's Capibus vehicle was used for this survey. Interviews were conducted face-to-face in-home between 7th-17th November in 178 sampling points across Great Britain. Data are weighted to match the profile of the population.