Concern about the economy falls to the lowest point in five years as concern about race/immigration, poverty and housing rises

The August Economist/Ipsos MORI Issues Index shows that, though it remains the most important issue facing Britain today, mentioned by 43% of the public, concern about the economy has fallen by eight percentage points since last month, and is at the lowest level of concern since August 2008. This comes after George Osborne’s claim last month that the UK economy is “on the mend”. It also coincides with our recently released Political Monitor data, showing economic optimism at a three and a half year high. 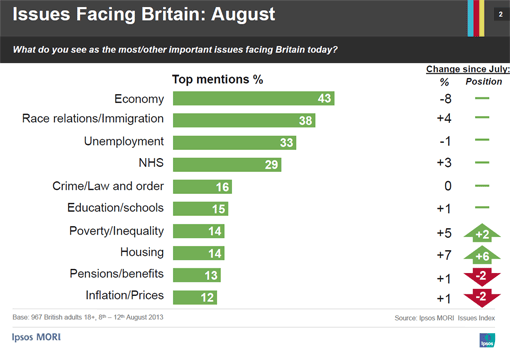 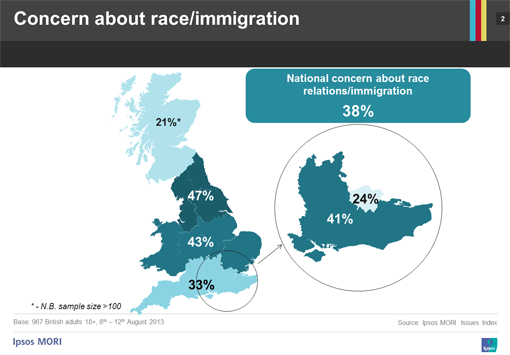 Two issues that dropped away last month but have seen concern rise this month are poverty/inequality and housing. Both now stand at 14%, following rises of 5 and 7 percentage points respectively. Indeed, concern about housing is now at its highest point since May 2008, and coinciding with figures showing that house prices have recently returned to a level not seen since before the 2008 financial crisis. 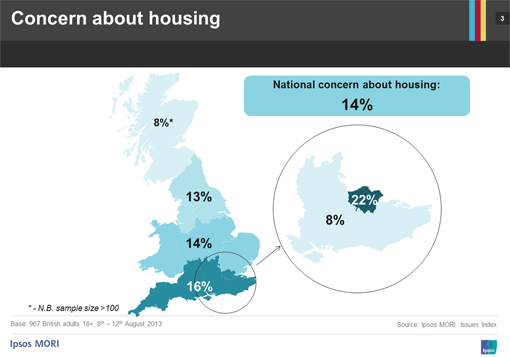 Ipsos MORI's Issues Index is conducted monthly and provides an overview of the key issues concerning the country. Ipsos MORI interviewed a representative quota sample of 967 adults aged 18+ across Great Britain. The questions are spontaneous - i.e. respondents are not prompted with any answers.  Ipsos MORI's Capibus vehicle was used for this survey. Interviews were conducted face-to-face in-home between 2nd-8th August in 166 sampling points across Great Britain. Data are weighted to match the profile of the population.