More people now expect the economy to improve in the next year than think it will get worse according to the latest Ipsos MORI Political Monitor. This is the first time the Economic Optimism Index has been positive in exactly three years.

Just over a third (35%) of Britons believe the economy will improve in the next twelve months while 30% think it will get worse, giving an Economic Optimism Index score of +5 (% improve minus % get worse). This is the fourth consecutive month that Britain’s economic optimism has risen and is the first time it has been positive since July 2010. As recently as March this year just 18% said they thought the economy would improve in the next year. 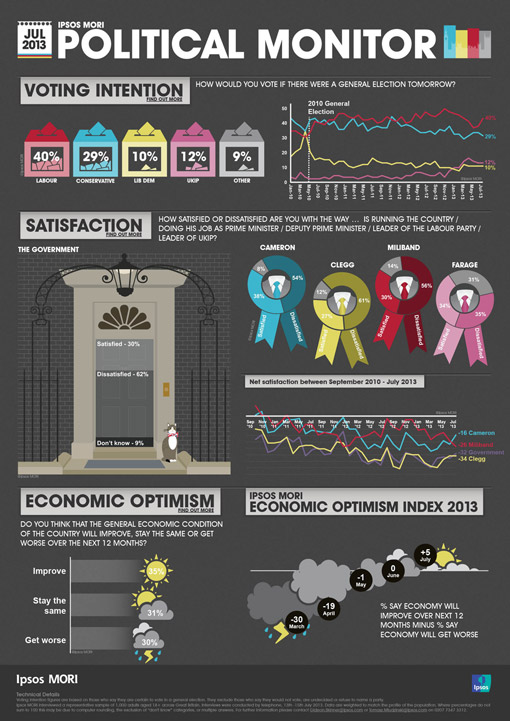 “There’s something here for all parties.  The economic mood continues to brighten, and David Cameron scores his highest personal rating so far this year.  Meanwhile after two months of softening support, Labour’s vote returns to where it was earlier this year.”

Technical details
Ipsos MORI interviewed a representative sample of 1,000 adults aged 18+ across Great Britain. Interviews were conducted by telephone 13th – 15th July 2013.  Data are weighted to match the profile of the population.