Ipsos MORI’s Political Monitor shows three in five (58%) Britons lack confidence that Boris Johnson will get a good deal for Britain from the ongoing negotiations with the European Union. Two in five (39%) however are confident in the Prime Minister to get a good deal, which is up nine points from when last asked in September 2019. 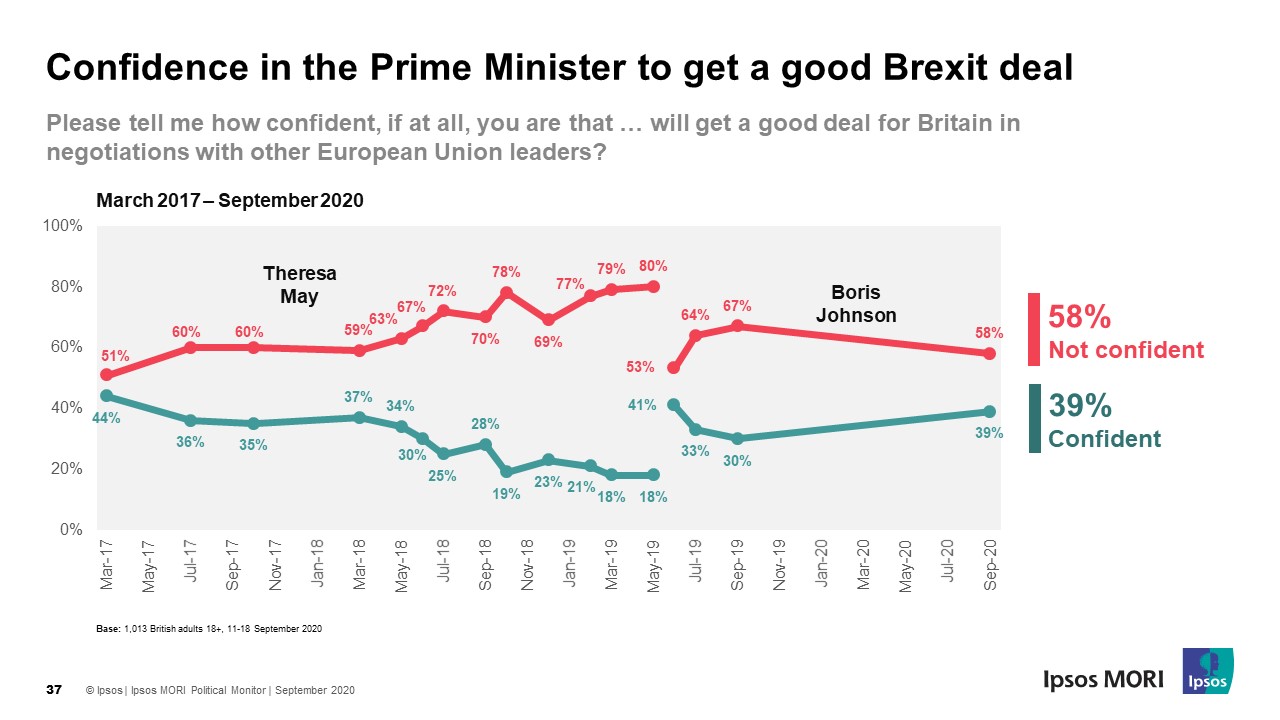 Keir Starmer receives a similar score to Boris Johnson with 37% saying they would be confident in the Labour leader to get a good deal if he were Prime Minister (50% would not be confident), which improves on the ratings Jeremy Corbyn achieved during his tenure. 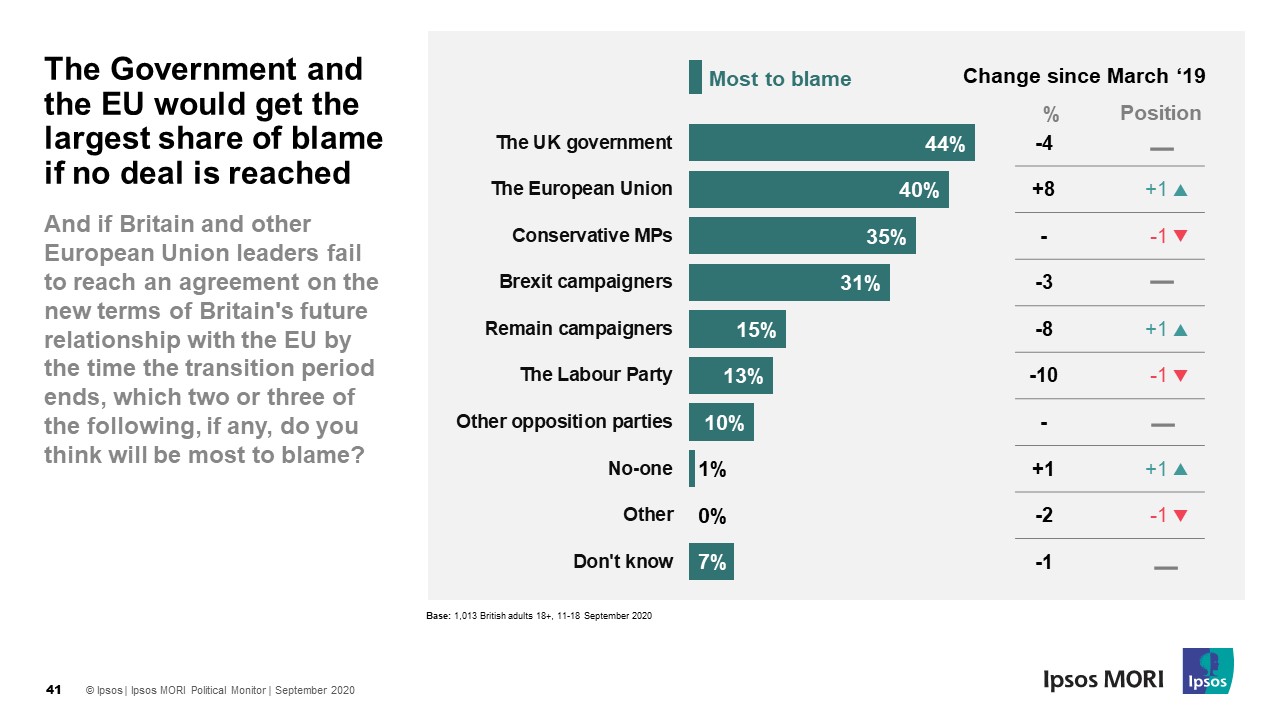 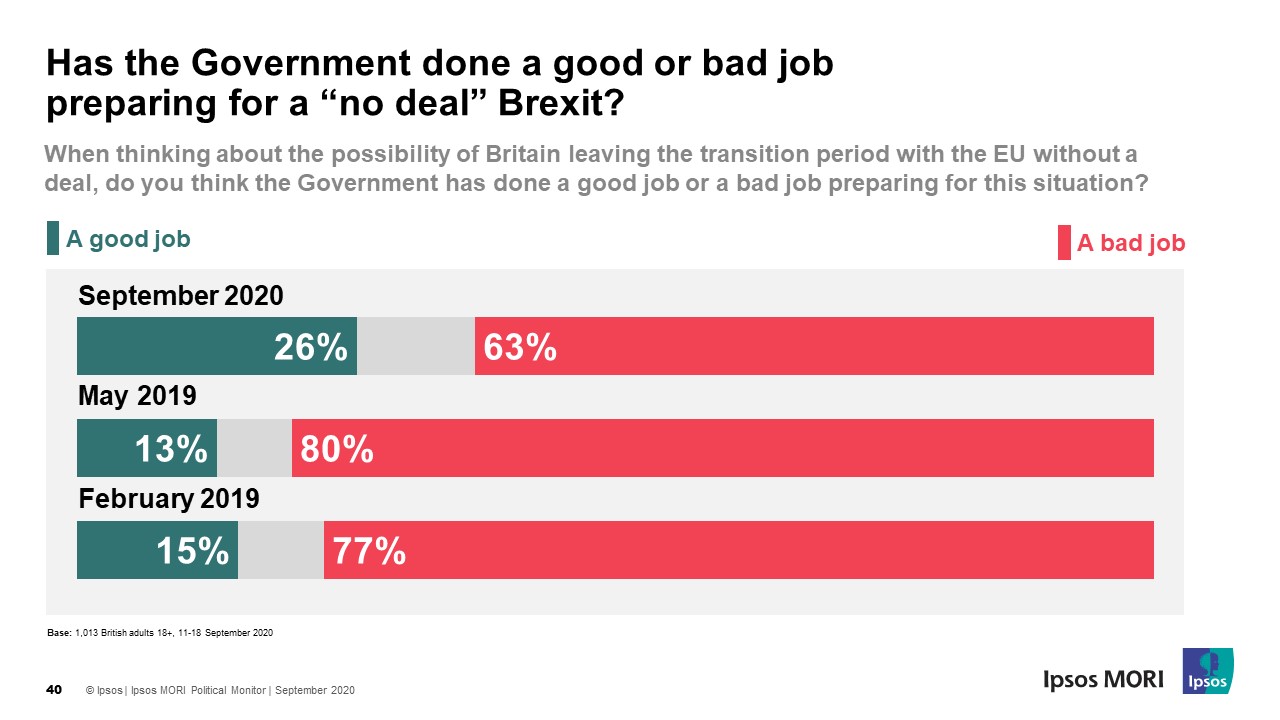 Britons are still pretty pessimistic about the prospects of getting a good deal from the Brexit negotiations, and the preparations for a no deal if we don’t.  However, there is more optimism than last year – mainly among the Prime Minister’s own supporters, who have also become more likely to blame the EU if no deal is reached by the end of transition, suggesting since the election he has succeeded in getting them behind his approach.

Ipsos MORI interviewed a representative sample of 1,013 adults aged 18+ across Great Britain. Interviews were conducted by telephone 11th September – 18th September 2020.  Data are weighted to the profile of the population. All polls are subject to a wide range of potential sources of error. On the basis of the historical record of the polls at recent general elections, there is a 9 in 10 chance that the true value of a party’s support lies within 4 points of the estimates provided by this poll, and a 2 in 3 chance that they lie within 2 points.