Impact and handling of Brexit

45% of Britons think Brexit has had a negative impact on the country. This figure has increased 5 points from June but is comparable to the 46% that said the same in January 2020.

28% think Brexit has had a positive impact on the country – up a point from June but down 5 points from January last year. 17% say it has made no difference (down 7 from June) and 10% don’t know (up one). 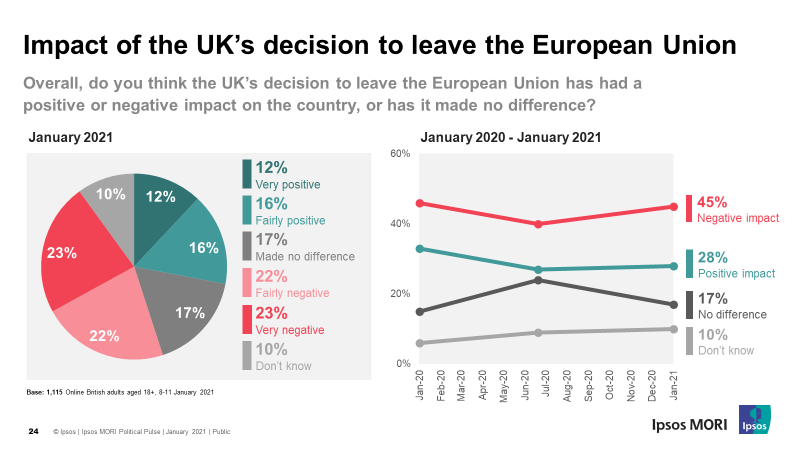 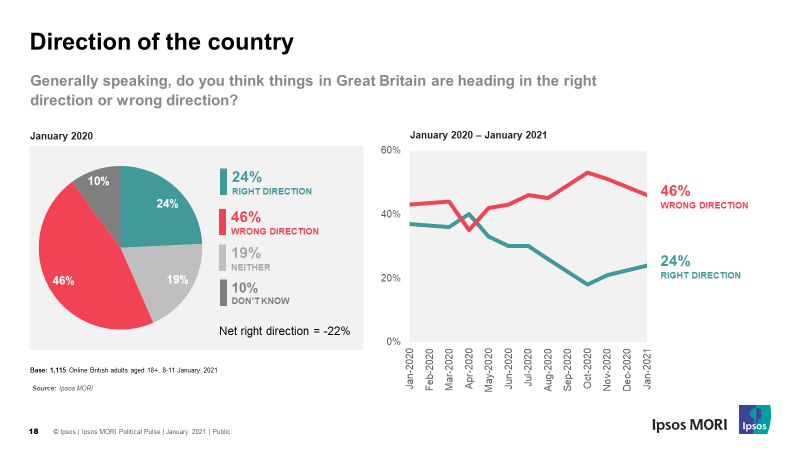 Favourability tracking for parties and their leaders 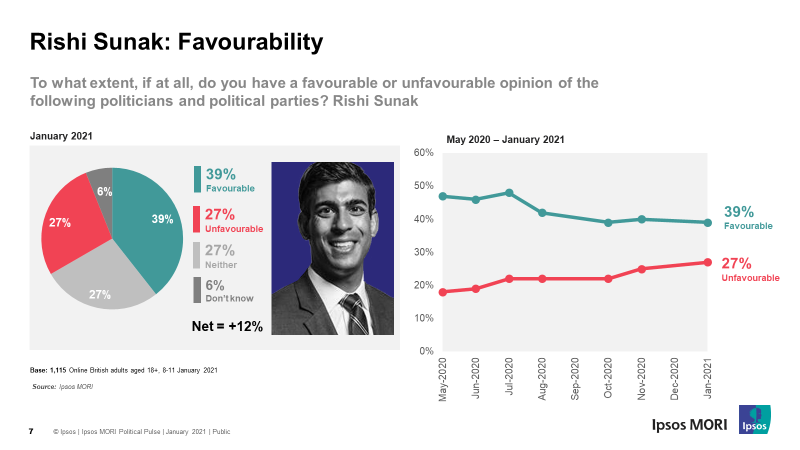 With Brexit continuing to divide opinion and widespread concern about COVID, it is unsurprising that Britons are pessimistic about the direction of the country – though they are less pessimistic than they were in late 2020.
As we look ahead at 2021 politically, Rishi Sunak’s poll ratings are worth watching. The Chancellor remains the most favourably viewed politician on our list but his scores are gradually softening over time. It will be interesting to see if that continues, or not, as the political debate over Britain’s post COVID economic recovery gathers pace this year.