Almost three quarters (73%) of the British public agree that investing in infrastructure is vital to the country’s future economic growth but 58% do not believe enough is being done to meet infrastructure needs. 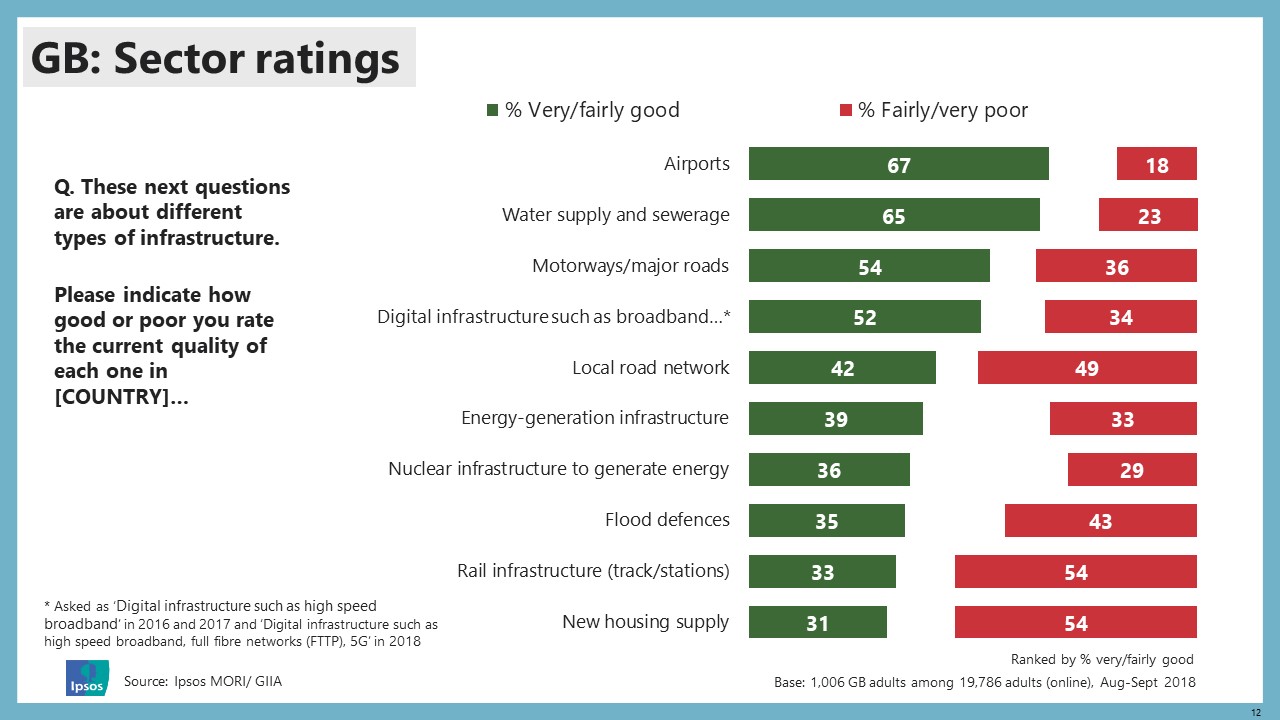 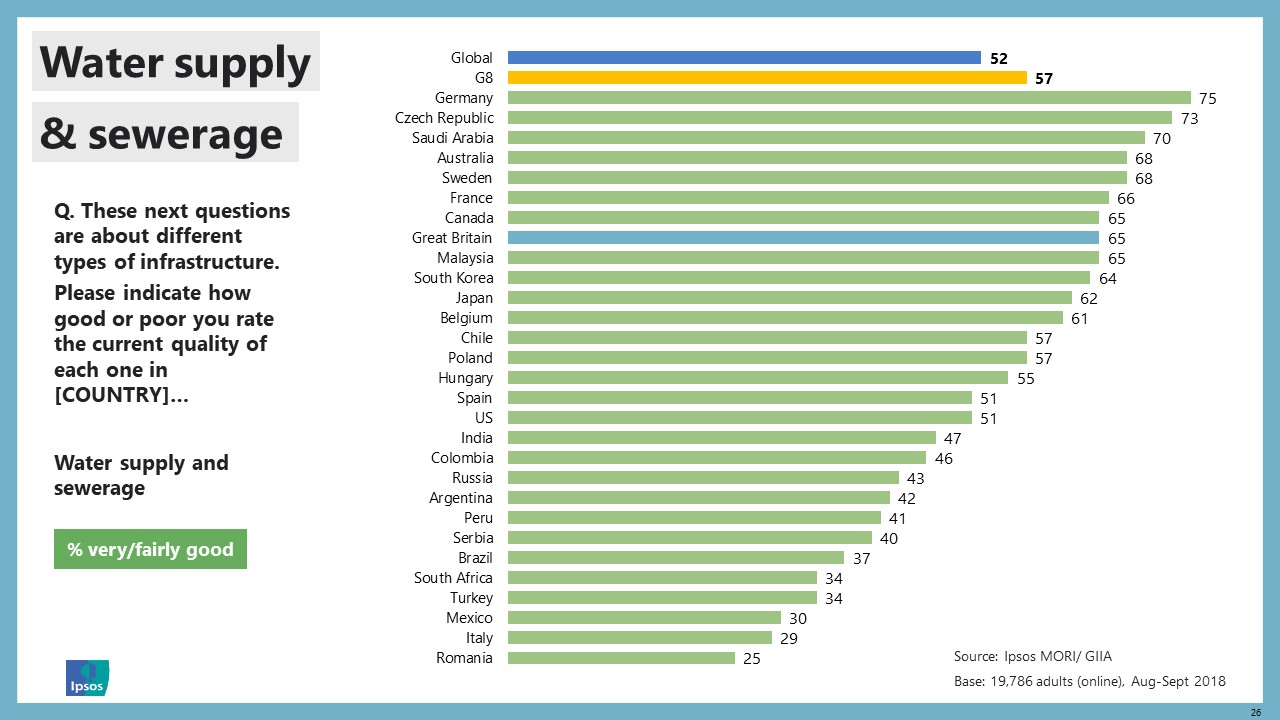 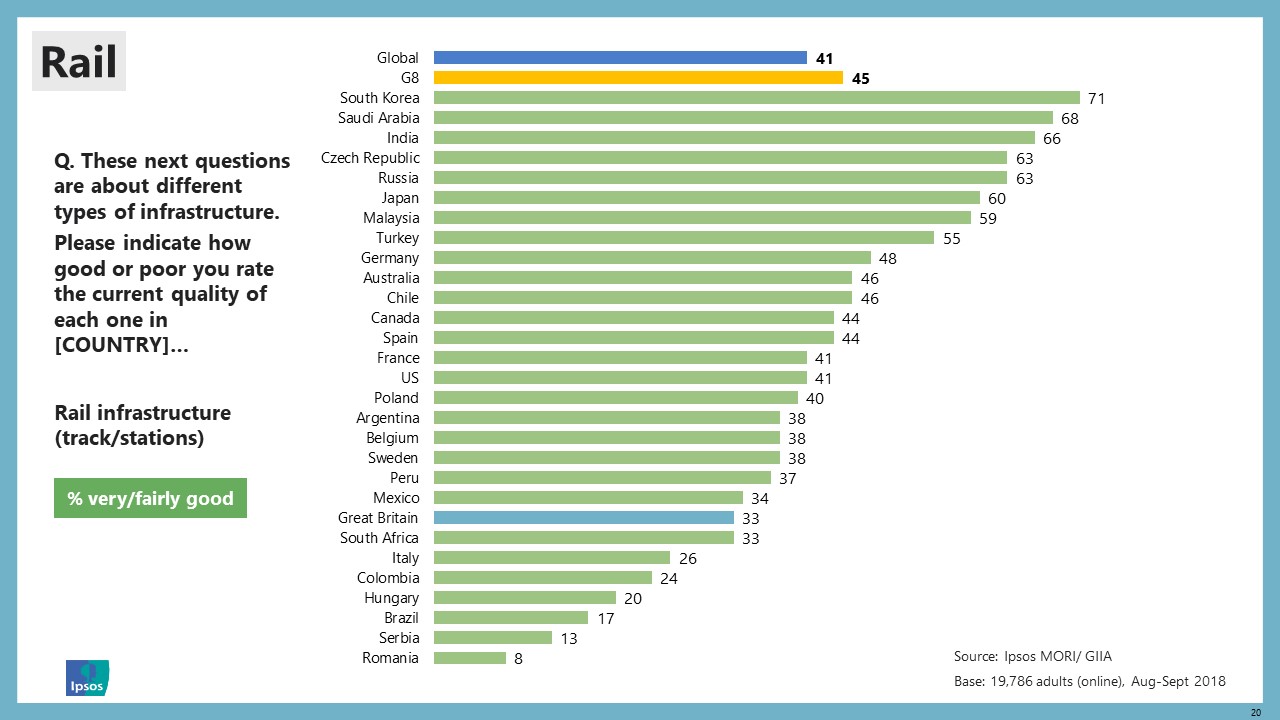 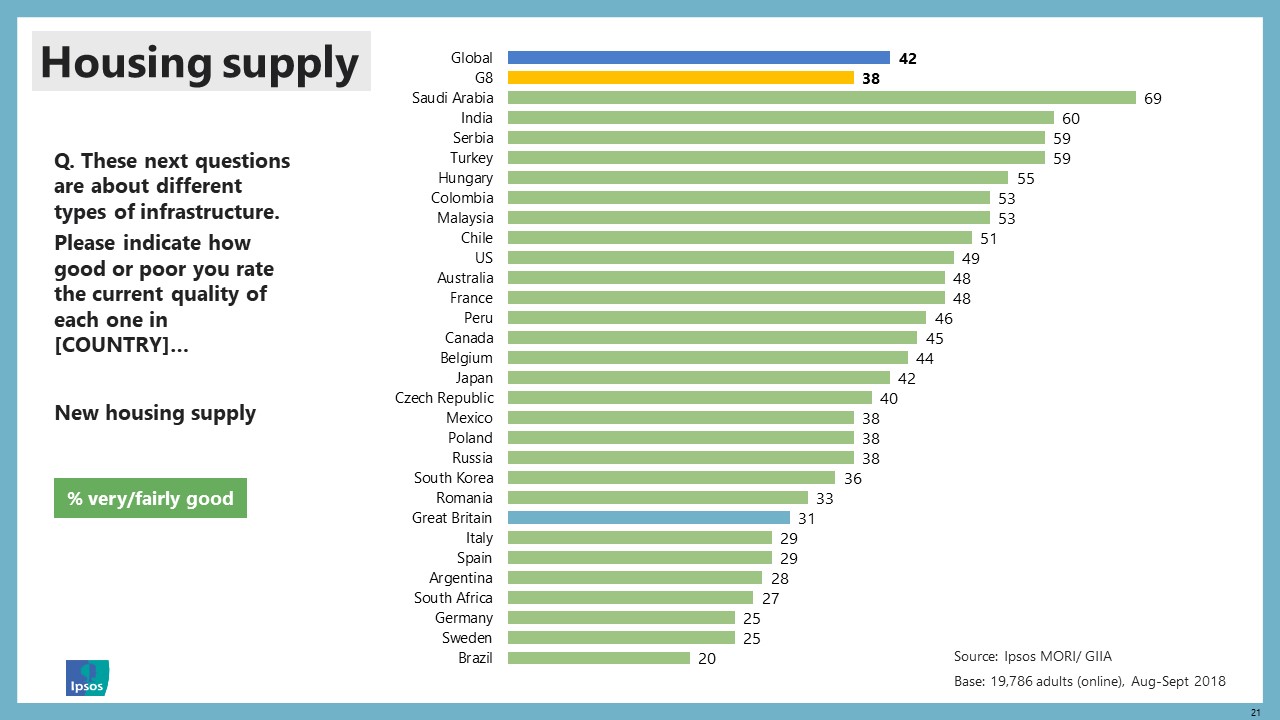 The British public is similar attitudinally to people in other parts of the world. But they are less convinced that their local area gets its fair share of the country’s investment in infrastructure; Britain ranks 22nd out of 29 countries.

57% believe not enough is done to involve people in decisions about which infrastructure to invest in. Compared to several other G8 countries, Britons are relatively more open to foreign investment in new infrastructure if it means it gets built more quickly (more say they are comfortable with this than are not, by a margin of two and a half to one – 42% to 17%). 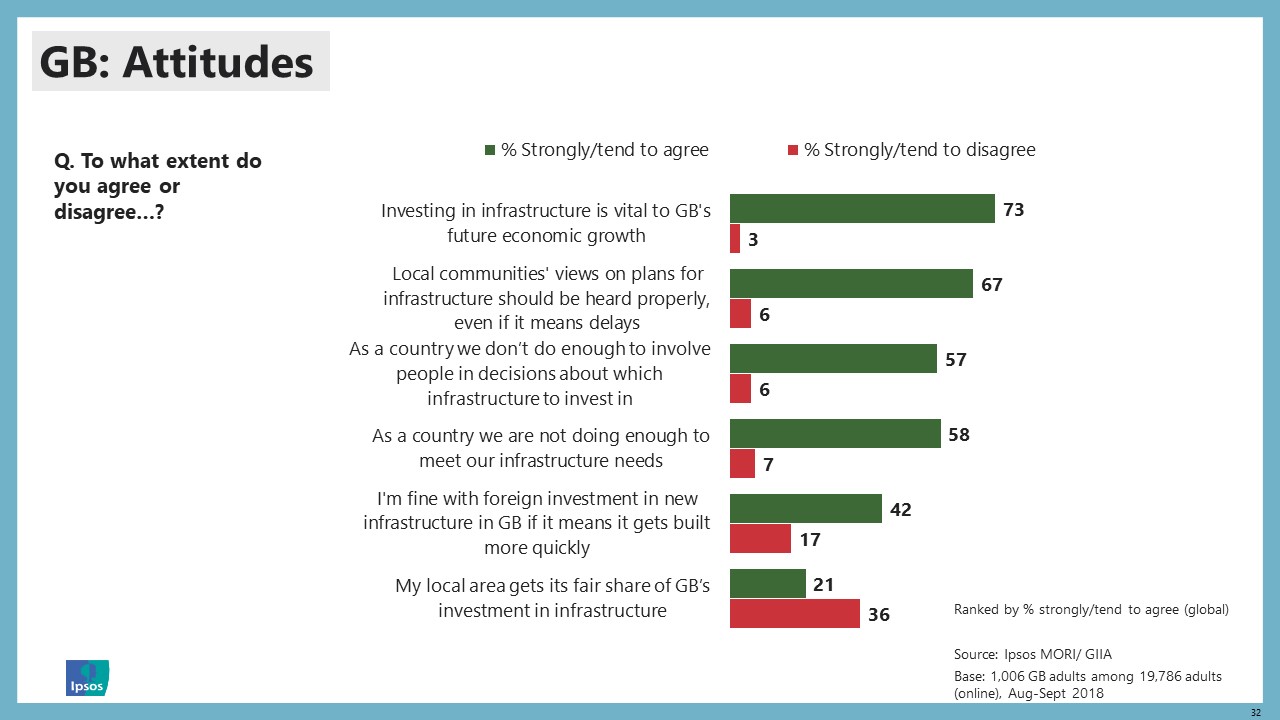 This survey emphasises the need for Governments around the world to prioritise creating the right environment for investment in infrastructure and Britain is no exception. The public are relatively more positive about sectors where private investment features prominently although there remains room for improvement.
Climate change, technological advances and ageing populations all pose unprecedented challenges for governments in delivering their future infrastructure needs at a time when   public sector balance sheets are under increasing strain. Governments and regulators should be focussed on the outcomes of good quality infrastructure and working with the private sector to find the best ways to deliver, operate and improve our infrastructure for the benefit of future generations.

Last year, rail infrastructure overtook housing as the new top infrastructure priority for Britons. It remains there this year with the local road network catching up (with new housing supply also in joint second place).
Infrastructure has something of an image problem – here as elsewhere. In the public’s eyes there is a role for greater equity in directing investment and there is scope to reduce a perceived democratic deficit. But we continue to see an appetite for more to be done, and more to be invested in infrastructure.

Europe scored the lowest of any region in terms of overall satisfaction, with only 26% of Europeans saying they are satisfied with their national infrastructure compared with 32% globally. Overall satisfaction has declined in Europe but also in G8 nations and globally since the previous Global Infrastructure Index in summer 2017.