New polling by Ipsos MORI shows over half (54%) of Britons believe it is acceptable for people to only wear “smart” clothes on the top half of their body when on work video calls.

Britons who have actually made work-based video calls since the start of the coronavirus outbreak tend to be more lenient on video call etiquette, 66% of them say it is acceptable to join a video call late due to internet connection, compared to only 56% of Britons in general. 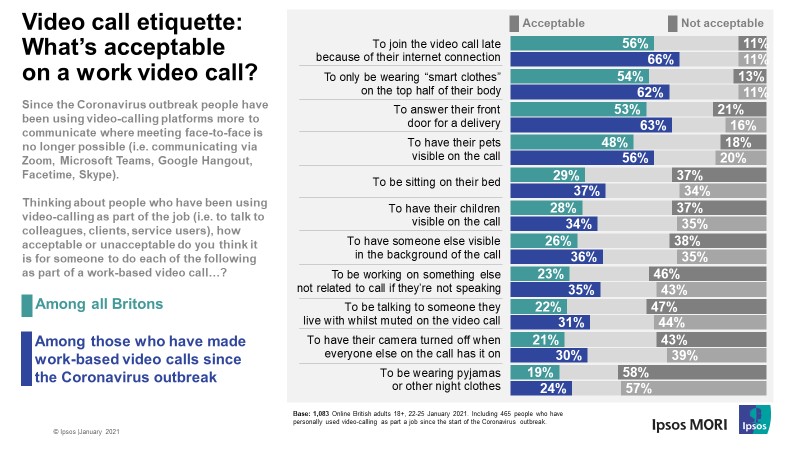