A new survey by Ipsos MORI finds 60% of Britons support the ‘rule of six’, which makes it illegal for more than 6 people to meet, in order to control the spread of coronavirus. Less than 1 in 5 oppose the new rule (17%).

However, despite government requests for people to inform the authorities if they see someone breaking the rule, few believe they are likely to do so. Seven in 10 (70%) say it is unlikely that they will report family members from other households should they break the rule while around two-thirds say the same for friends they don’t live with (67%) and neighbours (65%). Six in ten (60%) say it’s unlikely they’ll report people spotted in their local area. 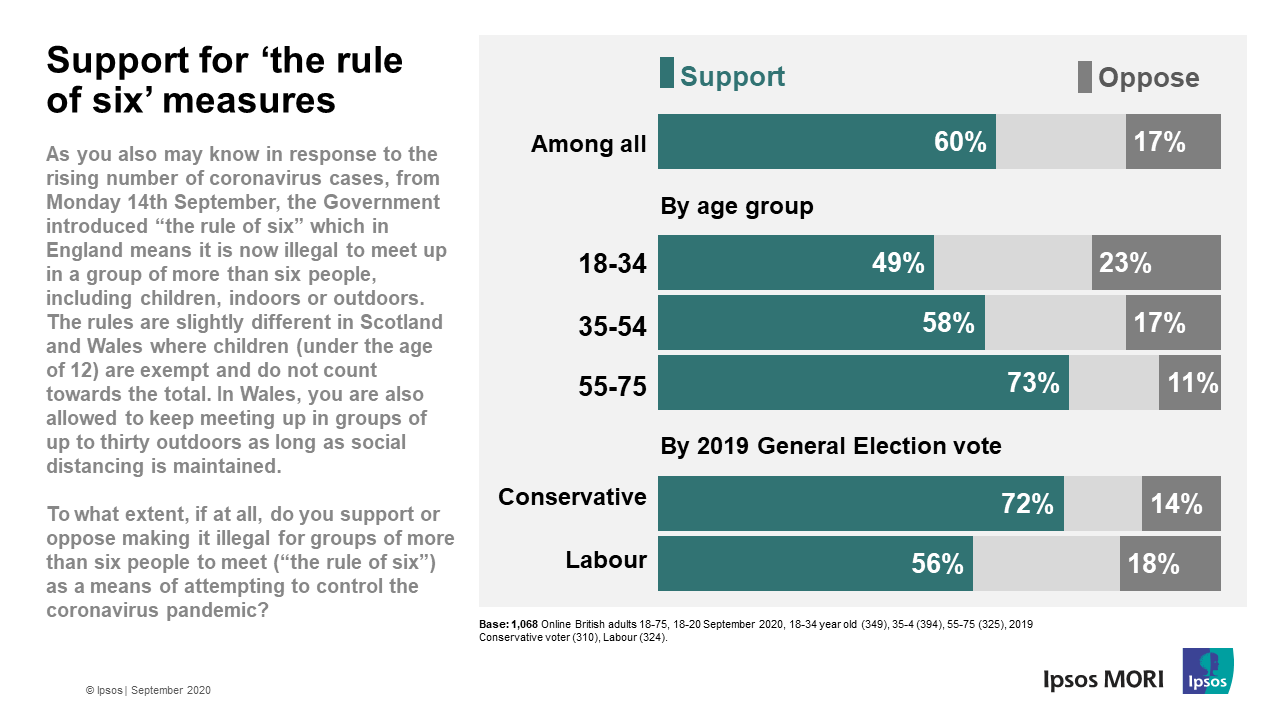 Men are significantly more likely to report people for breaking the rules than women. A quarter of men (24%) would report their friends while only 13% of women would do the same. One in five (21%) would report family members from another household, this falls to 12% among women.

A minority expect their social lives to suffer as a result of the ‘rule of six’. Around 3 in 10 (29%) expect to be affected a great/ fair amount, while two-thirds (67%) believe it won’t be affected much, if at all.

Young people, who are the least likely to support the rule of six, are also those who are most likely to think their social lives will suffer because of it.  Forty five percent of 18-34s think it will have at least a fair amount of negative impact on their social life, compared with 26% of 35-54s and 17% of those aged 55-75. 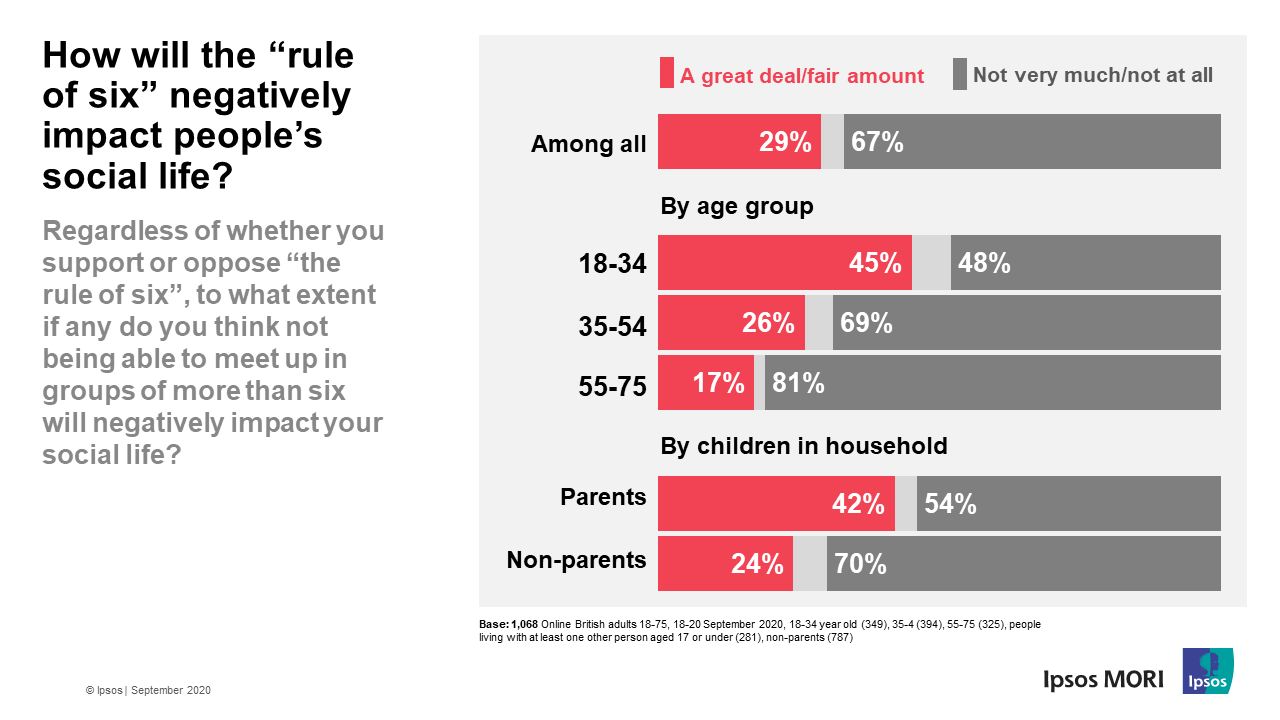 Half of Britons believe those aged 12 and under should be included in the ‘rule of six’, counting towards the total number of people within a group. Over a third (35%) disagree.

Despite concerns about the government’s handling of the coronavirus pandemic overall, when it comes to many specific restrictions such as the rule of six, Britons remain broadly in favour.   But there is little appetite for reporting friends and family if they break the rule, and young people are most likely to feel that the cost to their social lives will fall onto them.