The majority of Britons believe that the country’s airport capacity should be increased, according to the latest Ipsos MORI Political Monitor. Six in 10 (60%) say it should be increased with one in three (33%) disagreeing. Men, Conservative supporters, private sector workers, those in the South and the middle classes are most likely to support further expansion. 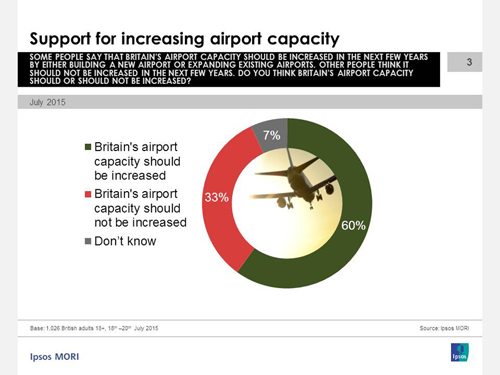 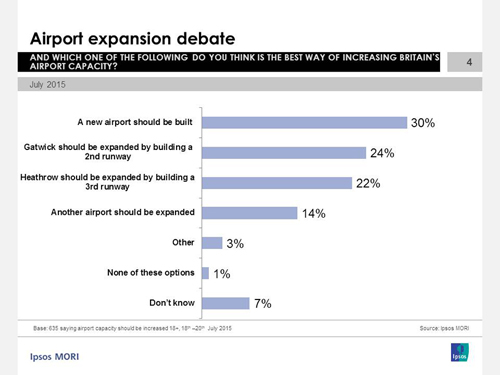 Two in five (39%) say that Government should take into account the impact on the natural environment as an important consideration when deciding where a runway should be built. Three in ten (30%) say noise pollution should be a key factor, followed by generating jobs and growth and support from local residents (both 15%). 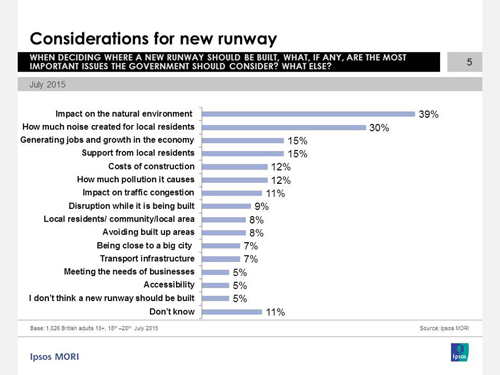 “Most Britons want our airport capacity increased, but there is no clear consensus on the best solution – remembering that this poll covered the whole country, not just London and the South East. At the moment, the public’s view is dominated by concerns about environmental impact and noise rather than jobs or cost.”

Technical Note Ipsos MORI interviewed a representative sample of 1,026 adults aged 18+ across Great Britain. Interviews were conducted by telephone 18-20 July 2015. Data are weighted to match the profile of the population.