The February Economist/Ipsos MORI Issues Index shows that the NHS remains the most important issue facing Britain; last month it became the issue of highest salience for the first time since April 2006. It has fallen by four percentage points since January, but is still mentioned by two fifths (41%) as among the most important issues facing Britain. 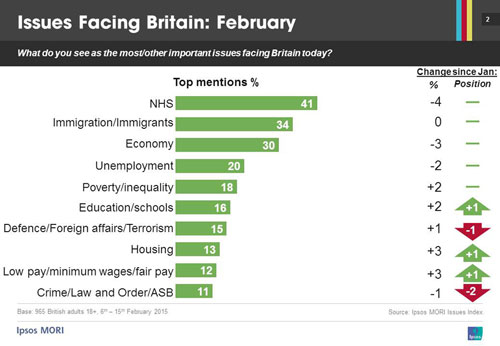 Three in ten (30%) mention the economy, an issue where concern seems to have criss-crossed with concern about the NHS in recent years. 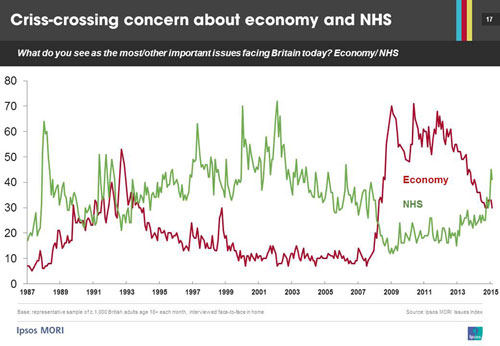 Ipsos MORI's Issues Index is conducted monthly and provides an overview of the key issues concerning the country. Ipsos MORI interviewed a representative quota sample of 965 adults aged 18+ across Great Britain. The questions are spontaneous - i.e. respondents are not prompted with any answers. Ipsos MORI's Capibus vehicle was used for this survey. Interviews were conducted face-to-face in-home between 6-15th February in 163 sampling points across Great Britain. Data are weighted to match the profile of the population.