As pressure mounts on Theresa May to step down Ipsos MORI’s new Political Monitor reveals no clear public favourite amongst the Conservative rivals for the Premiership.

When asked if each contender has what it takes to be a good Prime Minister none of the potential candidates stand out as a clear favourite with little shift in this figures since March this year. Boris Johnson has the largest number of Britons believing he has what it takes at with a quarter (25%) agreeing – however two-thirds (64%) disagree, which is also the highest negative number. Following Boris Johnson one in five (20%) think Sajid Javid has what it takes however almost half (47%) disagree. One in five (19%) also say Jeremy Hunt and Amber Rudd have what it takes with half disagreeing (52% and 51% respectively) while 16% say Michael Gove has what it takes (56% disagree). They are followed by Dominic Raab (13% agree vs 45% disagree), Penny Mordaunt (11% agree vs 36% disagree) and Rory Stewart (11% agree vs 30% disagree).  Levels of don’t knows or neutrals are particularly high for Penny Mordaunt and Rory Stewart (over half of the public), and also for Dominic Raab (around four in ten). 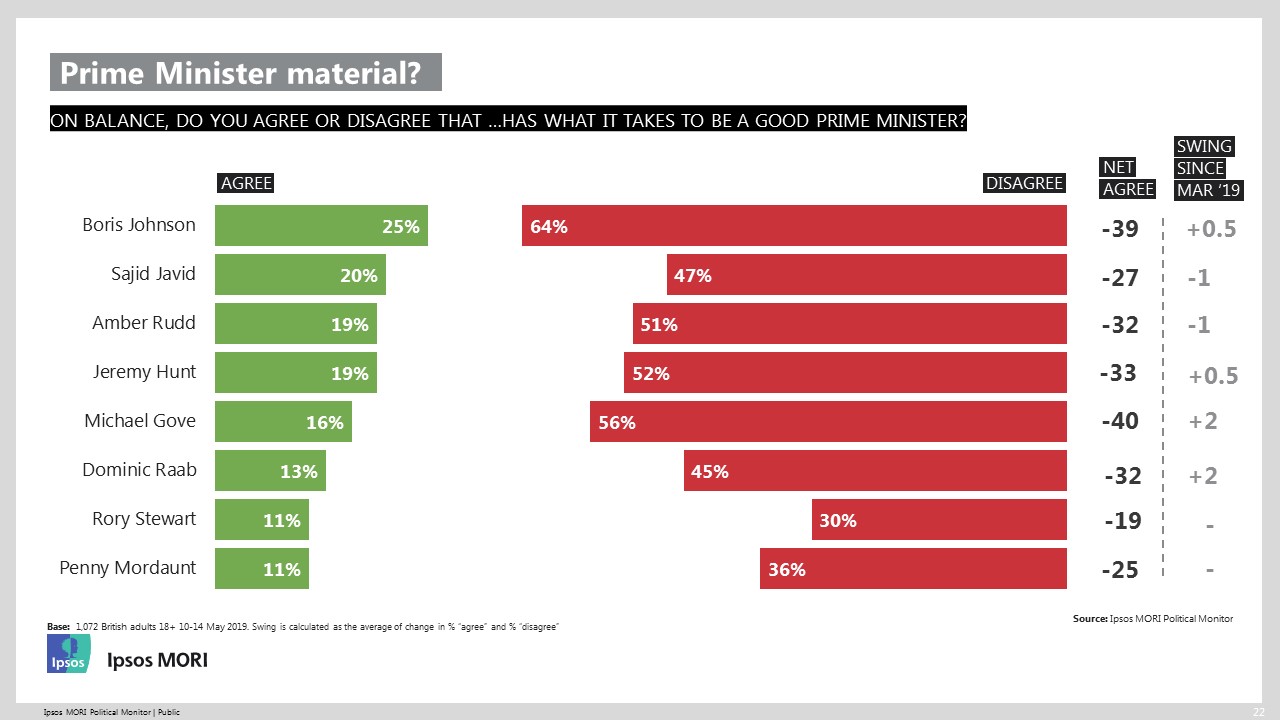 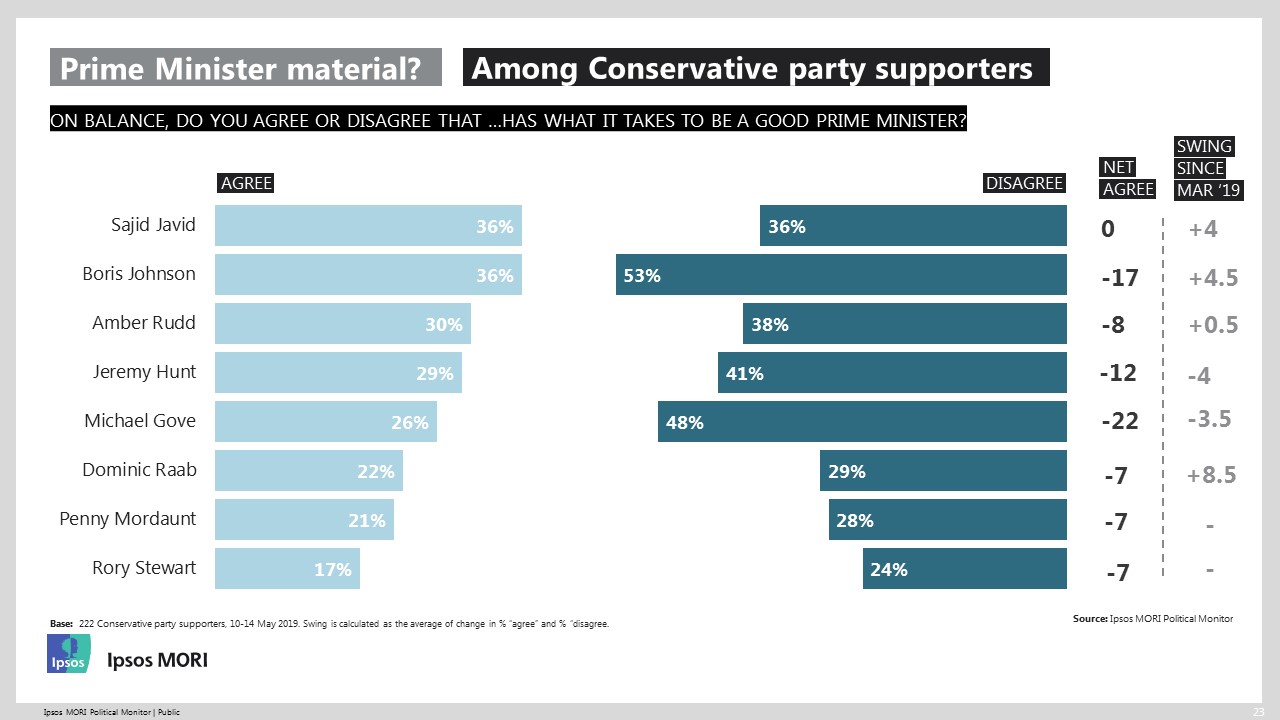 The new poll also shows that the talks between the Conservative and Labour parties to see if they could agree on a deal for how Britain should leave the European Union were more supported than opposed by the public. Half (47%) supported these talks with 28% opposed to them. Labour voters supported the talks by 64% to 13%, Conservatives by 49% to 25%.  Optimism for the talks was low however, as only 17% thought it likely the two parties will reach a deal while four in five (79%) felt it unlikely – figures that seem to be borne out by the latest events.

Theresa May’s poor public opinion ratings are adding to the pressure for her to go, but among Britons at large there is little sign at this stage that they think her potential replacements would do a much better job (although many of them will be looking to build their public profile as the campaign escalates). Of course the real voters in the leadership election will be MPs and party members, but electability will be a factor, and the Conservative party’s problems are not simply down to their current leader.

Ipsos MORI interviewed a representative sample of 1,072 adults aged 18+ across Great Britain. Interviews were conducted by telephone 10th – 14th May 2019.  Data are weighted to the profile of the population. All polls are subject to a wide range of potential sources of error. On the basis of the historical record of the polls at recent general elections, there is a 9 in 10 chance that the true value of a party’s support lies within 4 points of the estimates provided by this poll, and a 2 in 3 chance that they lie within 2 points.