A new survey by Ipsos MORI shows only 1 in 3 people in the UK believe the Government will take the steps needed to deal with issues facing the energy market, such as a global gas shortage causing an increase in wholesale energy prices, while almost 6 in 10 (57%) are not confident. 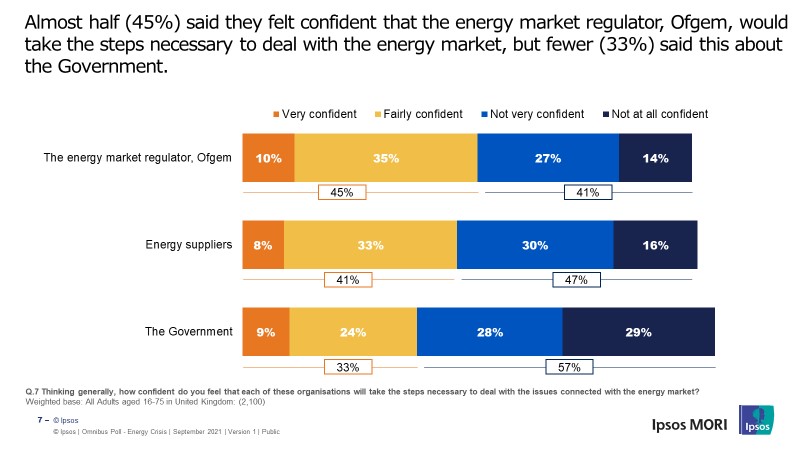 Hopes are higher that the energy market regulator, Ofgem, and energy suppliers will take the necessary steps to deal with the effects of the global gas shortage. Almost half (45%) are confident that Ofgem will do what is needed to deal with the current situation, however, a similar proportion (41%) are not confident. Four in 10 (41%) say they are confident energy suppliers will step in with the necessary actions while 47% are not. 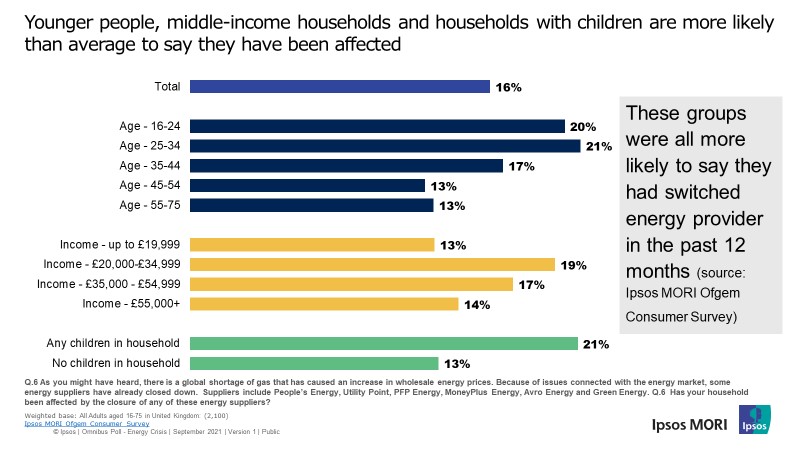 Among those affected so far, 71% have already explored or are planning to explore switching energy provider: much higher than the figure among all those worried about the changes in general (38%). More than half (54%) of those affected by the closure of an energy supplier have contacted their energy supplier or are planning to do so: again higher than the all adults figure of 30%. 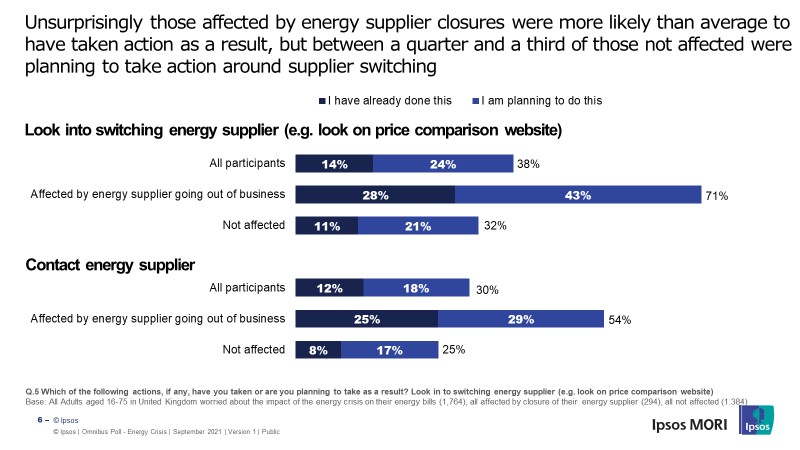