A newly commissioned poll, conducted on behalf of the Chartered Institute of Housing, shows that private renters are currently feeling the effects of the high cost of housing. Thirty-nine per cent of those living in private rented homes agree they might have to leave their local area in the future because the cost of housing is too high, compared with 20% across Great Britain as a whole. 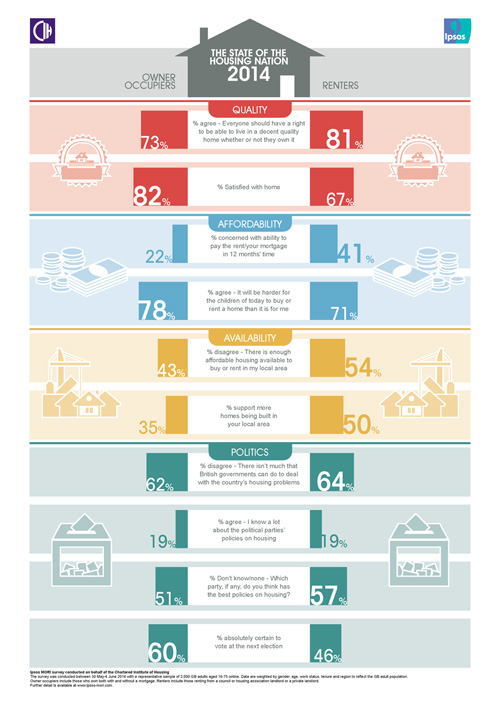 The survey also found that:

More widely Britons perceive access to the housing market to be harder than it was in the past and expect this to be harder in the future. The survey found that:

Technical information Ipsos MORI conducted a survey for the Chartered Institute of Housing involving 2,000 GB adults aged 16-75 online. The survey was conducted between 30 May-4 June 2014. Data are weighted by gender, age, work status, tenure and region to reflect the GB adult population.