As Europe’s leaders gather in Brussels to discuss Brexit amongst other things, the latest Ipsos MORI Political Monitor shows the British public still lack confidence in Theresa May to get a good deal for Britain out of these negotiations. One in three (30%) say they have confidence in the Prime Minister, slightly down from 34% last month and a bigger drop from 37% back in March. Two-thirds (67%) say they are not confident in her getting a good deal (a decline of 4 points from May). Conservative voters and older people are more slightly more confident in May to get a good deal (55% of Conservative supports and 37% of those aged 55+ say they are confident) while Labour supporters and younger people are less so (15% of Labour supporters and 27% of 18-54s are confident). 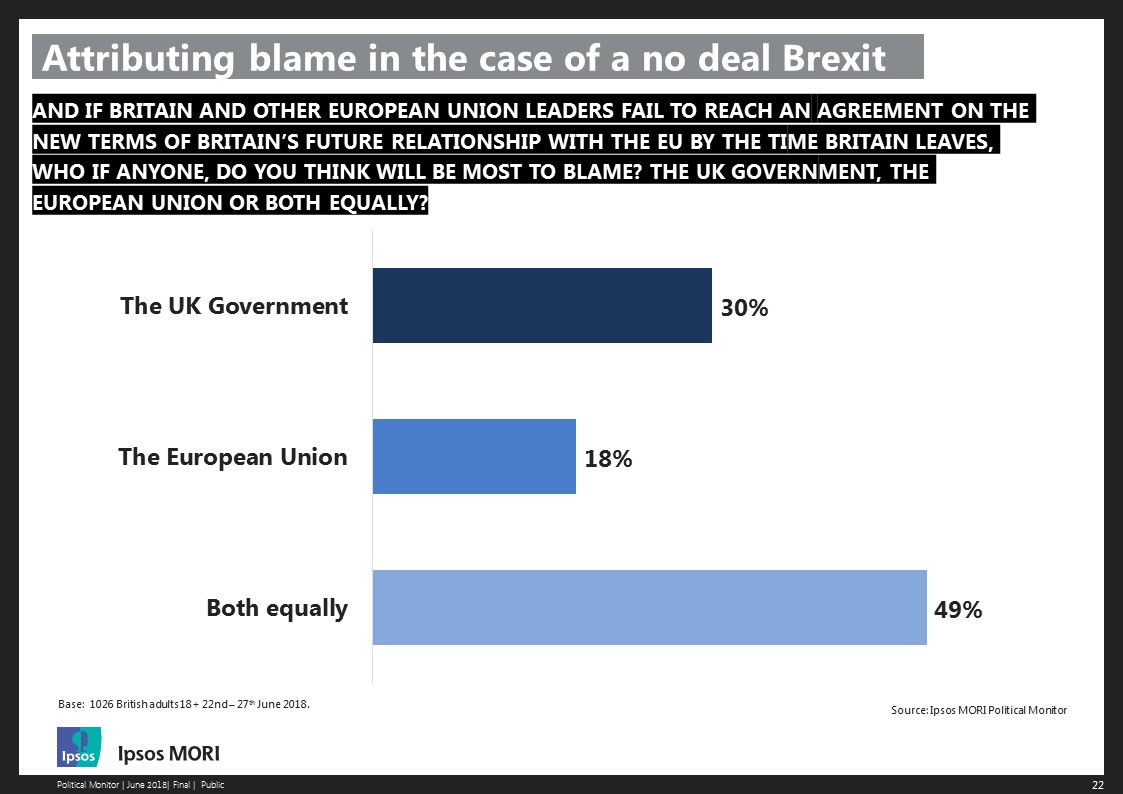 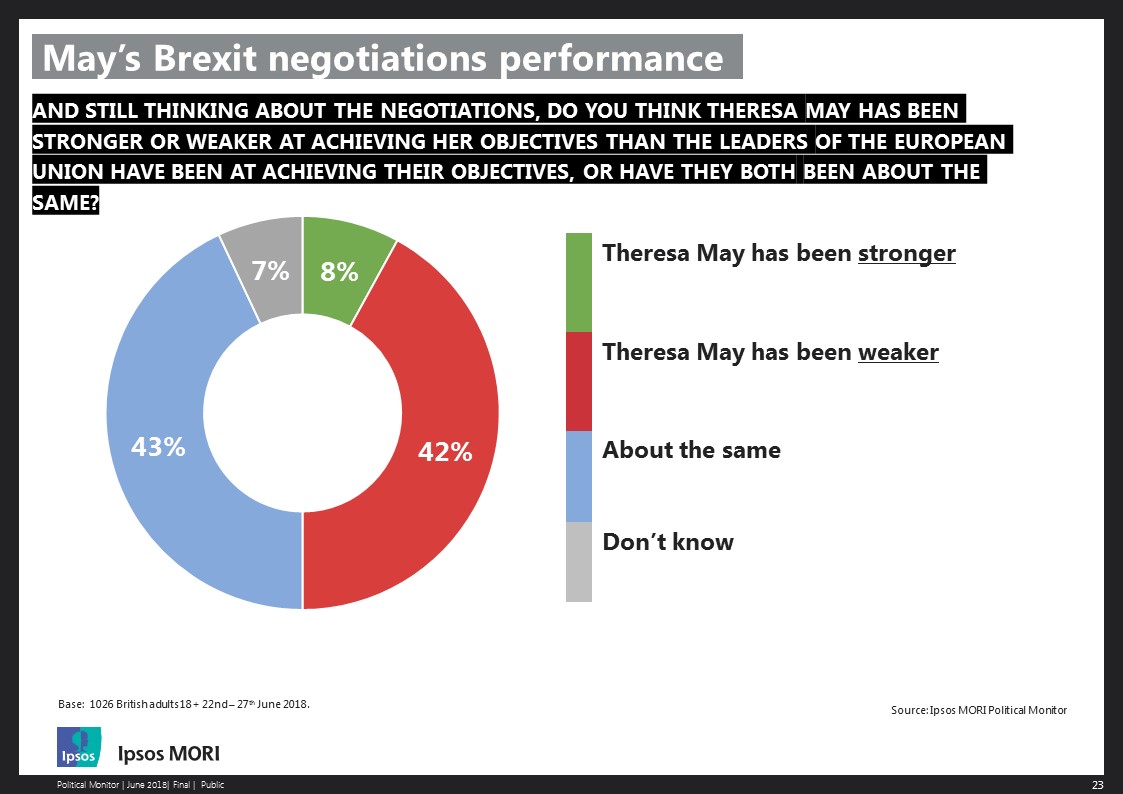 Britons have become more pessimistic about the state of Britain’s economy according to the Ipsos MORI Economic Optimism Index. More than half (54%) think the economy will get worse in the next 12 months (up 8 points) while 19% say it will improve (down 4 points) giving an EOI score of -35 (down 12 points) – the worst rating so far this year.

Our ongoing voting intention figures still show both main parties running close with the Conservatives on 41%, Labour on 38%, the Liberal Democrats on 7% and UKIP on 4%.

Britons would wish a plague on both sides of the Brexit negotiations if we leave with no deal, but their confidence in the Prime Minister has been on a downward trend since the transition agreement in March – though a successful outcome in the next stage of negotiations could reverse this.  This combines with a fall in economic optimism to its worst this year – although despite this there is little change in the overall position of the parties

Ipsos MORI interviewed a representative sample of 1,026 adults aged 18+ across Great Britain. Interviews were conducted by telephone 22nd – 27th June 2018.  Data are weighted to the profile of the population.