On the eve of the independence referendum Ipsos MORI’s new poll for STV News has shown significant gains for the Yes campaign, putting the outcome of the vote in the balance.

Among those who said that they are ‘absolutely certain’ to vote tomorrow, 49% say they intend to vote No (down five percentage points from August), 47% say they will vote Yes (up by seven points), while 5% remain undecided. 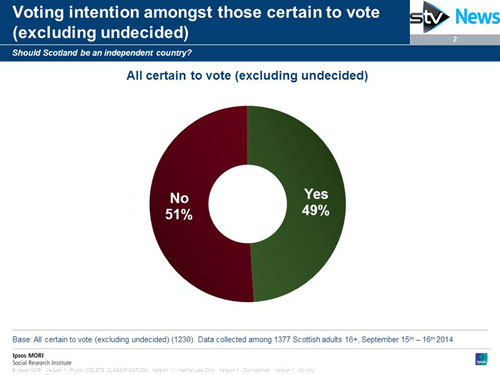 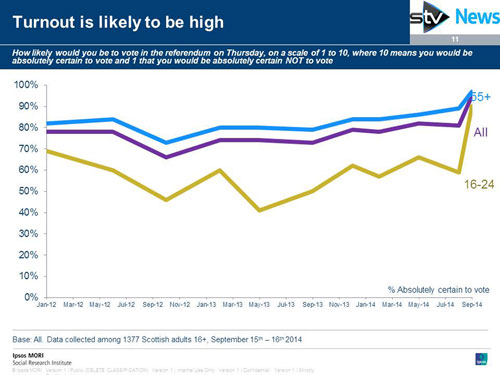 "With hours to go now until the polls open it is clear that the result of the independence referendum is extremely close. ‘Yes’ have made significant gains in recent week, to such an extent that the outcome is finely balanced. Both campaigns now will be entirely focussed on persuading undecided voters and on ensuring that their supporters turn out to vote tomorrow."