Washington, DC, September 16, 2020 –   This week’s Reuters/Ipsos Core Political survey in the US shows likely voters continue to favour former Vice President Joe Biden over President Donald Trump in the presidential election. President Trump’s overall approval rating is stable but low. A large majority remain concerned about the direction the country is heading in. The economy, jobs, and healthcare are the top issues for many Americans. 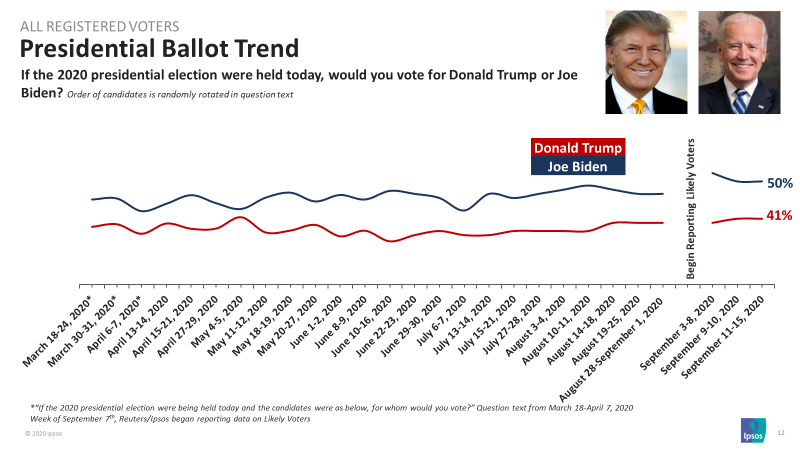 Among all Americans, 41% approve of the job Donald Trump is doing as president. 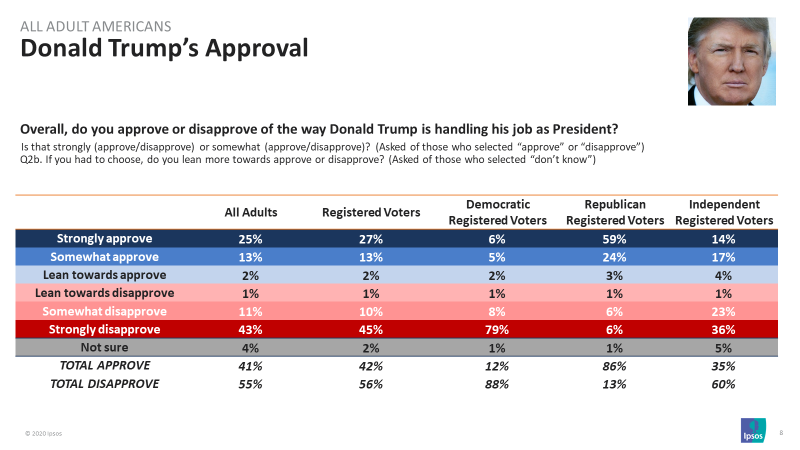 Only one in five Americans feel the country is heading in the right direction (22%). 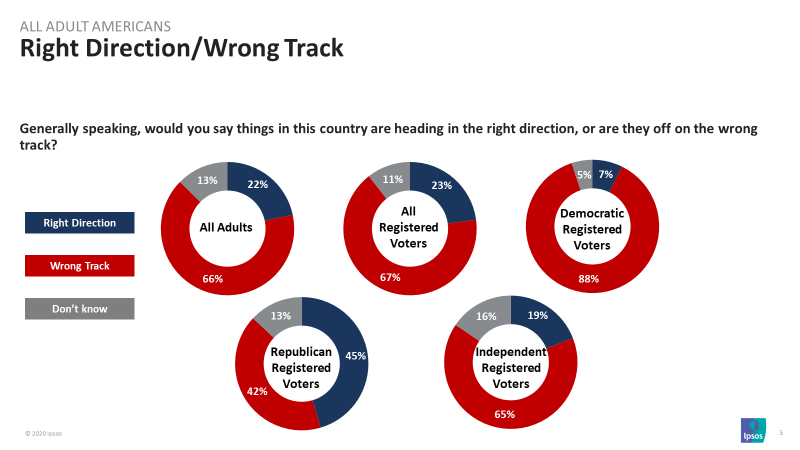 About one in three Americans say the economy and jobs are the most important problems facing the country (29%). 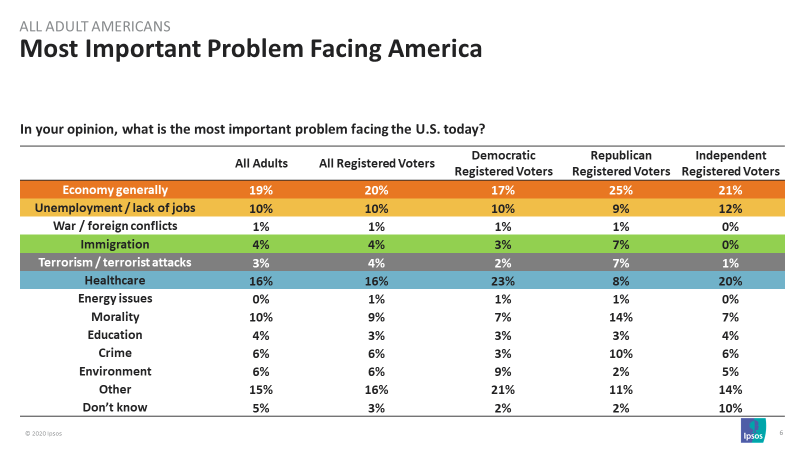