In the aftermath of the 2019 General Election, Ipsos MORI surveyed 1,138 British adults aged 18+ between Dec 13th and 16th. We asked how favourable members of the public are towards the main GB political parties and their leaders and also some detailed perception statements about Prime Minister Boris Johnson and what his new government will achieve. 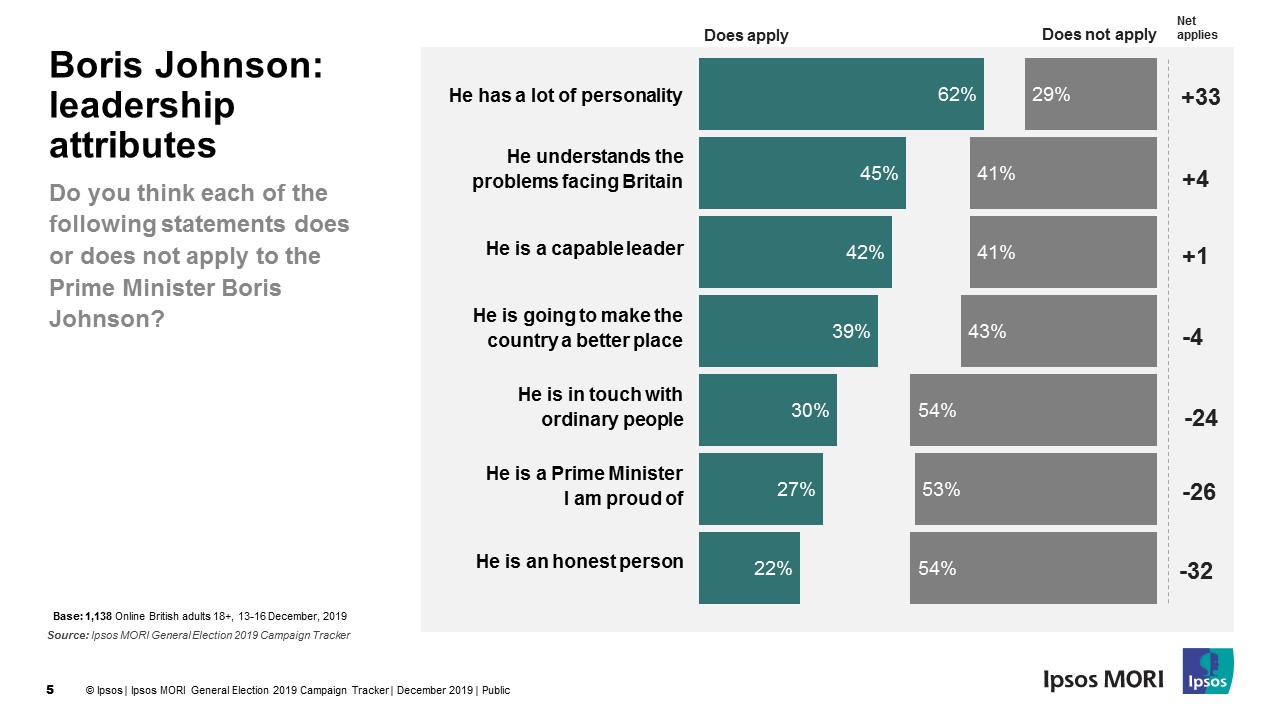 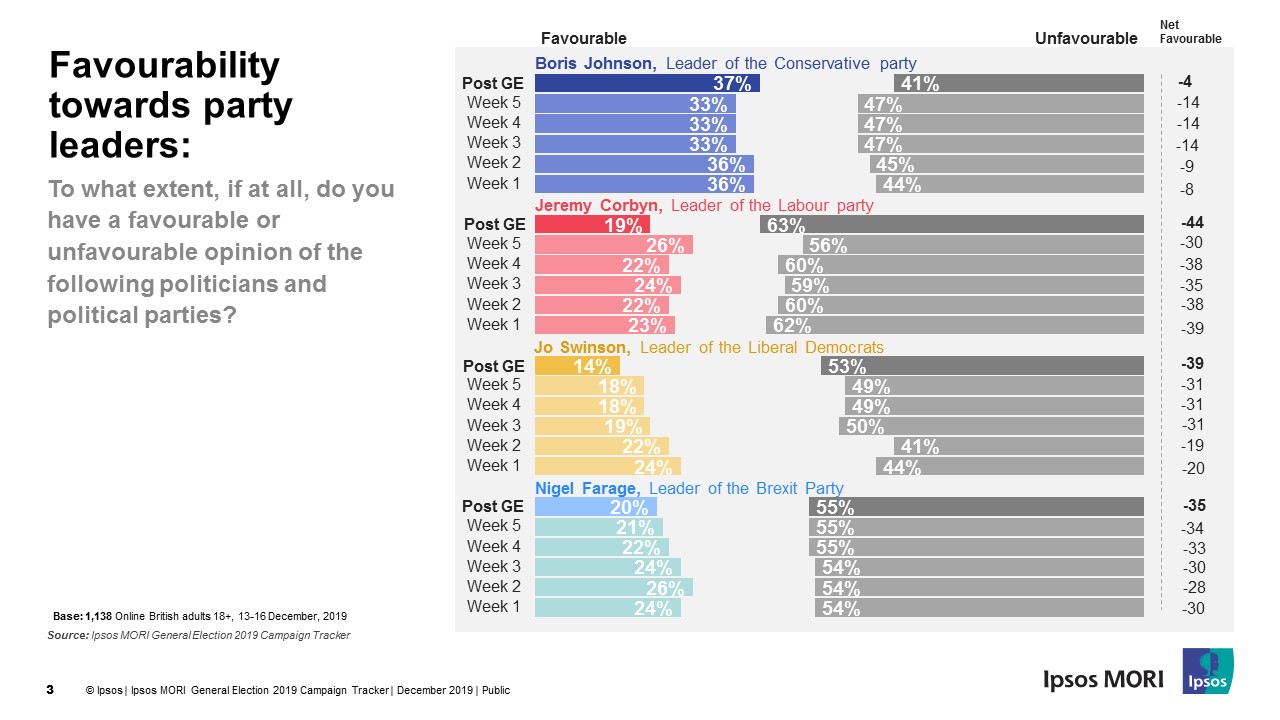 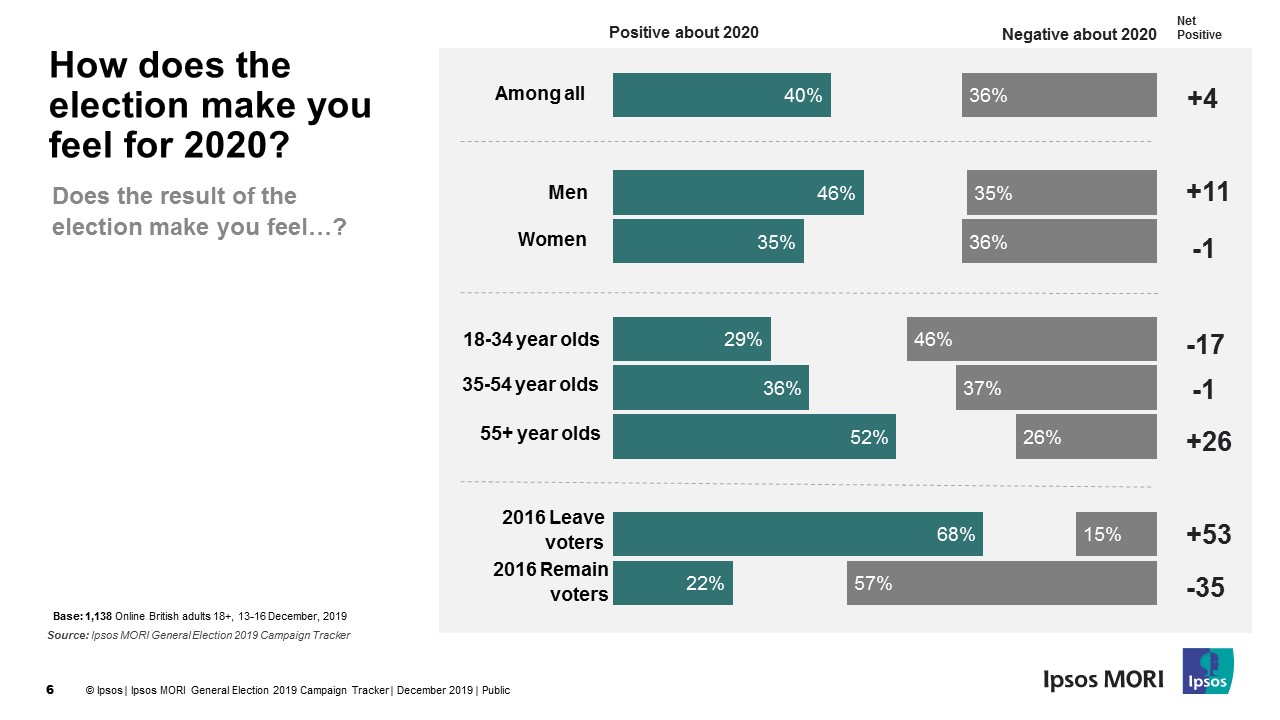 What will the new government do? 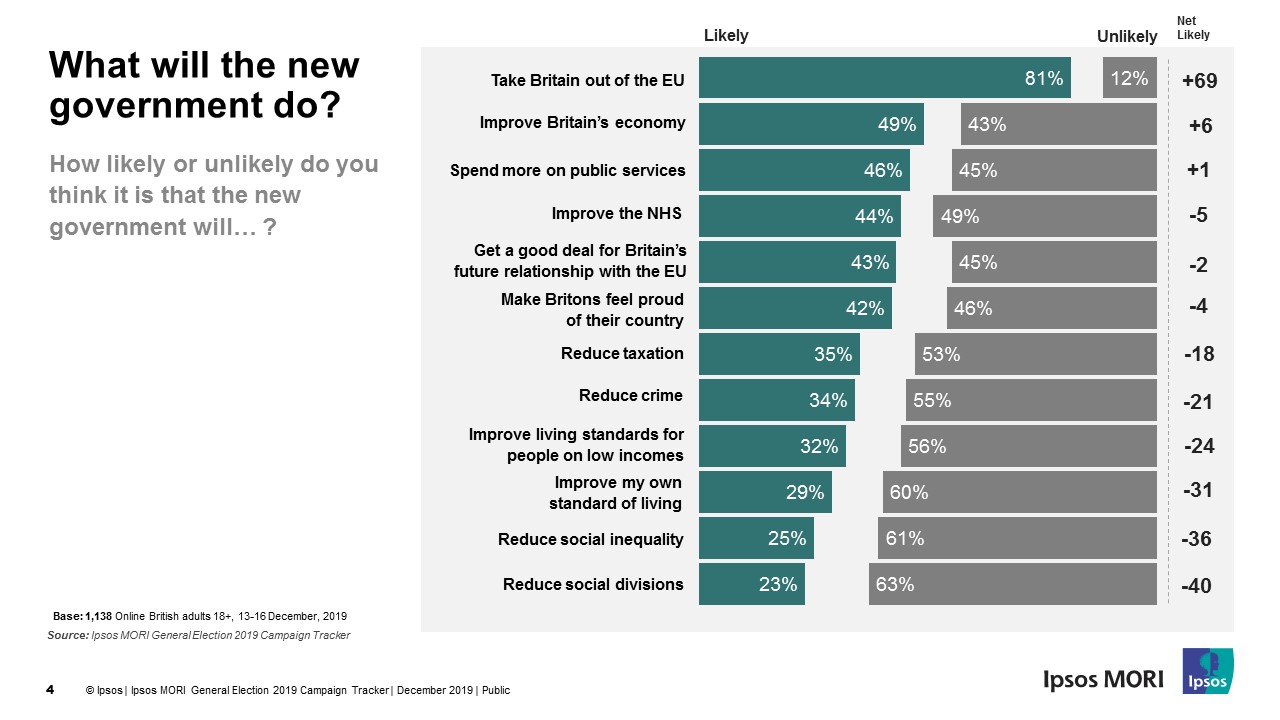 Despite Boris Johnson and the Conservatives convincingly winning the 2019 General Election it is worth pointing out that the Prime Minister is not universally popular. As many Britons are unfavourable towards Johnson as favourable, a majority see him as untrustworthy and more than half are not proud he is Prime Minister. This matters little now but could become important later in 2020. Although the public expects Brexit to now happen, the jury is out on whether Johnson will get a good deal in trade talks or whether he can deliver on other domestic priorities. If he cannot deliver, Johnson may find that the honeymoon period for his new government is a short lived one

Ipsos MORI interviewed a representative sample of 1,138 British adults. Interviews were conducted online: 13th to the 16th December, 2019.  Data are weighted to match the profile of the population. All polls are subject to a wide range of potential sources of error.