Ipsos MORI's poll for BBC News shows decreasing trust in government as it gets less local. Just one in five Britons (21%) agree the UK Government acts in their best interests, while 49% disagree. This is better than for the European Parliament (12% agree, 54% disagree) but worse than local government (26% agree, 38% disagree) - though more disagree than agree for each. 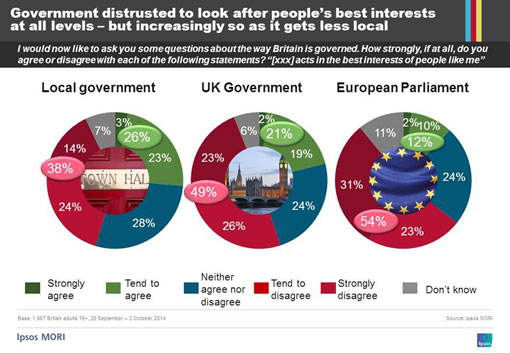 Three in ten (29%) say that Westminster MPs have too much say in their area; 23% disagree. These proportions are reversed with regard to local politicians (25% think they have too much influence on their area, 31% disagree). 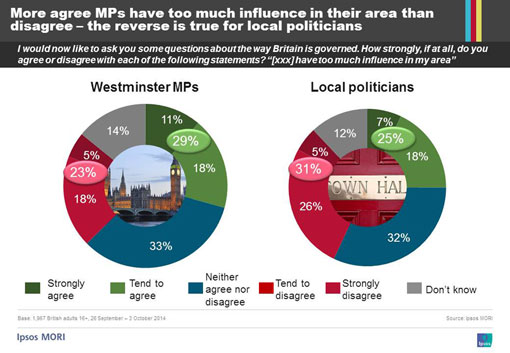 Almost two in three (64%) feel that the government does not spend enough time listening to the view of individual members of the public, down from 74% in 2007. One in eight (13%) now disagree, compared with seven percent seven years ago. 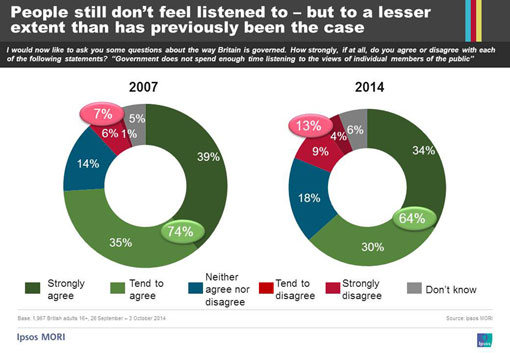 All fieldwork was undertaken from 26 September – 3 October 2014. In total, 1,967 interviews were completed face-to-face with adults aged 15+ across Great Britain. Data are weighted to match the profile of the population.