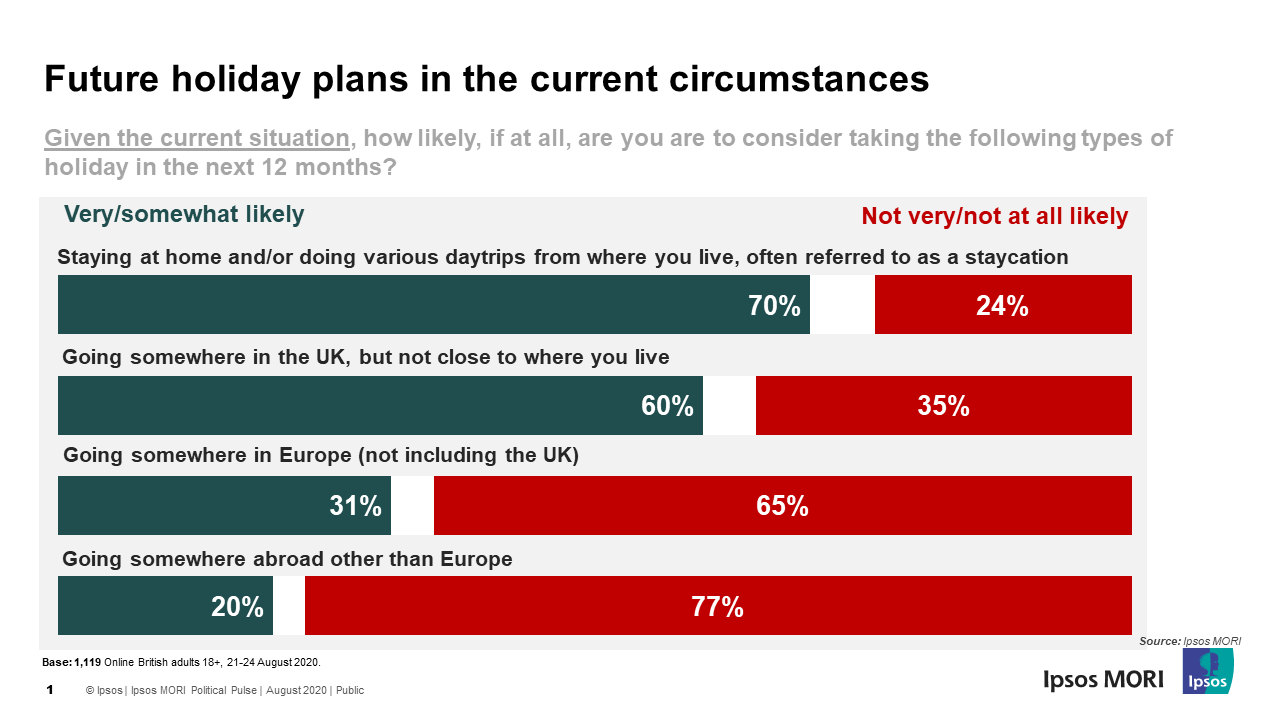 In the current circumstances, 7 in 10 (70%) say it is likely they will consider staying at home or doing various daytrips from where they live, a ‘staycation’. Had there been no coronavirus pandemic, 65% say this would be a likely consideration. 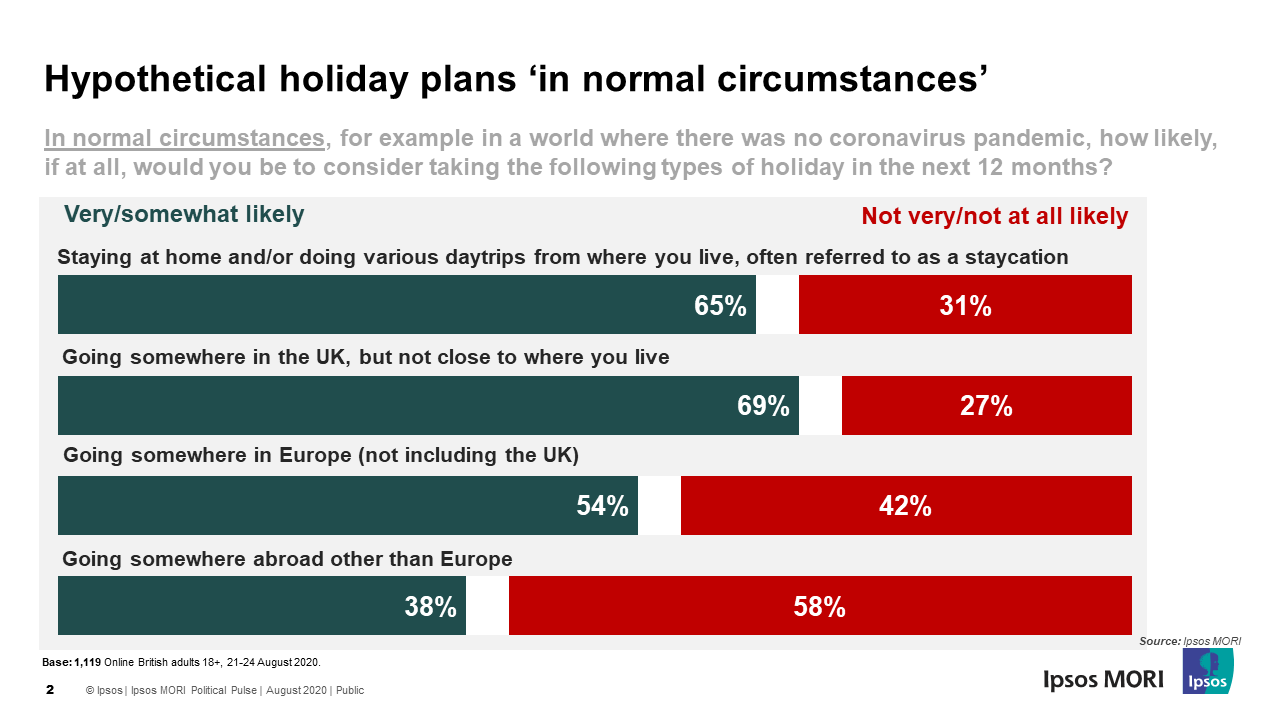 Understandably the coronavirus pandemic has had a profound impact on the British holidaymaker’s plans this year, with far fewer considering a holiday in Europe or beyond than would in normal circumstances. These numbers show the travel and tourism sector faces a real challenge getting back to anything resembling a sense of normality in the near future.