Key findings of the 4th bi-annual release of the Ipsos Affluent Survey Africa 2016.

The Ipsos Affluent Survey Africa maps the behaviour and media consumption of the individuals within the Top 15% in terms of income across seven African countries.

Earlier this year United Nation’s Economic Commission for Africa released its Economic Report on Africa 20161, which stated the big opportunity for Africa, as a latecomer to industrialization, is adopting the green pathway towards sustainable and inclusive development. It will create jobs while safeguarding the productivity of natural resource assets. For the African Affluent, investing for the long-term is of great importance. Their progressive vision is confirmed by the involvement in their community: nearly 9 out of 10 African Affluent think it is important to contribute to the community they live in, while amongst the European Affluent it is 64%.

Social responsibility is the future

In line with the investment in their own and their communities’ potential, the Affluent African endorses a responsible, durable way of empowering Africa’s economy. Seven out of ten take a company’s commitment to corporate and social responsibility into consideration when purchasing products.

Not only is a company’s commitment important to them but they actively engage in pro-eco initiatives. 15% of Affluent Africans were involved in an environmental/conservative group, while amongst European Affluents this is only 5%.

On the lookout for Millennials 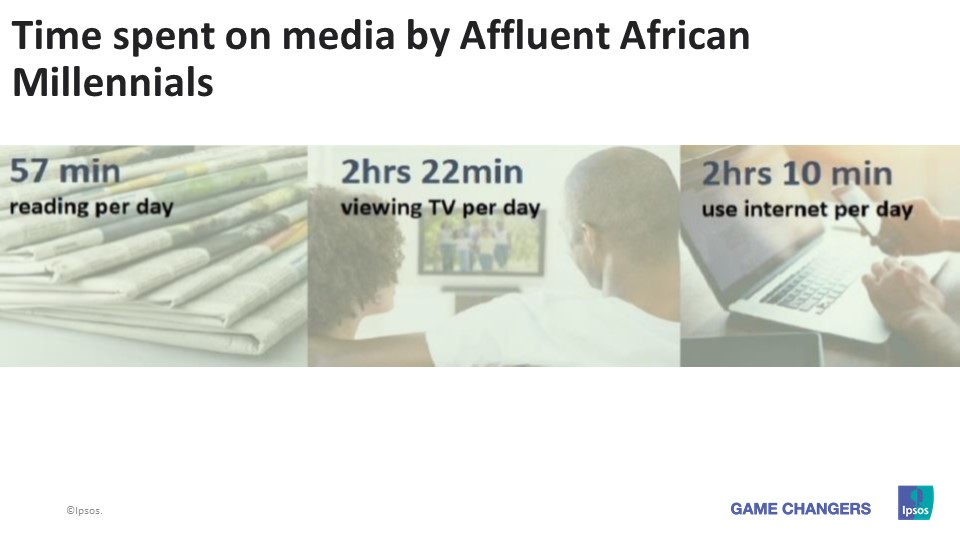 The Affluent Africa Survey 2016 proves once more that the usage of mobile technology in Africa is vital for everyday life. While 52% of the Affluent Europeans are so called ‘3 screen users’, an impressive 66% of the African Affluent own all three of the main mobile devices: a smartphone, a tablet and a PC/Laptop. Over a half of the upscale population considers themselves as early adopters, by saying they are ‘always one of the first to have technologically innovative products’. One out of eight African Affluent owns a wearable device, like a smartwatch or smart glasses vs. a modest 5% of Affluents in Europe. They are not passive users of new tech with 37% of the Affluent Africans having bought products and services via their phone in the past year, which is over double the number for Europe (15.5%).