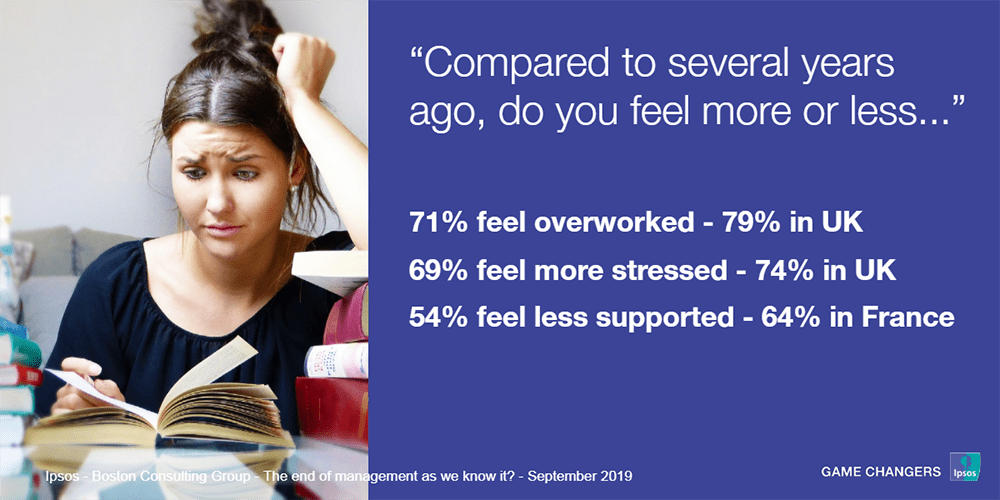 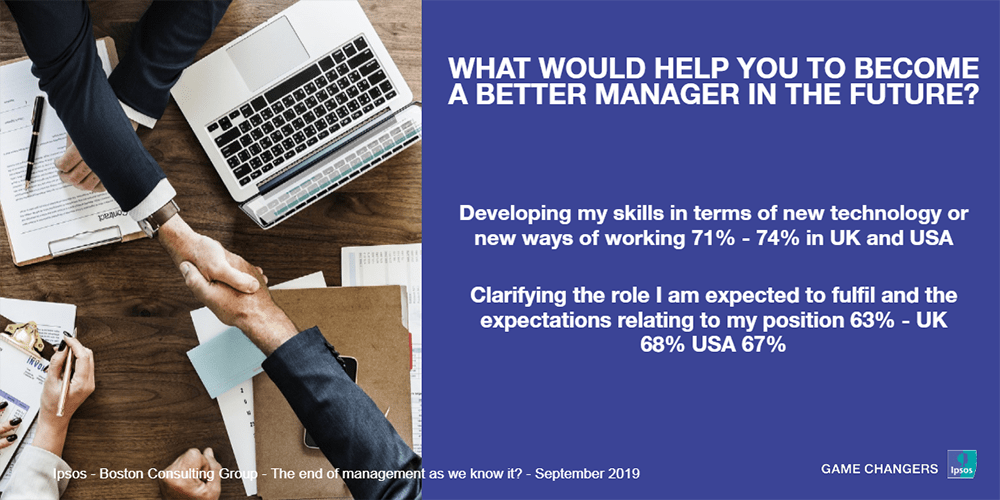 There’s no real consensus amongst managers and their teams depending on the country surveyed: French expect a good manager to create meaning and motivate teams (60%), whereas in the United States (59%) and in UK (60%) the ideal manager should help members of their team to develop their skills and give them feedback. In Germany, managers are mostly expected to make decisions (49%) and in China to support/explain management decisions and create links with other departments (53%). 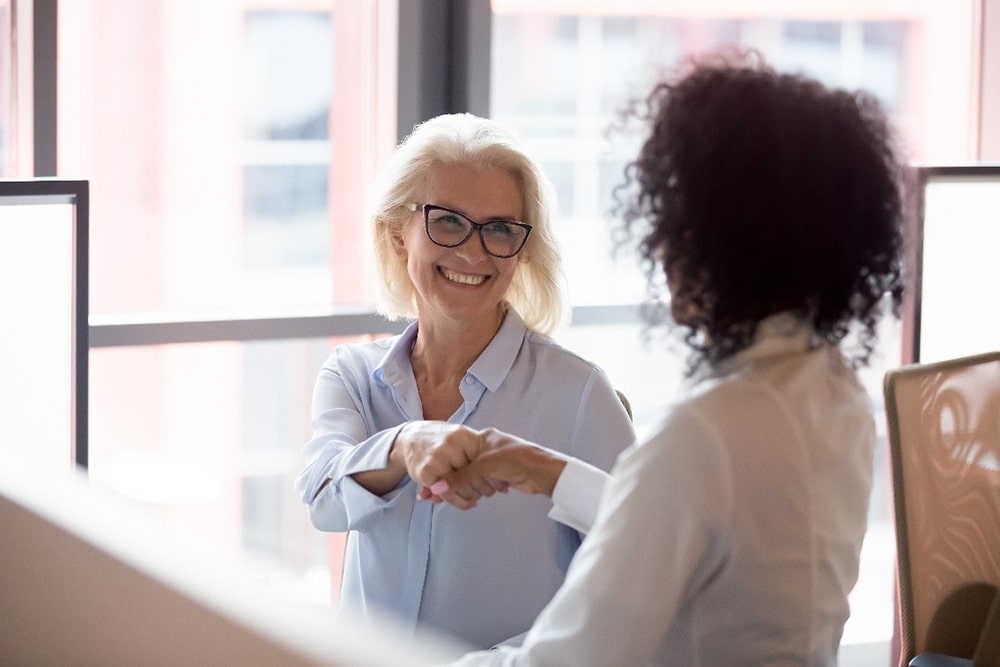 When looking for solutions many answers are emerging. Born in the 2000s in start-ups and web companies the agile mode has been successfully used in more traditional sectors such as banking and automotive. In this model, teams are multidisciplinary and more autonomous. A rapport of trust builds up between the manager and his team. The manager is considered as the primary guarantor of alignment and autonomy. This new kind of role may bring a solution to the current crisis…

Survey conducted in China, France, Germany, United-Kingdom and the United States. 5000 interviews as follow 30% managers (1,500) in companies of 200 employees or more, not members of the company’s ExCom, managed by a manager who is not a member of the company’s ExCom, managing at least 5 people. 70% of people managed (3,500) in companies of 200 employees or more