These are some of the findings of an Ipsos survey conducted online from February 7 to 9, 2020 among 8,001 adults aged 16 (18) -74 in Australia, Canada, France, Germany, Japan, Russia, the United Kingdom, and the United States.

Added to that, more than four in five (86%) people across these eight countries say they have seen, heard, or read a great deal or fair amount about the outbreak.

Together, this data shows that most people are closely tracking the coronavirus outbreak and are also worried the health epidemic will continue to worsen before it gets better.

In response, there is widespread support for significant actions to control the virus. On average, four in five (85%) people support mandatory screening of those travelling from infected countries, and there is a similar level of strong support for mandatory quarantine of those who could have the infection. Two-thirds (66%) of people agree the government should ban travel to and from impacted countries, and that airlines in their country should be restricted from flying to China. 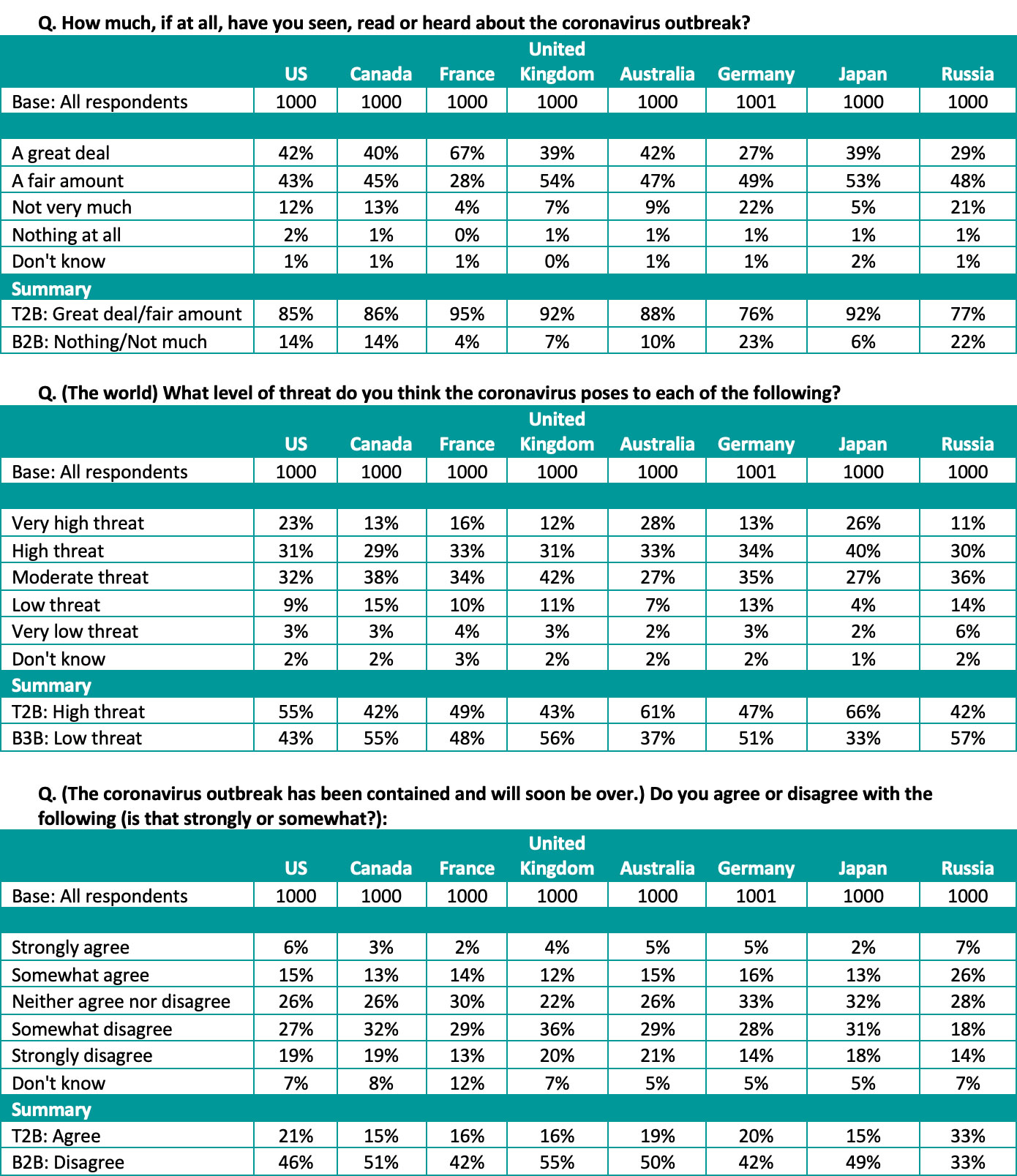 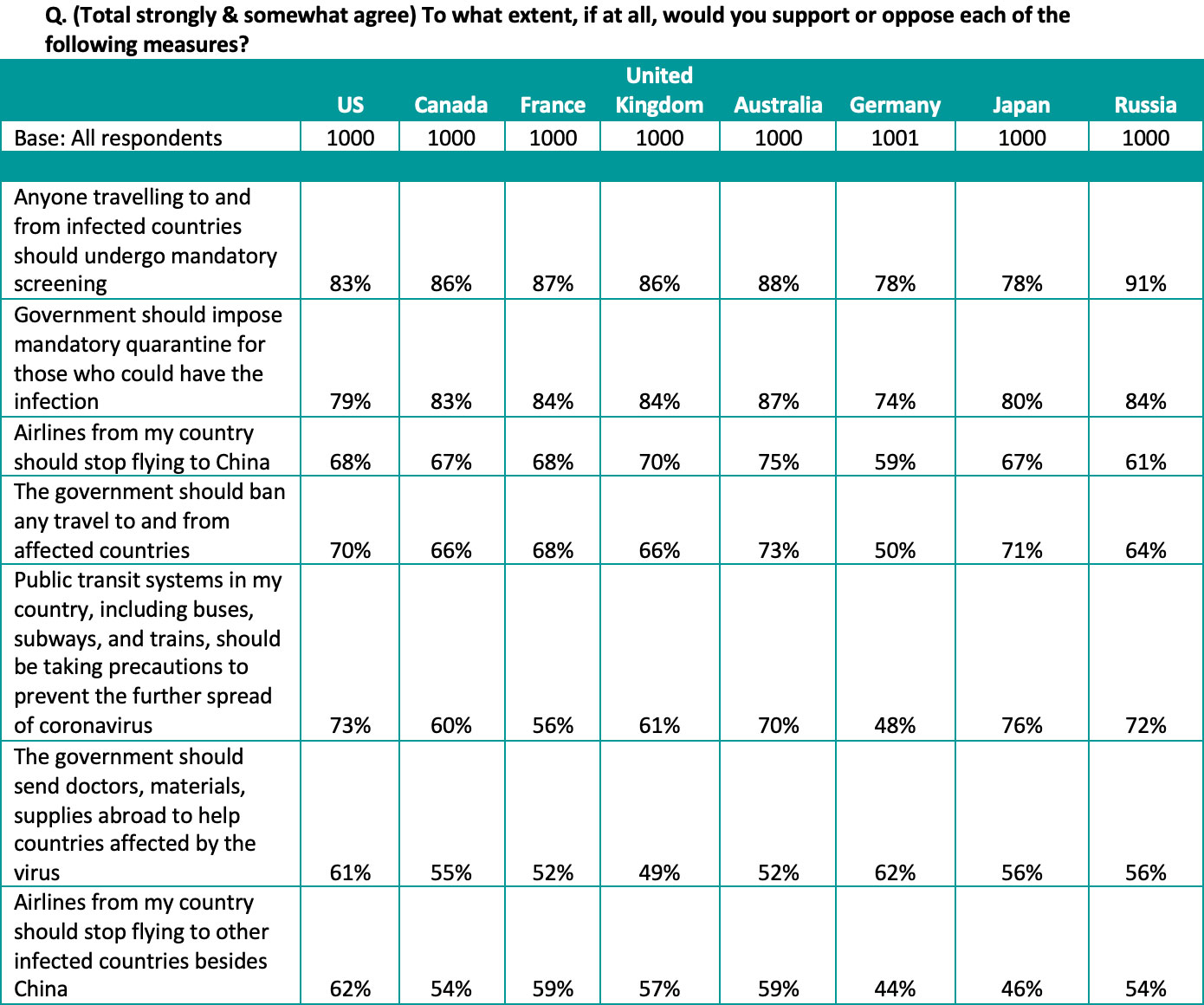