March 26, 2020 — More than half of people in many large countries, including Australia, think the restrictions on travel and mandates for self-isolation will not stop the spread of the coronavirus, according to the latest Ipsos survey on COVID-19.

The key findings for Australia from this latest study show that:

More than half of people in many large countries think the restrictions on travel and mandates for self-isolation will not stop the spread of the coronavirus, according to the latest Ipsos survey. 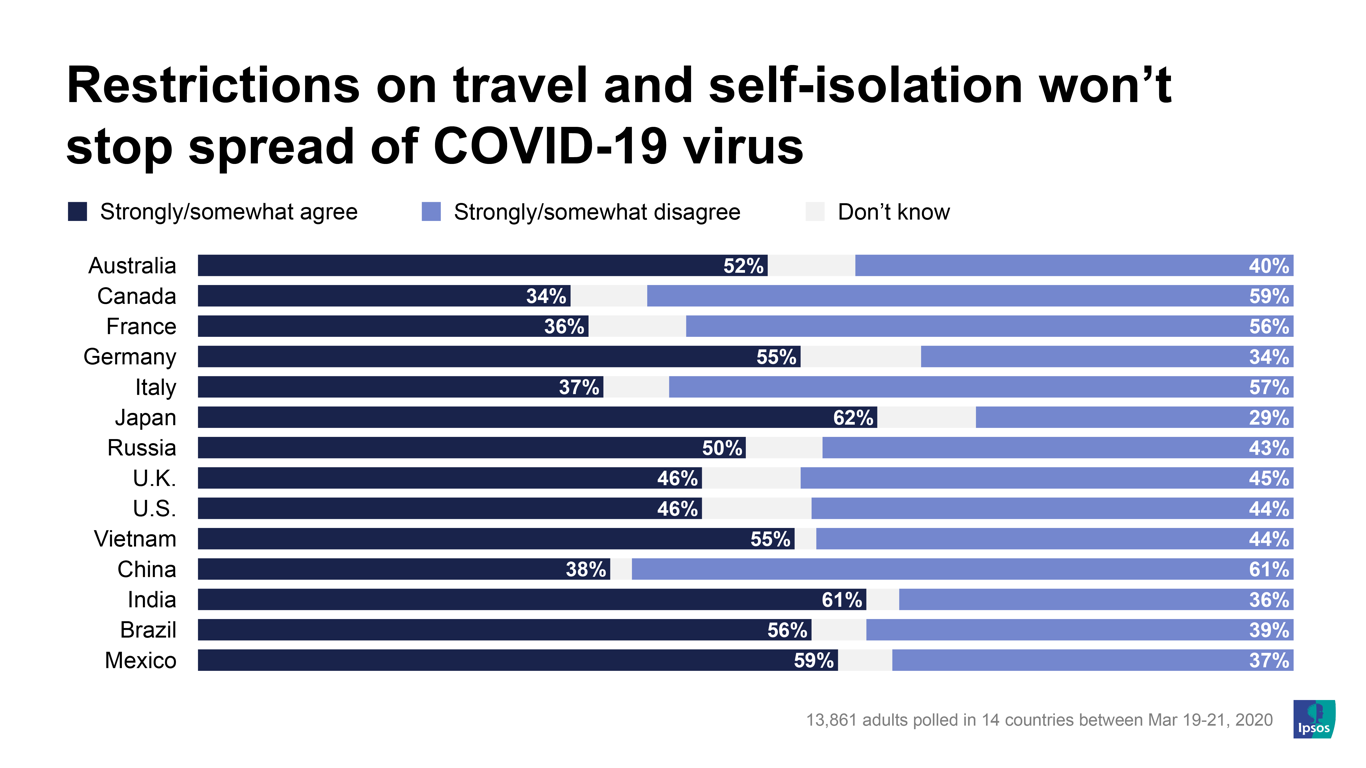 Darrell Bricker, CEO of Ipsos Global Public Affairs, said the results show people are not confident that isolation, both personally and nationally, will stop the spread of the coronavirus. 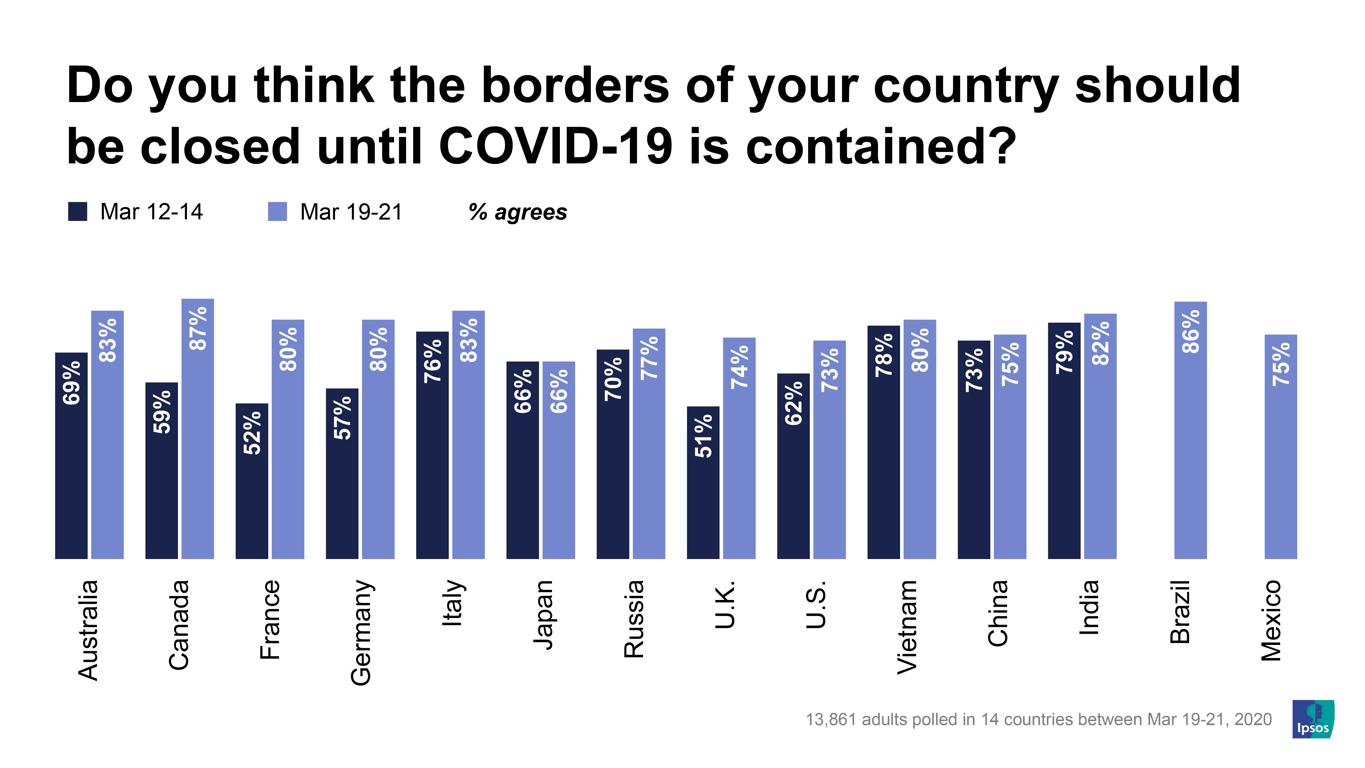 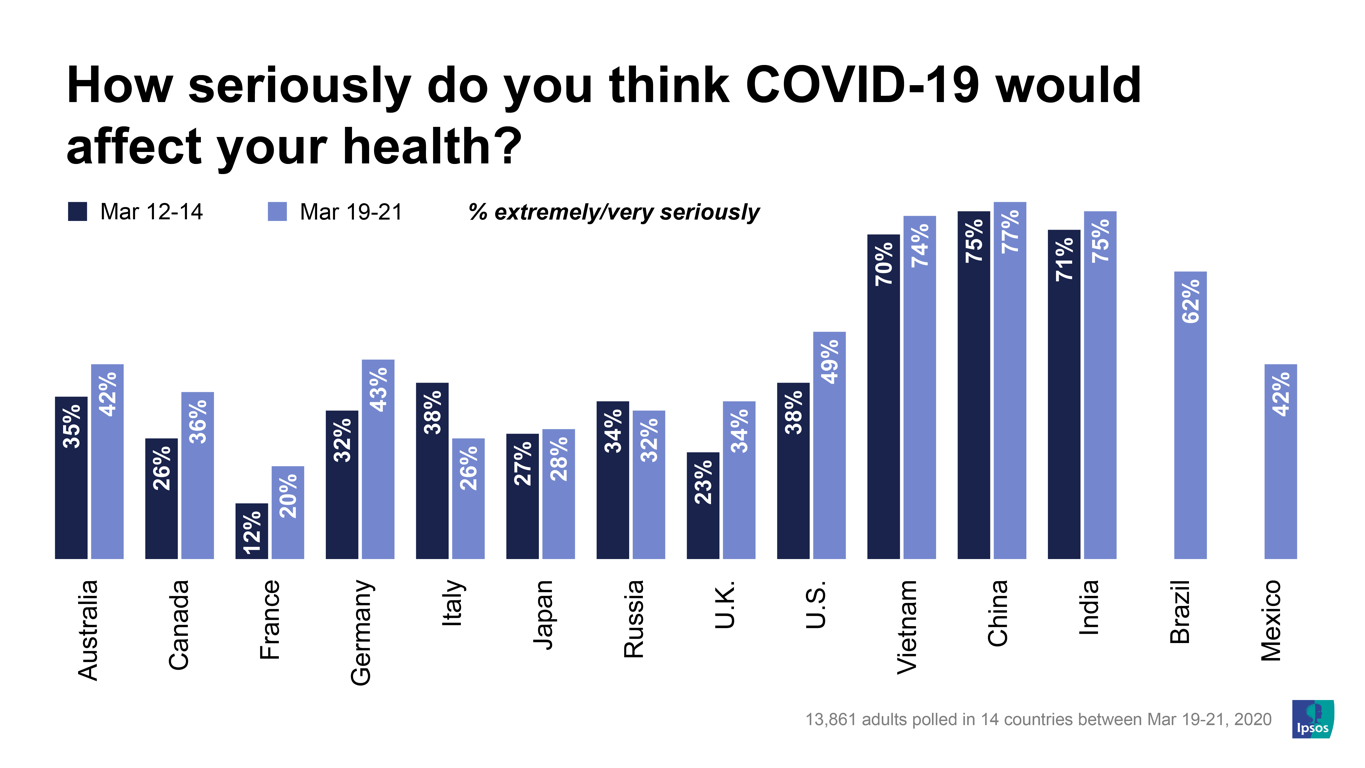 At the same time, there’s also been a noticeable increase in the number of people who think the coronavirus poses a high threat to their job or business in all countries  ̶  with Italy being one of the few exceptions remaining unchanged at 63%. Meanwhile, Japan is the only country with a decrease  ̶  down two points to 32%. 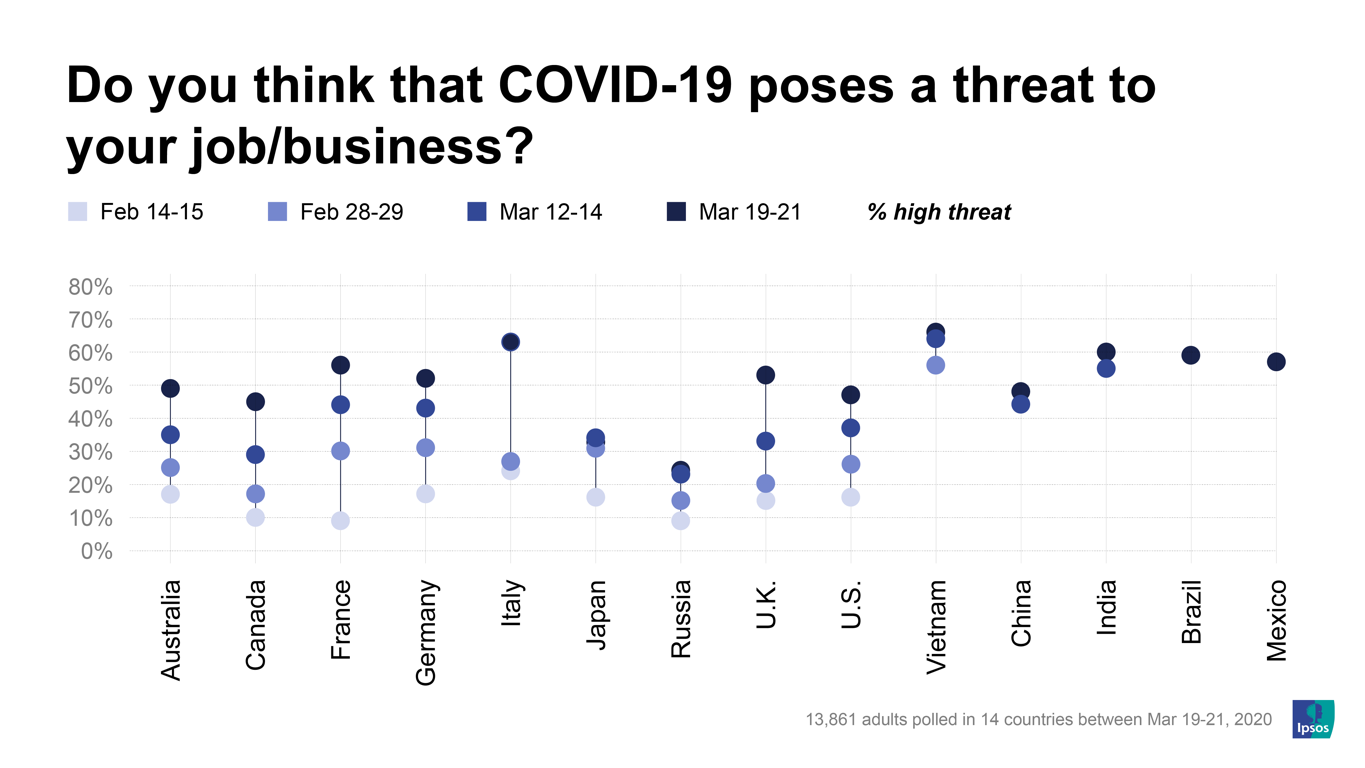 Ipsos Australia Director, David Elliott, said: “Again we have seen things move rapidly in the space of a week. remembering that our fieldwork was last weekend, before some of the more serious measures and messaging we have seen throughout this week.

“The interesting piece of data this week is the level of uncertainty the public has around the effectiveness of social distancing measures.  At this point it raises the question as to whether this is driven by a belief that people aren’t doing it or won’t do it properly, or whether they genuinely believe that even if done properly it won’t work.  While our survey data doesn’t answer the questions the data we have from social media suggests that this concern about social distancing effectiveness, at least in Australia, might be in part due to our ability or willingness to do it properly.

“As we are interviewing again this weekend, it will be interesting to see how views have continued to evolve over the week.  After all the discussion and media coverage of business closures, lines at Centrelink, government spending, as well as coverage on younger people becoming ill its likely we will see increases in concern for one’s own health and concern for jobs and business increase further and more dramatically.”

The sample consists of approximately 1,000 individuals in each country. The samples in Australia, Canada, France, Germany, Italy, Japan, the U.K. and the U.S. can be taken as representative of these countries’ general adult population under the age of 75. The sample in China, India, Russia and Vietnam is more urban, more educated and/or more affluent than the general population and should be viewed as reflecting the views of the more “connected” segment of the population. The data is weighted so that each market’s sample composition best reflects the demographic profile of the adult population according to the most recent census data.

Where results do not sum to 100 or the ‘difference’ appears to be +/-1 more/less than the actual, this may be due to rounding, multiple responses or the exclusion of don't knows or not stated responses. The precision of Ipsos online polls are calculated using a credibility interval with a poll of 1,000 accurate to +/- 3.5 percentage points.