Three in four Australians (73%) said they would get the COVID-19 vaccine and more than half (54%) said it should be mandatory for those aged over 18, a new Ipsos survey conducted in partnership with the World Economic Forum in 15 countries has found.

The survey points to a general uptick in COVID-19 vaccine intent across the world, compared to six weeks ago. In Australia there was a five point rise in those who said they would get the vaccine compared to December 2020.

Of all 15 countries surveyed, the United Kingdom shows the highest level of vaccination intent: Nine in 10 British adults (89%) who say they have not been vaccinated against COVID-19 agree they would get a vaccine if it were available.

The percentage of those who strongly agree they will get vaccinated has increased in every one of the 15 countries since a similar survey was conducted December 17-20, 2020. At the time, many of the countries included in the study had not yet approved a vaccine. 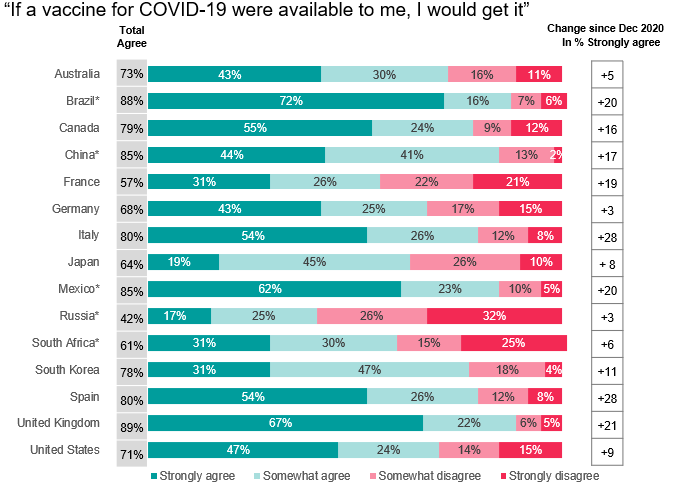 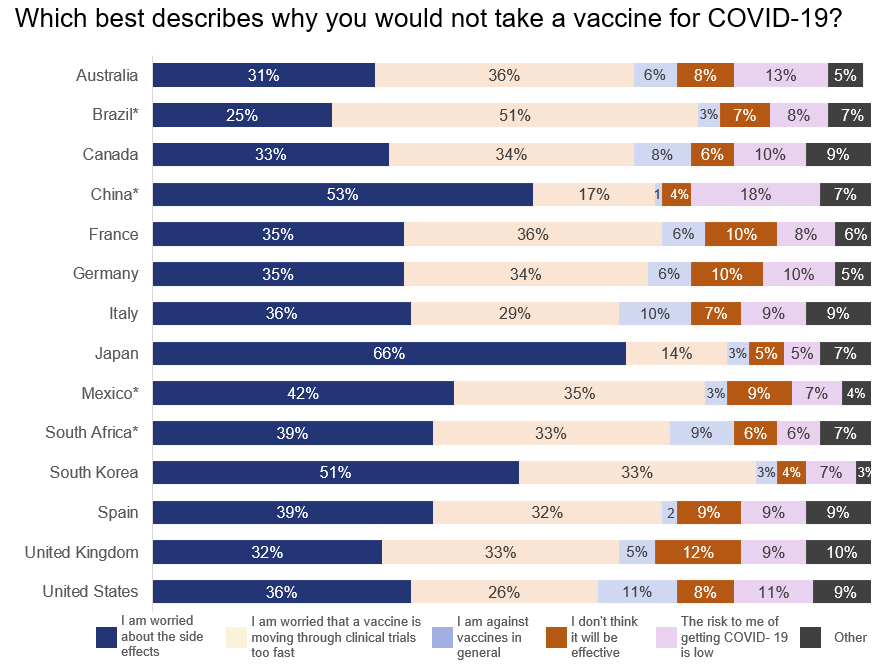 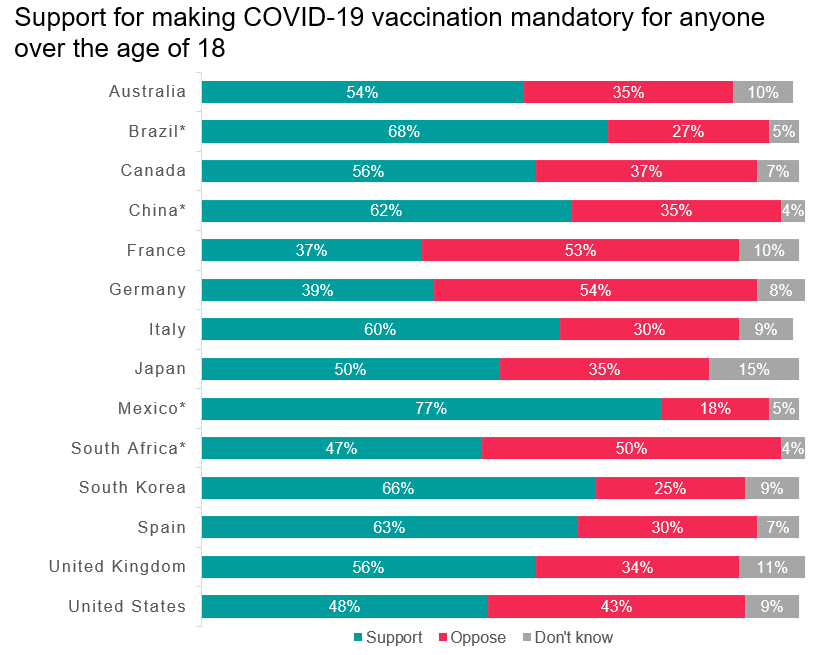 Ipsos Australia Director, Jessica Elgood, said: “The results from the latest Ipsos Global Advisor survey for the World Economic Forum show that the world is becoming more at ease with the prospect of having a vaccination for COVID-19. The proportion willing to  be vaccinated is increasing.

“In certain countries – such as the UK, Brazil and Mexico – this is likely to be influenced by the current high caseload.  But intent is also increasing in other countries with few COVID-19 cases, such as Australia, where there is growing appreciation of the need to vaccinate.

“There are still significant reservations for many people – particularly the speed of vaccine development and concern about side effects. Encouragingly, these are exactly the concerns the Federal Government advertising campaign is targeting, with messaging that the vaccines are safe and effective and meet ‘Australia’s high safety and quality standards’. It will be interesting to see whether the rapid roll-out of the vaccine overseas and soon in Australia allays these concerns among the Australian public.”