The International Women’s Day is observed on the 8th of March every year. This global observance is a way to celebrate women’s achievements and a call to attention to all the work still left to be done on a global scale. The theme for 2020 ‘I am Generational Equality: Realizing Women’s Rights’, is to mobilise global action to achieve gender equality and human rights for all women and children.

To mark the International Women’s Day, Ipsos conducted a new global study that reveals public perceptions of what helps or hinders women’s equality. The study revealed that around the world, there are significant differences in opinion on the factors that help women get ahead. 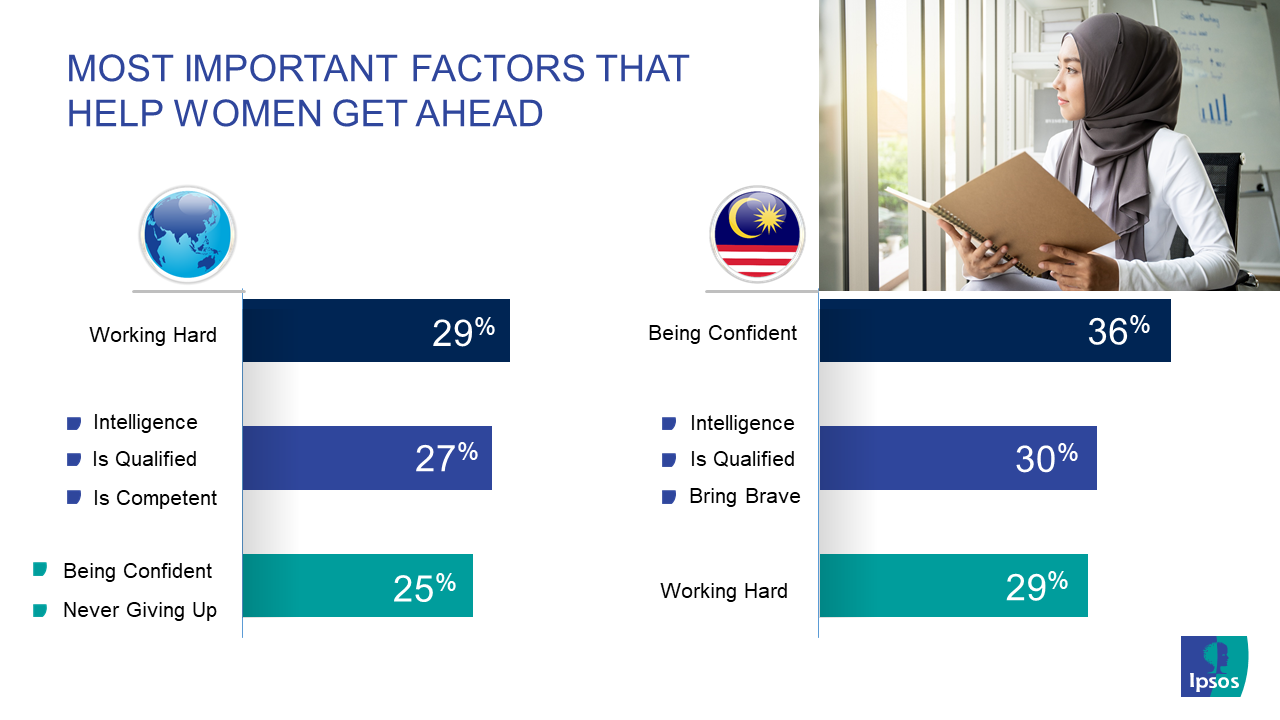 In Malaysia, over a third of people (36% against global average of 25%) say that being confident is an important factor in helping women succeed. Intelligence and being qualified are the other two key factors that help Malaysian women get ahead. Globally, working hard (29%), intelligence (27%) and being competent (27%) are seen as the most important factors that help women to get ahead than they are for men. 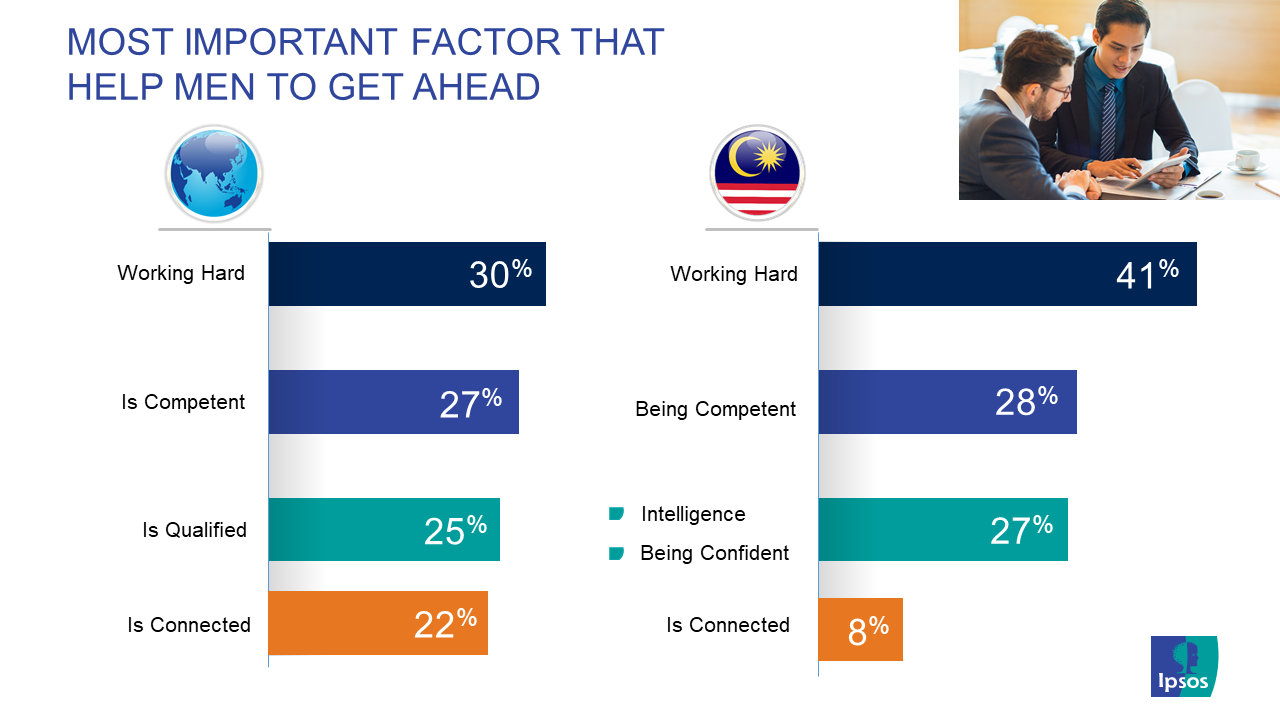 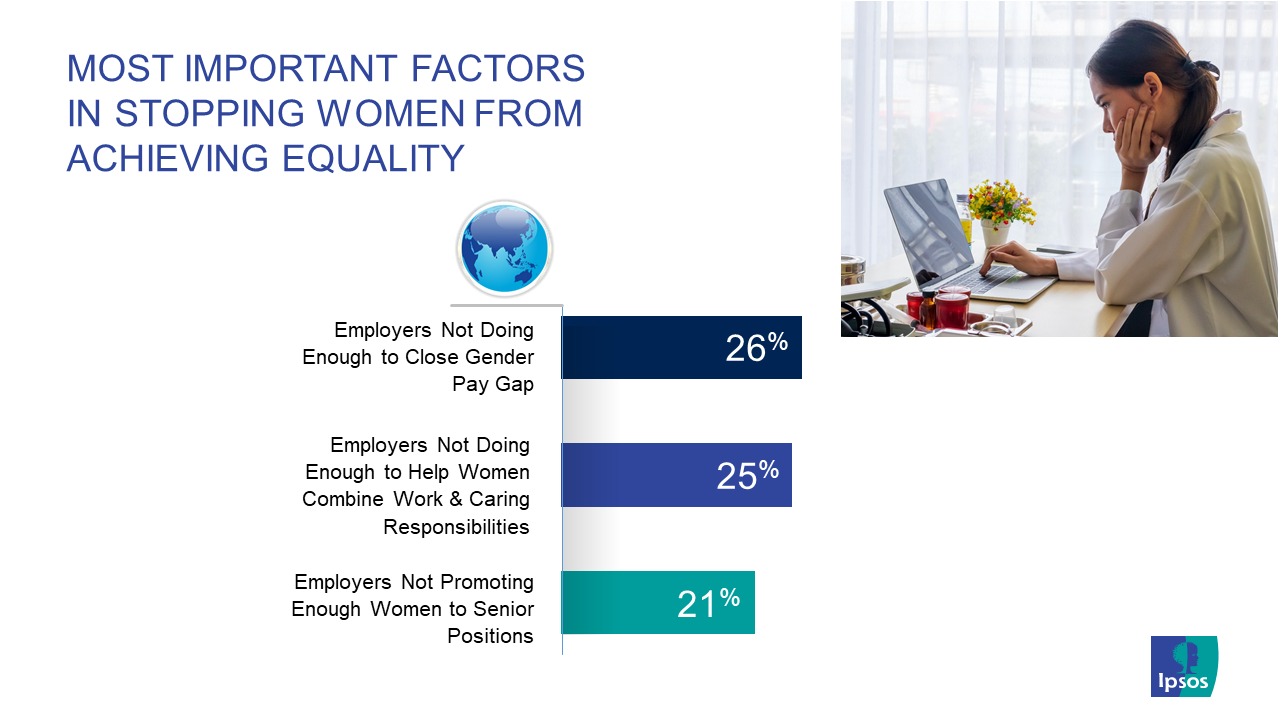 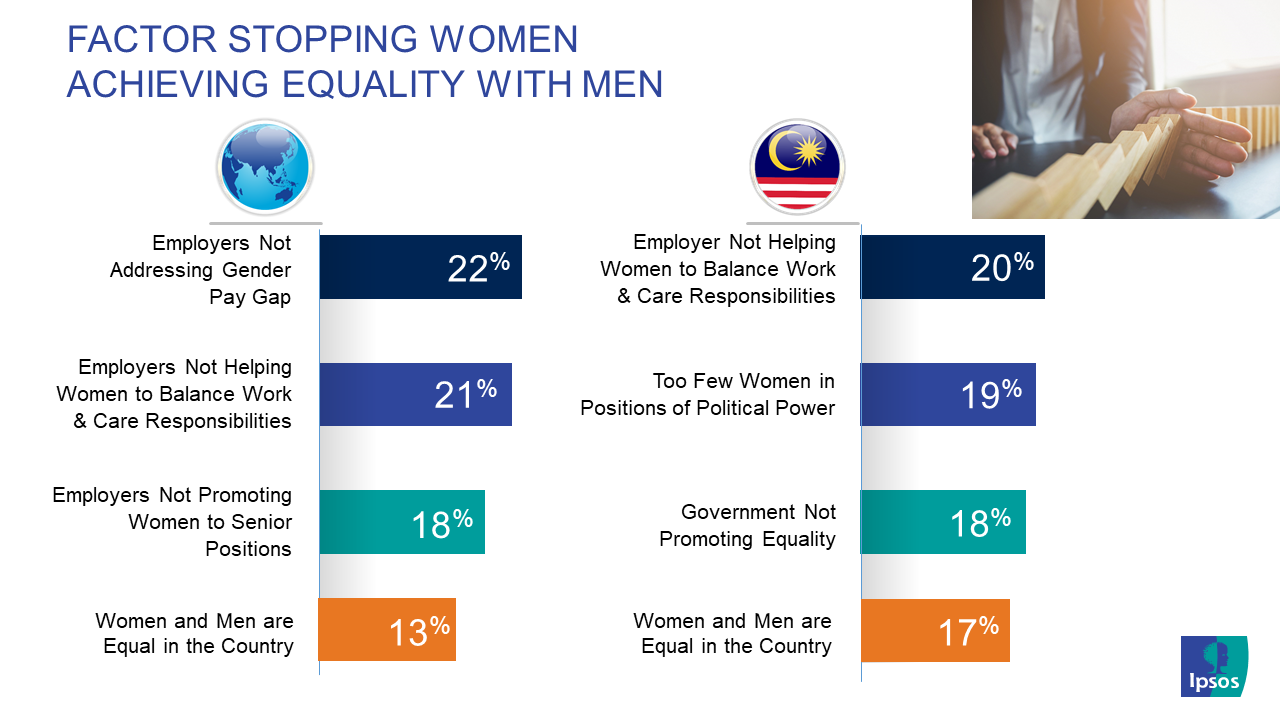 Employers not helping women to balance work and care responsibilities (20%) is seen as the most important factor in stopping women from achieving equality with men in Malaysia.

Globally, men are twice as likely as women to say that gender equality has already been achieved in their country. 17% Malaysians are likely to think that women and men are already equal in the country, compared with an average of 13% globally. 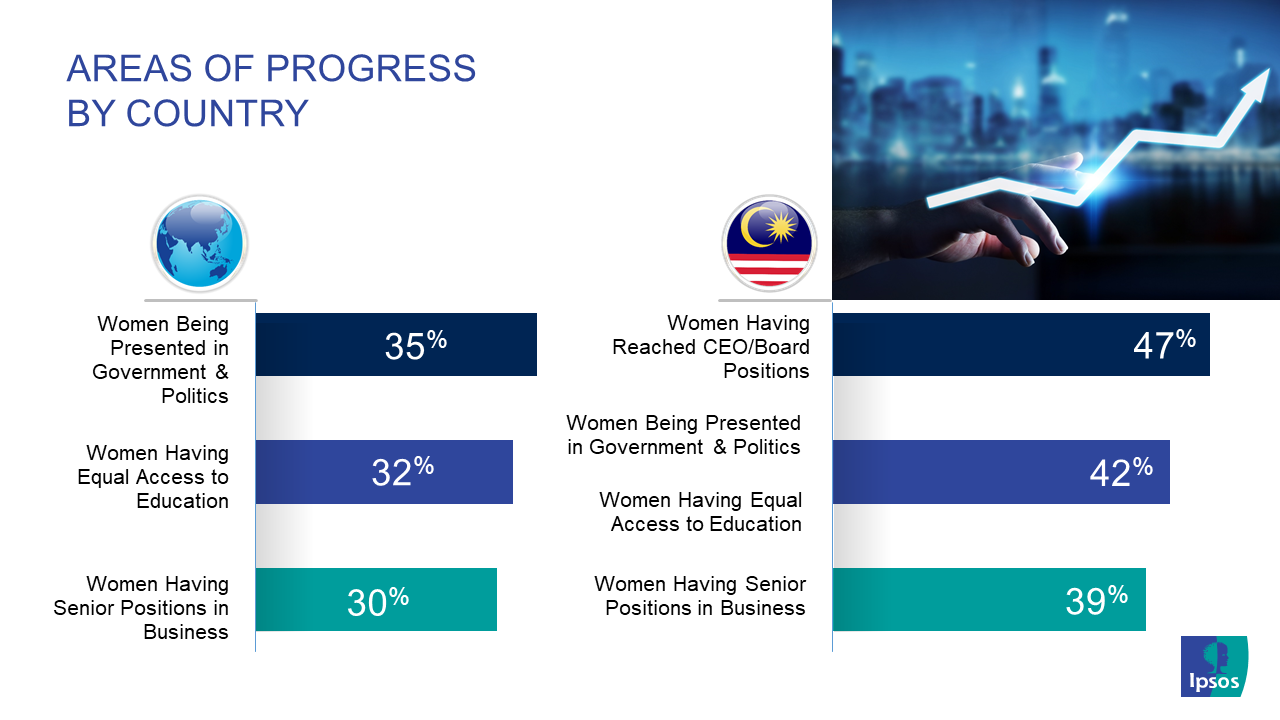 While talking about gender equality, it is also important to look into where has most progress been made and where does change need to happen next. In Malaysia, 47% say most progress has been made with women having reached CEO/board positions over the last 25 years, the top area cited.

“Women’s rights are human rights. This often-repeated phrase is a call to action for accelerating gender parity the world over. The International Women’s Day reminds us that global gender equality still has a long way to go. It is important that actual, tangible changes are done to improve the opportunities and working conditions of female employees. We firmly believe that conversation and recognition will lead to greater reform in the space of gender equality.”

The survey is an international sample of 19,943 adults aged 18 74 in the United States and Canada and 16 74 in all other countries. Interviews were conducted between 20th September-4th October 2019.

Where results do not sum to 100 or the ‘difference’ appears to be+ 1 more/less than the actual , this may be due to rounding, multiple responses or the exclusion of don't knows or not stated responses.