After 16 years in office, Angela Merkel is not running again as a candidate for Chancellor in Germany's upcoming federal election on September 26. As a long political era comes to an end, a new global study by Ipsos, conducted online among nearly 20,000 adults across 28 countries, examined people's views on Merkel's impact on their own country, Europe, and the world.

In Australia, half the respondents (52%) agree that Germany has been a trustworthy partner for Australia on global issues under Angela Merkel, with only one in ten (25%) disagreeing. Just under two in five (38%) were not sure.

When asked about their opinion of Angela Merkel, 57% of Australians surveyed were favourable with only 12% unfavourable, giving a net favourability of 45%. Three in ten (31%) indicated they were not familiar with Angel Merkel.

In addition to people's views on Angela Merkel and Germany's role in the world, the Ipsos study examined more general attitudes on global leadership. In Australia the findings included:

Ipsos Australia Director, Jess Elgood, said: “As Australians, the majority of us look back favourably on Angela Merkel’s time as German Chancellor and feel that, under her leadership, Germany proved itself a trustworthy partner to Australia.

“When we consider the qualities that are needed by global leaders, Australians are more likely than most other countries to value strength.  Also, in line with global opinion, half of us feel that more female political leadership would bring greater peace and success to the world. However, unlike many other countries, Australians are not worried about our leaders remaining in office too long and accruing too much power.  This possibly reflects our recent experience over the last decade of regular changes of Prime Minister, that has left us with an appetite for greater political stability and continuity.” 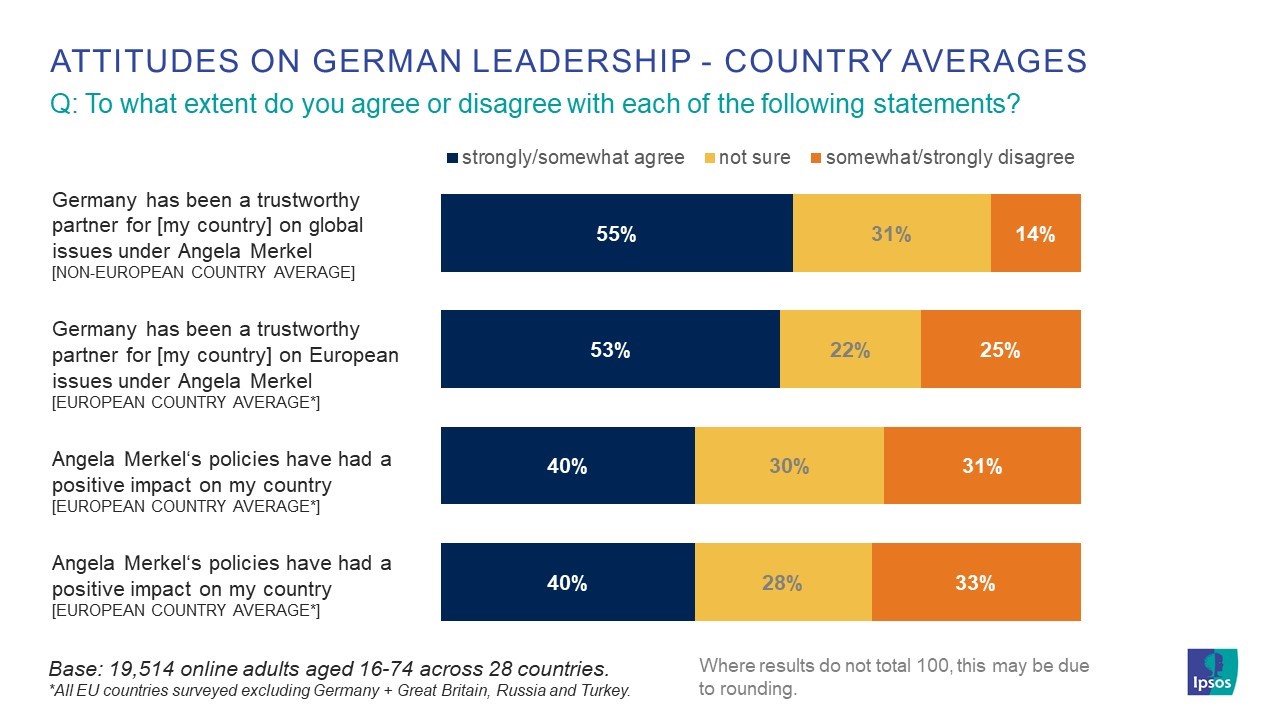 In addition to people's views on Angela Merkel and Germany's role in Europe and the world, the Ipsos study examined more general attitudes on global leadership. Among the global findings: 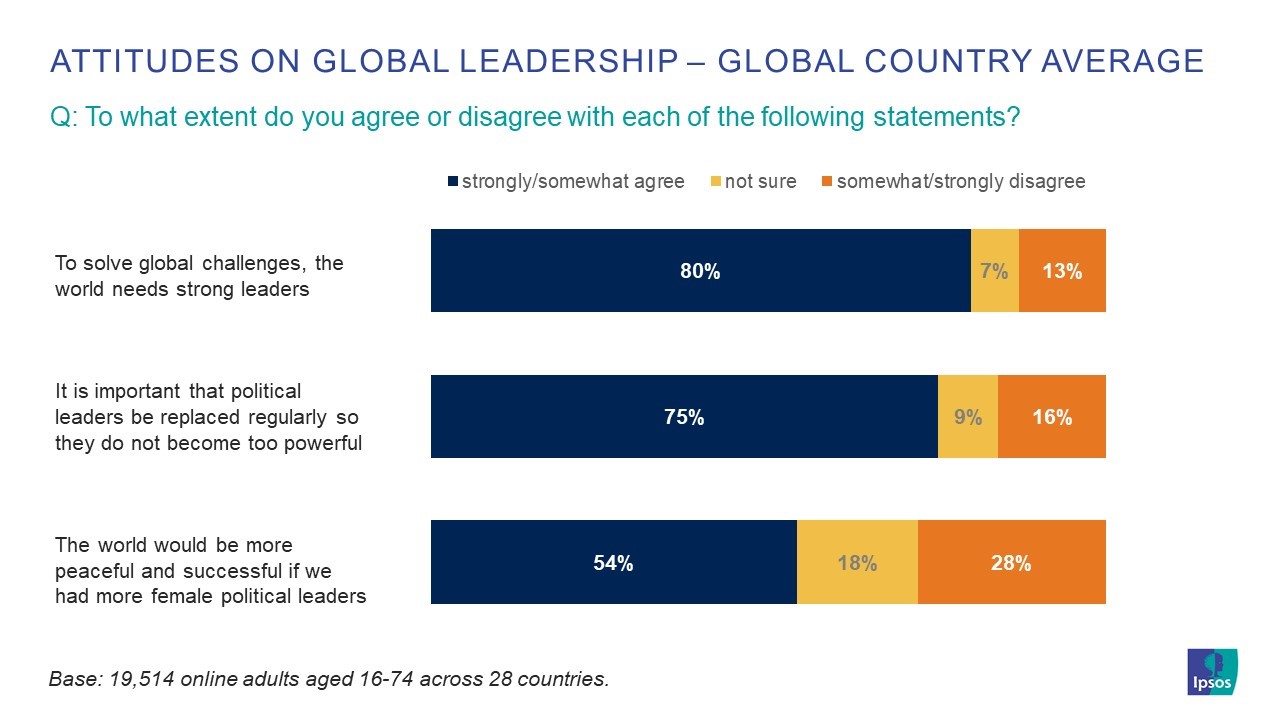 These are the results of a 28-country survey conducted by Ipsos on its Global Advisor online platform. Ipsos interviewed a total of 19,514 adults, aged 18-74 in the United States, Canada, Malaysia, South Africa, and Turkey, and aged 16-74 in 23 other countries, between Friday, July 23, and Friday, August 6, 2021.

The samples in Argentina, Australia, Belgium, Canada, France, Germany, Great Britain, Hungary, Italy, Japan, the Netherlands, Poland, South Korea, Spain, Sweden, and the U.S. can be taken as representative of their general adult populations under the age of 75.

The samples in Brazil, Chile, mainland China, Colombia, India, Malaysia, Mexico, Peru, Russia, Saudi Arabia, South Africa, and Turkey represent a more urban, educated, and/or more affluent section of the general population. The survey results for these countries should be viewed as a reflection of the views of this more ‘connected’ segment of their population.

The Global Country Average reflects the average result for all countries where the survey was conducted. It has not been adjusted to the population size of each country and is not intended to suggest a total result.

Where results do not total 100 or the ‘difference’ appears to be +/-1 more/less than the actual, this may be due to rounding, multiple responses, or the exclusion of ‘don’t knows’ or not stated responses.

Sample surveys and polls may be subject to other sources of error, including, but not limited to coverage error, and measurement error. The precision of online surveys conducted on Global Advisor is measured using a Bayesian Credibility Interval. Here, the poll has a credibility interval of +/-3.5 percentage points for countries where the sample is 1,000+ and +/- 4.8 points for countries where the sample is 500+. For more information on the Ipsos use of credibility intervals, please go to: https://www.ipsos.com/sites/default/files/2017-03/IpsosPA_CredibilityIntervals.pdf.