Six in ten of the global public rate scientists as trustworthy and just one in ten consider them untrustworthy. The next most-trustworthy profession globally is doctors (56% trustworthy), followed by teachers (52%). Politicians are the least trusted group globally.

A snapshot of trustworthiness in Australia

In Australia, Doctors are the most trustworthy profession (69%), followed by a group of four different professions: Scientists (62%), Teachers (60%), Armed Forces (58%), and the Police (56%). The professions most likely to be considered untrustworthy were politicians (64%), Government ministers (55%), Advertising executives (55%), Bankers (52%) and Clergy/Priests (42%). 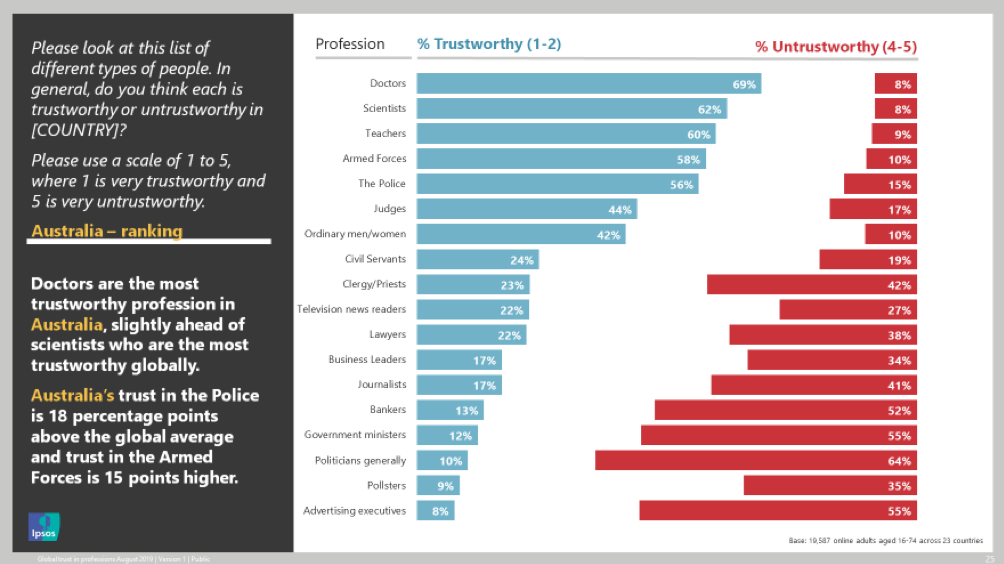 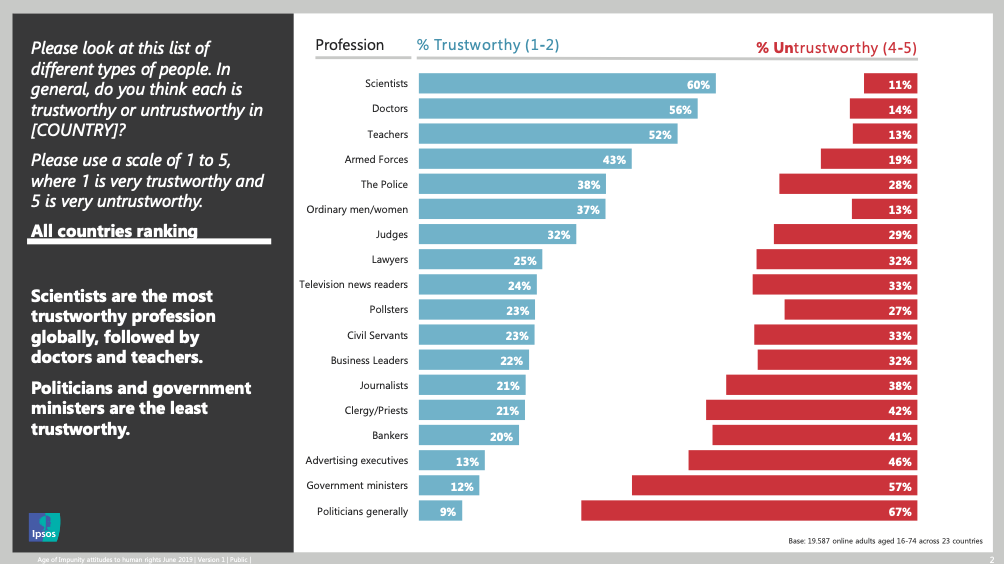 Doctors are the most trustworthy profession for citizens of Australia (69%) as well as Belgium, Canada, France, Great Britain, South Africa, Spain and Sweden (where they are tied with scientists). Australia ties with Spain as having the highest trust in doctors across countries (69%). Doctors are the second most trustworthy profession globally (56%).

Australians rank the Armed Forces as the fourth most trusted profession (58%), which although in line with the global average ranking, is actually 15 percentage points above it (43%). While Indians are the only country to see armed forces members as the most trustworthy profession.

Australia’s trust in ordinary men and women (42%) is slightly higher than global views (37%), although is ranked one spot lower as the seventh most trusted profession.

Australia has the least trust in advertising executives (8%), which is only slightly below the global average (13%). In line with the rest of the world (67%), Australia sees politicians in general as the most untrustworthy profession (64%). 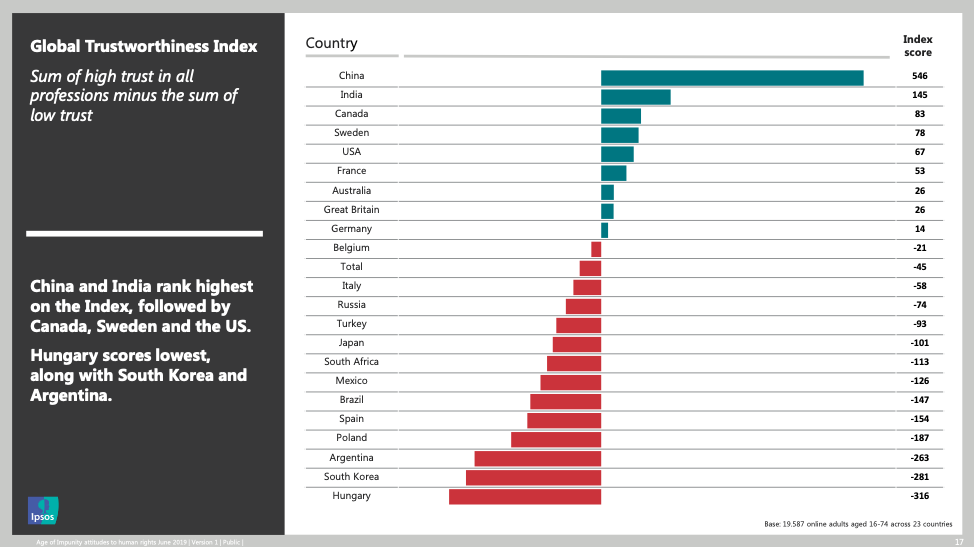 Commenting on the findings, David Elliott, Director, Ipsos Australia Social Research Institute, said: “It has been said that we are losing faith in experts. This study shows that in fact, scientists are held in high esteem both here and in Australia.

“The high levels of trust placed in many professions of crucial importance to our society are encouraging as they indicate that we don’t think society is completely broken.  We still have a lot of trust in many important professions, like doctors, teachers, the armed forces and the police.  What is more concerning for us as a society are the low levels of trust in politicians, government ministers, bankers, journalists, clergy/priests and business leaders.

“Encouragingly for my colleagues and industry, while pollsters sit at the bottom on trustworthiness this looks to be more a result of many being undecided rather a strong sense of untrustworthiness.  When we look at the proportions indicating a profession is untrustworthy, pollsters soar to 8th position as the most untrustworthy well behind politicians, government ministers, advertising executives, bankers, clergy/priests, journalists and lawyers.”