Washington, DC, May 27, 2021 — A new Ipsos survey conducted in partnership with the World Economic Forum about the United Nations’ Sustainable Development Goals finds “zero hunger”, “no poverty” and “good health and well-being” ranking as the global public’s top priorities.
In 2015, world leaders agreed to 17 goals (also referred to as “SDGs”) for a better world by 2030.  They engage governments, the private sector, civil society and citizens to achieve a better and more sustainable future for all. Ipsos asked 20,000 adults from 28 countries to rank 8 randomly selected SDGs among 16 of them, in order of priority to address today. Each of the 16 goals was evaluated by close to 10,000 respondents.
The survey finds a remarkable consensus among citizens from all regions of the world when it comes to top priorities. 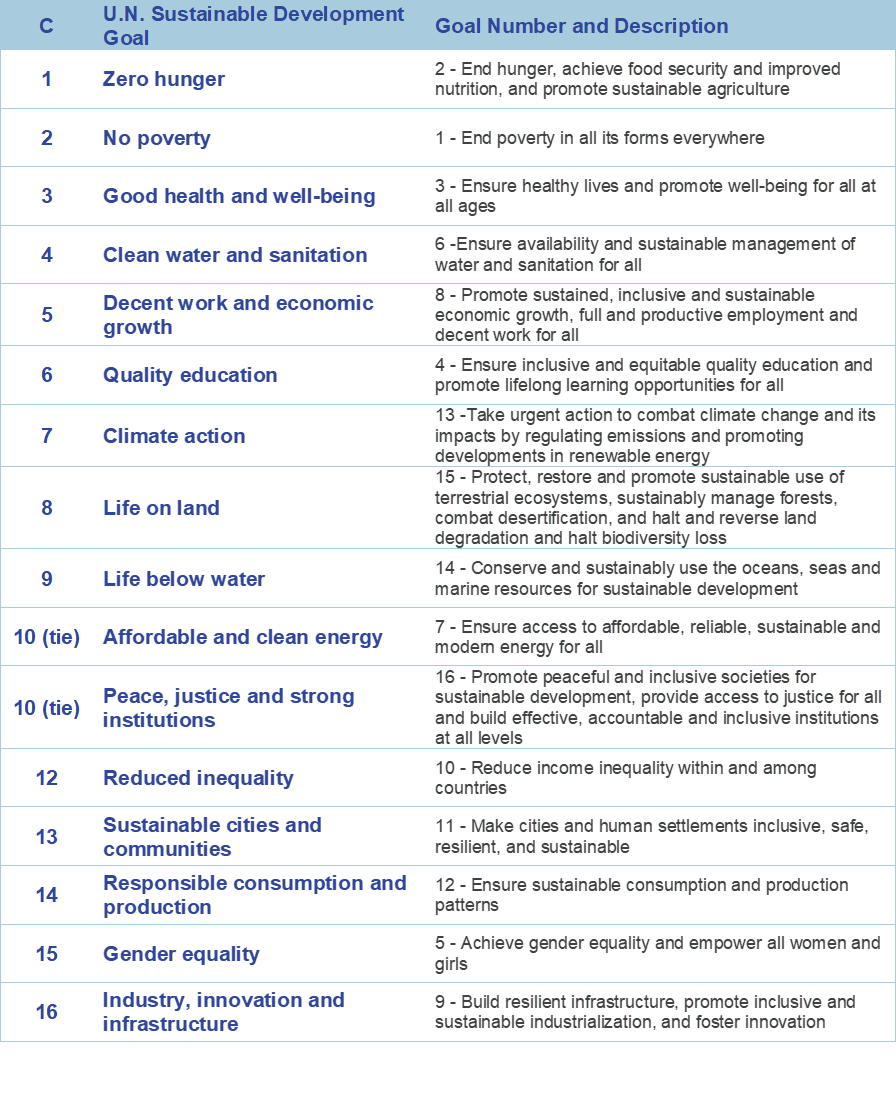