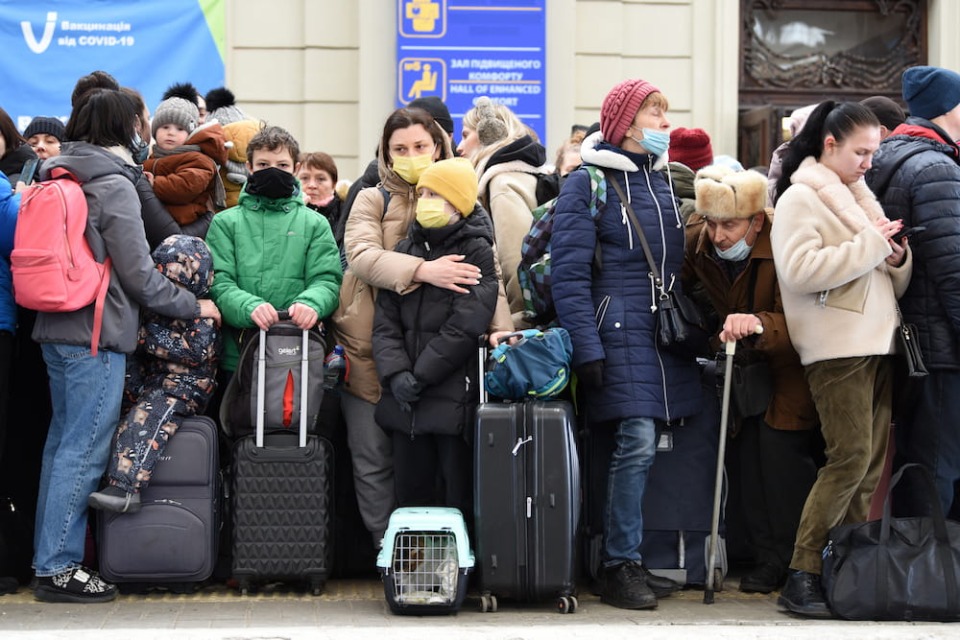 The survey, released today by Ipsos for World Refugee Day on the 20th of June, reveals a global country average of 78% of people, in the 28 countries surveyed, agreed in principle that people should be able to take refuge in other countries, including their own, to escape war or persecution. Around one in six (16%) disagree with this principle. Attitudes have become more favourable since last year in most of the countries surveyed, suggesting that the Ukraine crisis has increased public openness to refugees and reversed some of the concerns generated by the pandemic.

The backdrop to the survey is that over 100 million people are now forcibly displaced around the world, according to UNHCR, the UN Refugee Agency, in light of the Ukraine crisis, which is the fastest displacement crisis in recent times.

The majority support allowing more people into their country if they are seeking refuge to escape war, violent conflict, or natural disaster/the effects of climate change

Nearly two-thirds (a global country average of 64%) support allowing more refugees into their country who are seeking refuge to escape war or violent conflict, with one in ten (11%) opposing.

With climate change effects expected to drive additional displacement in the future, a majority (55%) support allowing more people into their country who are seeking refuge to escape natural disaster or the effects of climate change, with one in seven (14%) opposing this.

More favourable attitudes towards refugees have been accompanied by action

Two in five (40%) reported that they have taken action to support refugees in the past 12 months – many for the first time, and with nearly half of them being motivated by the situation in Ukraine:

Gillian Triggs, UNHCR's Assistant High Commissioner for Protection, said: “The Ukraine crisis has triggered an outpouring of compassion, support and funding.  We hope this momentum can be maintained, so that all, and not some, refugees have access to protection and receive support. Because everyone has the right to seek safety no matter who they are or where they come from.”

Not all the findings were so positive for refugees. For example:

Despite increased support for refugees, views are divided on whether governments should provide more support

Three in five (60%) agree that being allowed to work would help asylum seekers to learn their country’s language and integrate (13% disagree), but views on this policy are nuanced.  Almost half (48%) say that giving asylum seekers the right to work while waiting for a decision on their asylum claim could attract people to their country without a genuine asylum claim.

Views are divided as to whether governments are currently accepting the right number of refugees or spending the right amount on support to refugees.

Trinh Tu, Managing Director of Public Affairs, Ipsos UK said: “The war in Ukraine has galvanised public support for refugees fleeing war or persecution across the 28 countries surveyed, with many people taking personal action to support refugees for the first time. And as we emerge from COVID-19, the public are also more relaxed about keeping their countries’ borders open to refugees.  However, public concerns that most refugees are not genuine persist, as is the public’s lack of awareness and support for those seeking refuge for other reasons. The warming of public attitudes towards refugees presents an opportune moment to address these more persistent beliefs and change hearts and minds.”

These are the results of a 28-country survey conducted by Ipsos on its Global Advisor online platform. Ipsos interviewed a total of 20,505 adults, aged 18-74 in the United States, Canada, Malaysia, South Africa, and Turkey, and age 16-74 in 23 other countries between Friday, April 22nd 2022 and Friday, May 6th, 2022.