Both he and his wife caught COVID-19 last December and with two small children at home, that experience, he says, was a “real eye-opener” on what truly matters.

By making a drastic career change amid COVID-19, Rishi is one of the millions of workers around the world who are part of what’s being described as a mass exodus from the workforce with terms like “the great attrition” or “the great resignation.”

The latest data from the world’s biggest economy shows it – another nearly four million people in the U.S. quit their jobs in July 2021, according to the U.S. Bureau of Labor Statistics – just below a record hit in April. That’s 25% higher than the same period a year ago.

“Now people are saying it’s how I was treated in the pandemic that’s the reason for leaving,” she said.

Added to this, almost two in five people (38%) said their home is a difficult place to be productive. These sentiments are even more pronounced in emerging markets with Middle Eastern and Asian countries at the top.

Rishi said he started going into the office on his own accord just a couple of months after he started working from home last year because he couldn’t stay home.

“I’ve studied this before the pandemic and the world that I studied this in is very different than what we have now,” said Professor Choudhury. “Back then, there were no lockdowns, kids went to school, we were not psychologically stressed about our health, people could go to a gym.”

Kirsten Clacey, the co-founder of The Remote Coaches and Hacking Remote Facilitation, agrees, saying that workers, especially parents, have undergone incredible transitions and taken on more than ever before.

“Some of these challenges will persist beyond the pandemic, and organizations intending to continue in the direction of remote working will need to design policies that support diverse needs,” said Clacey, co-author of The Remote Facilitator’s Pocket Guide.

How parents and younger workers are most affected

People with children under the age of 18 were 10 percentage points more likely than those without young children to say they felt both disengaged (42%) and burnt-out (38%) because of working from home, according to the global average of the Ipsos poll. 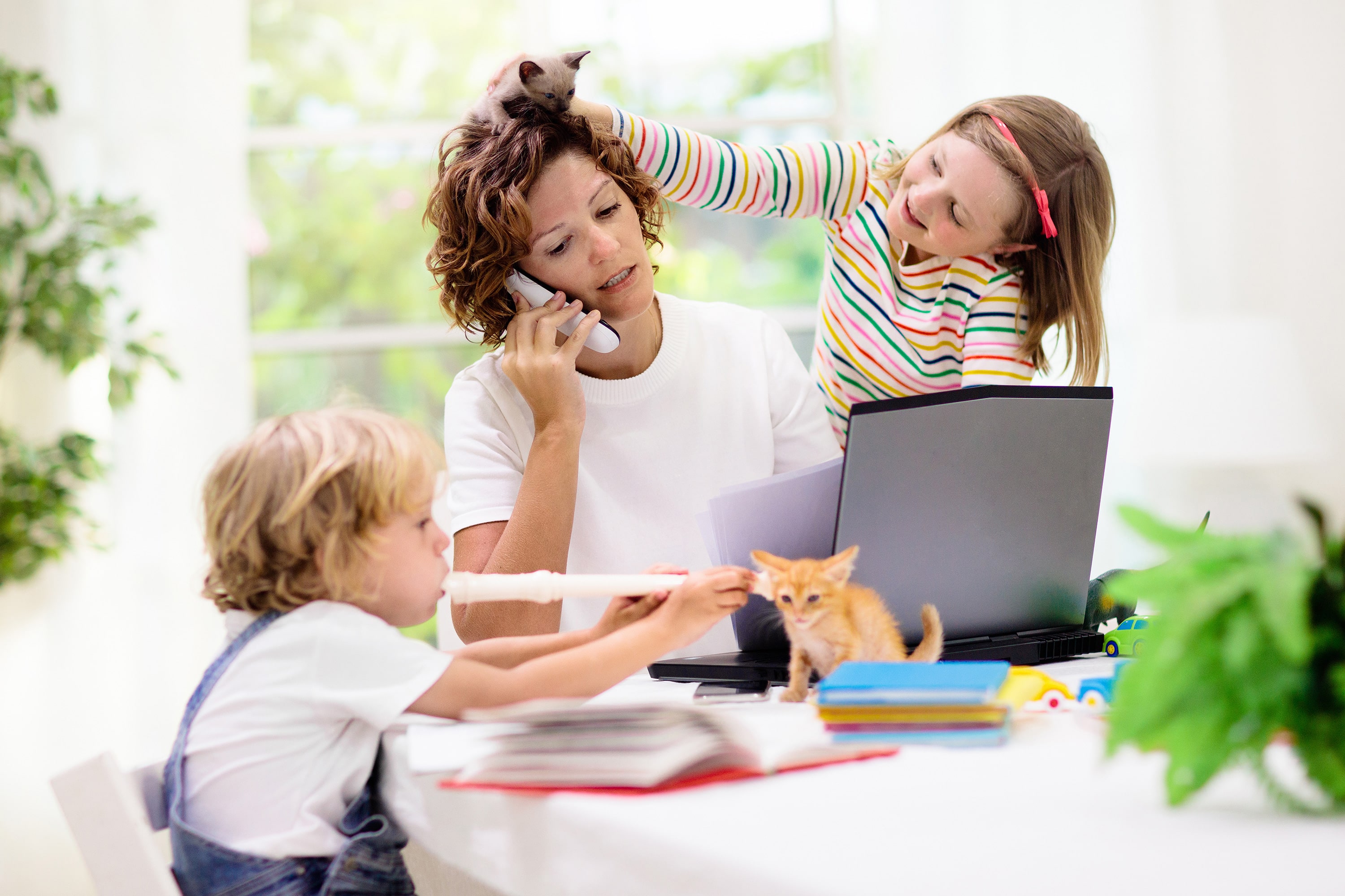 “They are also early in their careers, so they have less agency, and a lack of agency is a predictor for burnout because they don’t necessarily get to make decisions about how much they work and how they reach their goals. This means they’re often more likely to be micromanaged, which also leads to burnout.”

A continuing acceleration of younger people living alone in urban centres also dramatically increases loneliness and isolation when you can’t go into a workplace and be part of a community – another contributor to burnout, she added.

Moss also said that the group most comfortable working from home is Gen Xers, because they have developed a reputation at work that has been built over a 15-to-20-year career, and people knowing they can deliver.

Professor Choudhury suggests that these are the best practices that employers can adopt to make sure remote workers are feeling engaged, mentored, and not getting stressed out by working too hard:

“Not every work-related communication has to happen in person or on Zoom or through a phone call. Clearing out the clutter from people's calendars provides them with the time necessary to do the deep introspective thinking needed to handle their projects better. It’s really helpful, especially for introverts, not to have meeting overload and for people across time zones.”