Visit our interactive portal, Ipsos Consolidated Economic Indicators for graphic comparisons and trended data pertaining to the Ipsos Global Consumer Confidence Index and sub-indices - and all the questions on which they are based.

At 50.2, August 2019’s Ipsos Global Consumer Confidence Index is unchanged since last month, and remains up 0.9 of a point compared to three months ago. The global index gives signs of stability with a score above the 50-point mark for a second consecutive time this year. 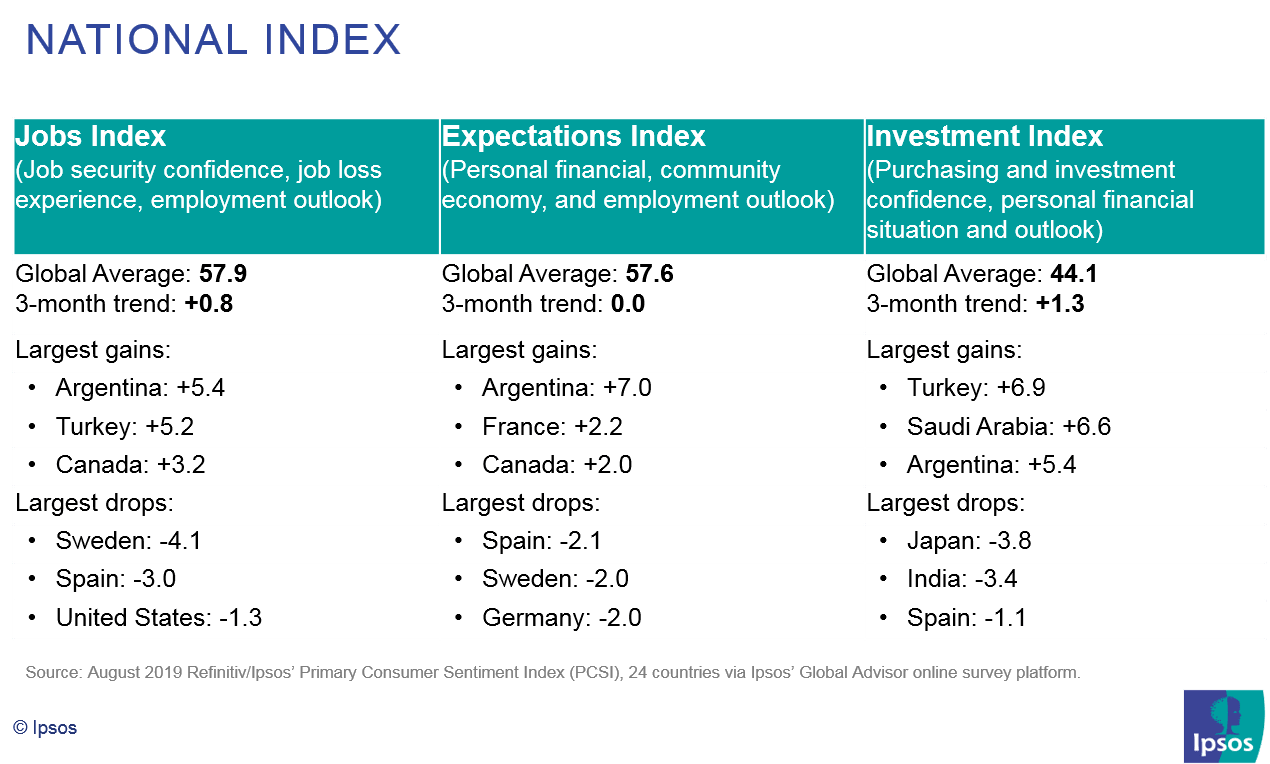 These findings are based on data from Refinitiv/Ipsos’ Primary Consumer Sentiment Index (PCSI) collected in a monthly survey of consumers from 24 countries via Ipsos’ Global Advisor online survey platform. For this survey, Ipsos interviews a total of 17,500+ adults aged 18-74 in the United States, Canada, China*, Israel, South Africa and Turkey, aged 19-74 in South Korea, and aged 16-74 in the other 17 countries, each month. The monthly sample consists of 1,000+ individuals in each of Australia, Brazil, Canada, China*, France, Germany, Italy, Japan, Spain, Great Britain and the United States, and 500+ individuals in each of Argentina, Belgium, Hungary, India, Israel, Mexico, Poland, Russia, Saudi Arabia, South Africa, South Korea, Sweden and Turkey.