A new Ipsos global study conducted to mark tomorrow’s World Refugee Day 2020 finds that the majority of citizens across 26 countries increasingly believe that people should have the right to seek refuge from war or persecution. However, concerns over the Coronavirus outbreak mean that people think their country should accept fewer refugees.

There is evidence that some attitudes have hardened, for example, there is increasing scepticism about whether those coming into the country as refugees are genuine refugees. On the other hand, the online survey conducted among adults aged under 74 in 26 countries shows that people have become more positive about the ability of refugees to successfully integrate into their new societies. 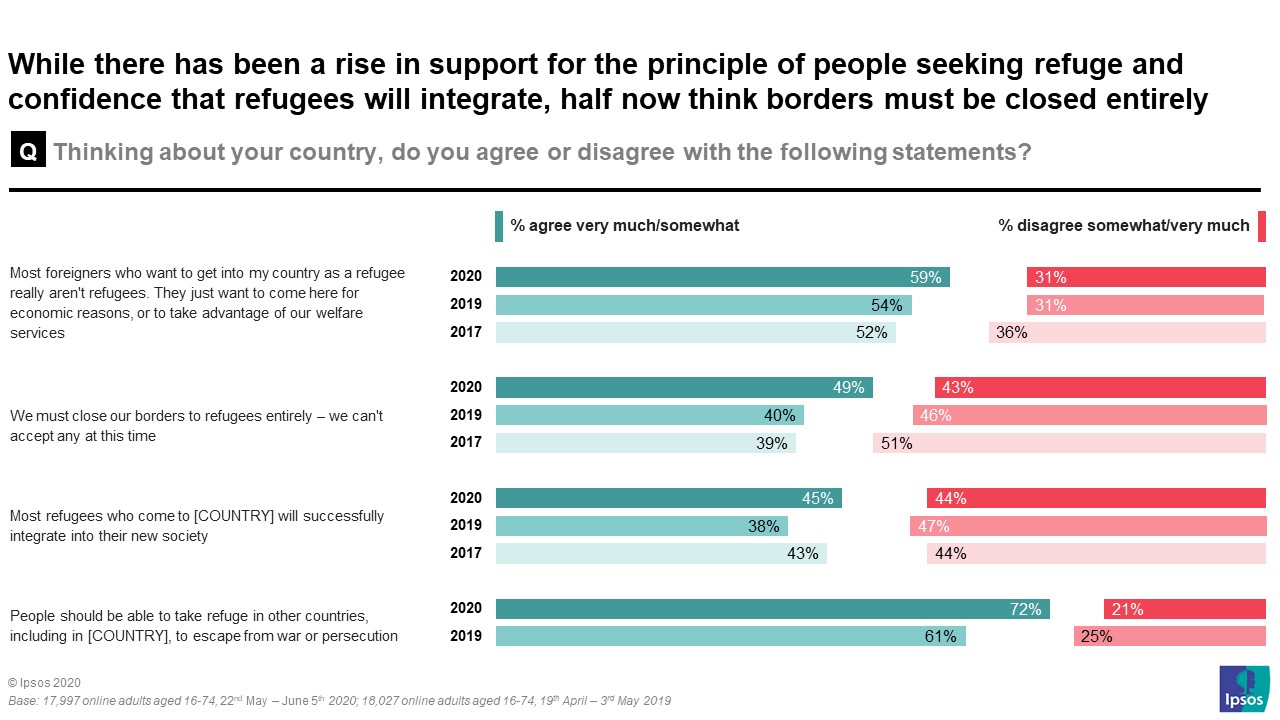 The detail of the study shows that: 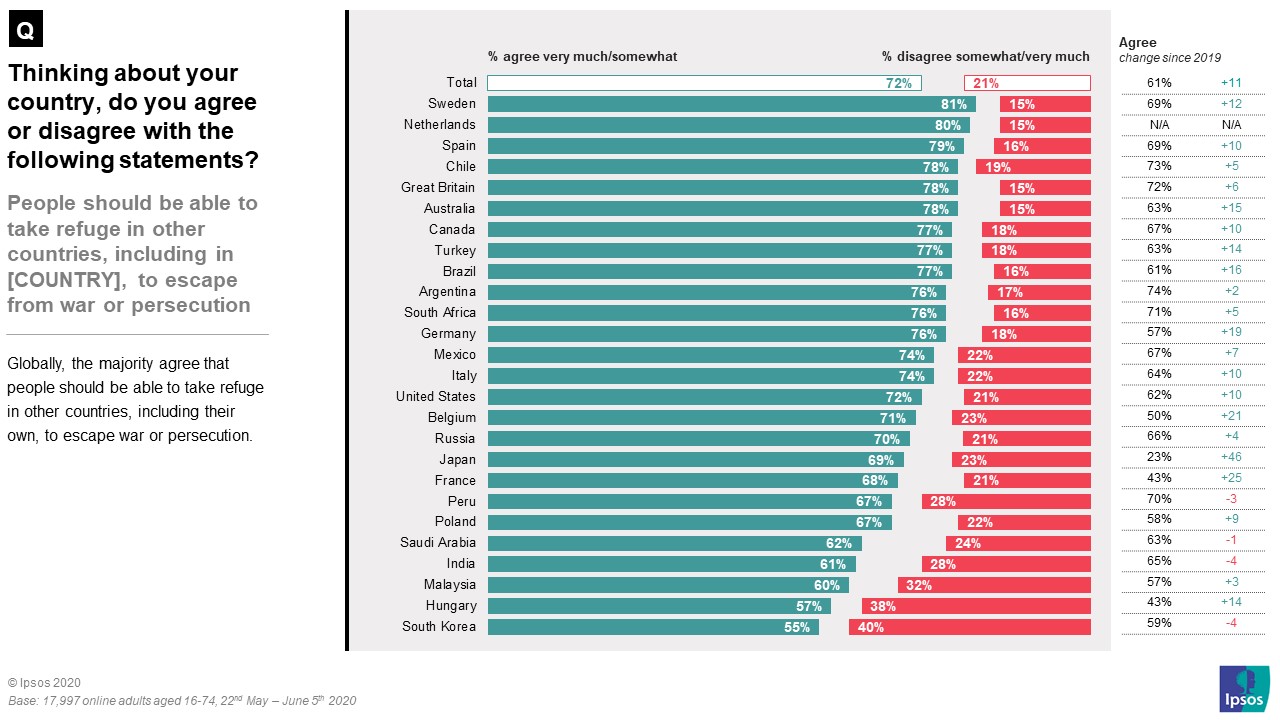 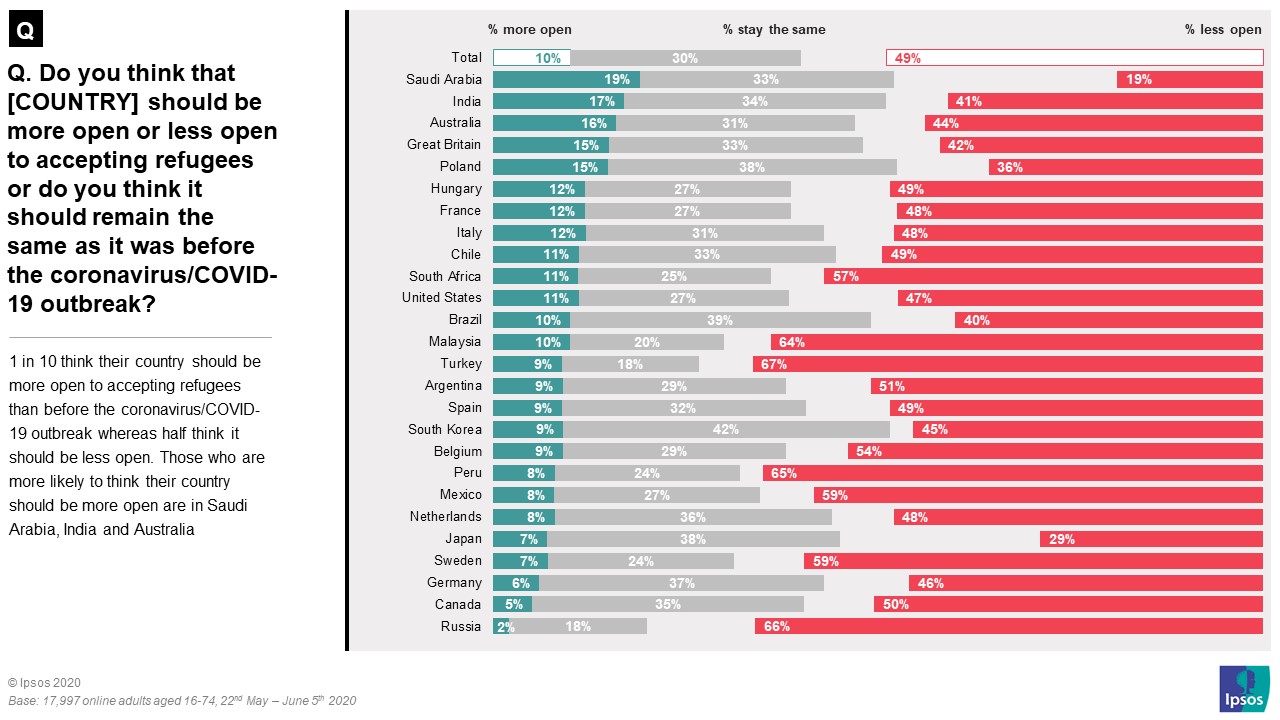 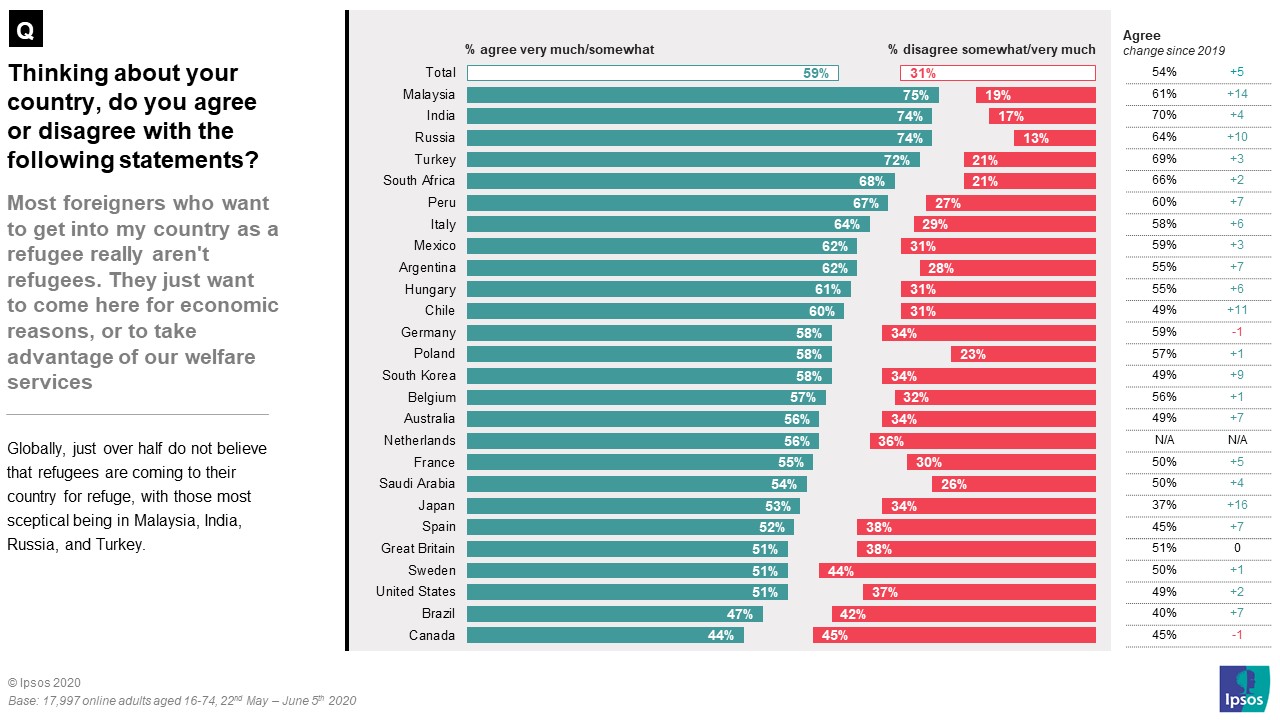 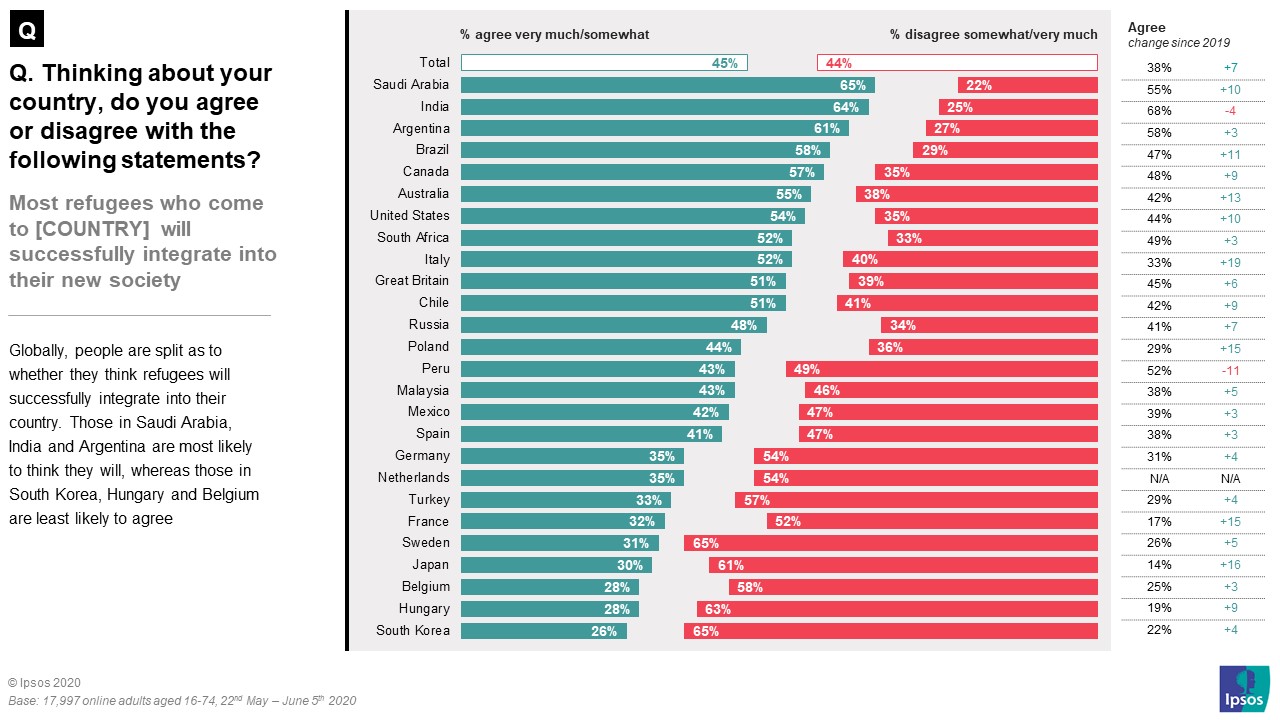 “In spite of the acceptances of the Global Compact on Refugees and the Comprehensive Refugee Response Framework by the UN in 2016, which called for the integration of refugees into their new chosen societies and the enablement of refugees to secure their own futures, these were, like most UN resolutions, not binding on the member states.

Today, refugees - also those in South Africa - live mainly at the fringes of society, cut off from education, health and employment possibilities. Unless conditions in the countries of origin of refugees are improved so that people no longer experience it as hostile or hopeless and therefore decide to leave, and populations in host countries start seeing the contribution refugees can make to society in a more positive light, this unfortunate situation is bound to be with us for many years to come.”