Theories about how the coronavirus can spread vary across 16 countries with some myths holding more prominence in regions like emerging markets, according to the latest survey by Ipsos. 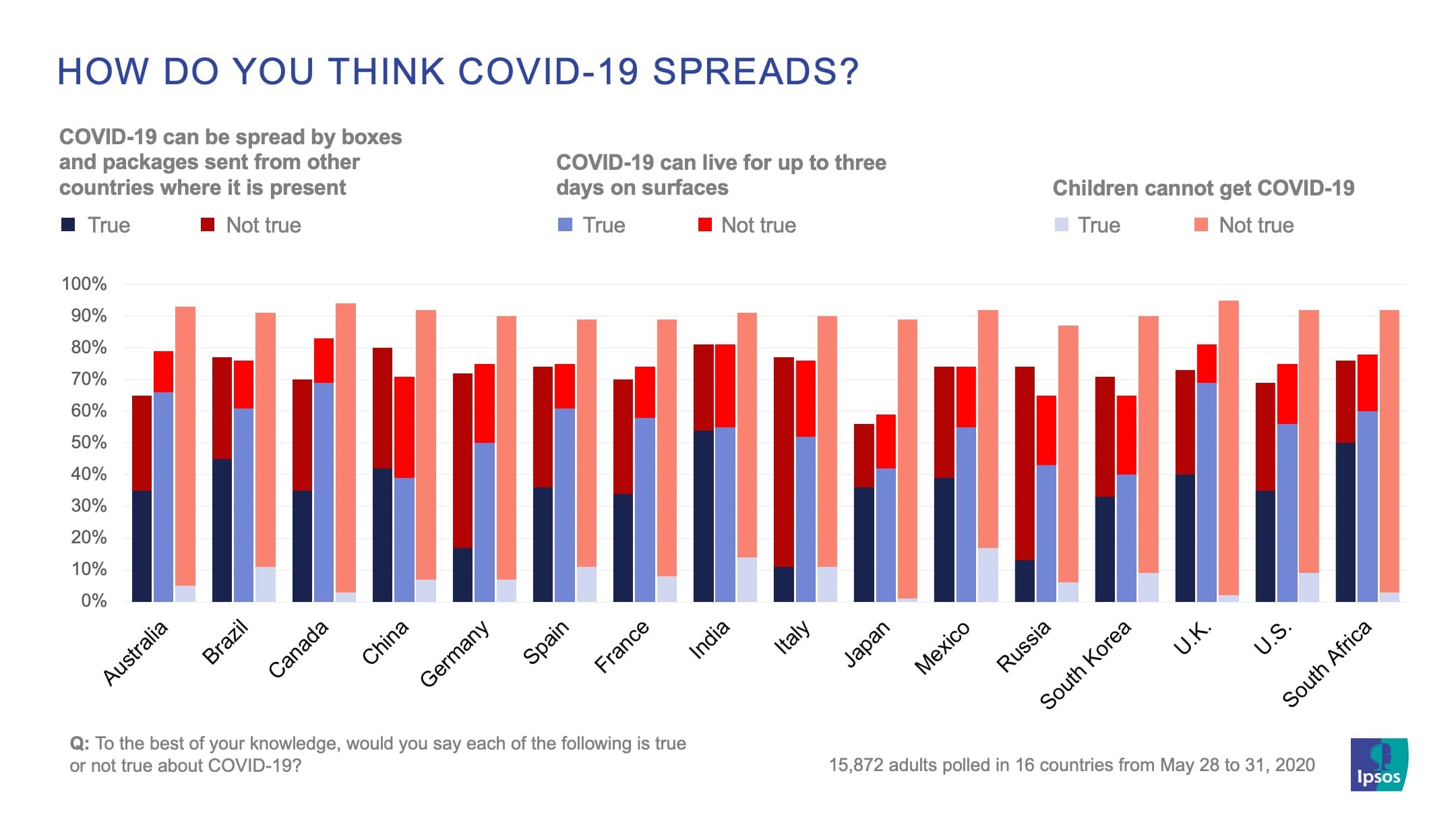 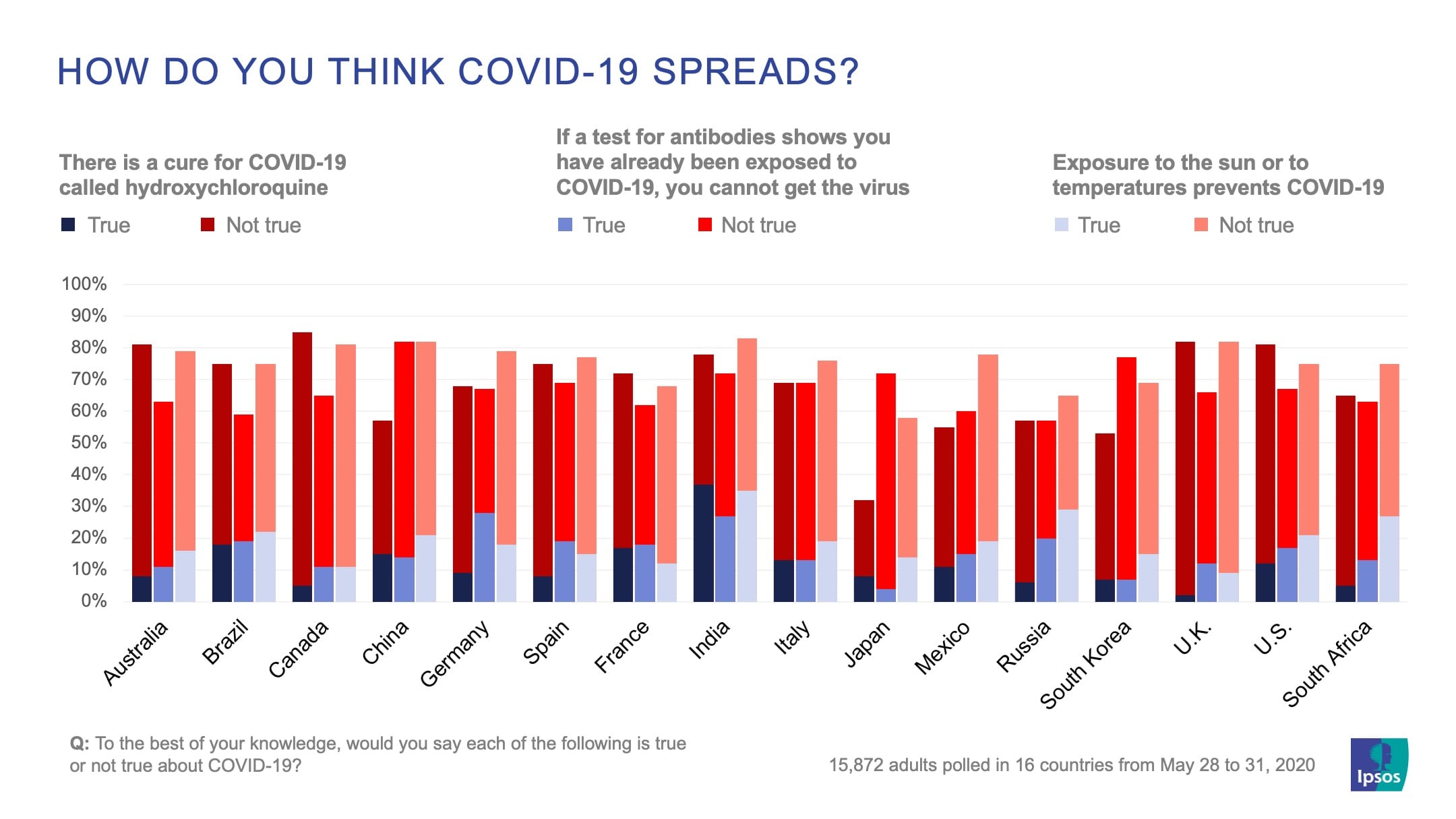 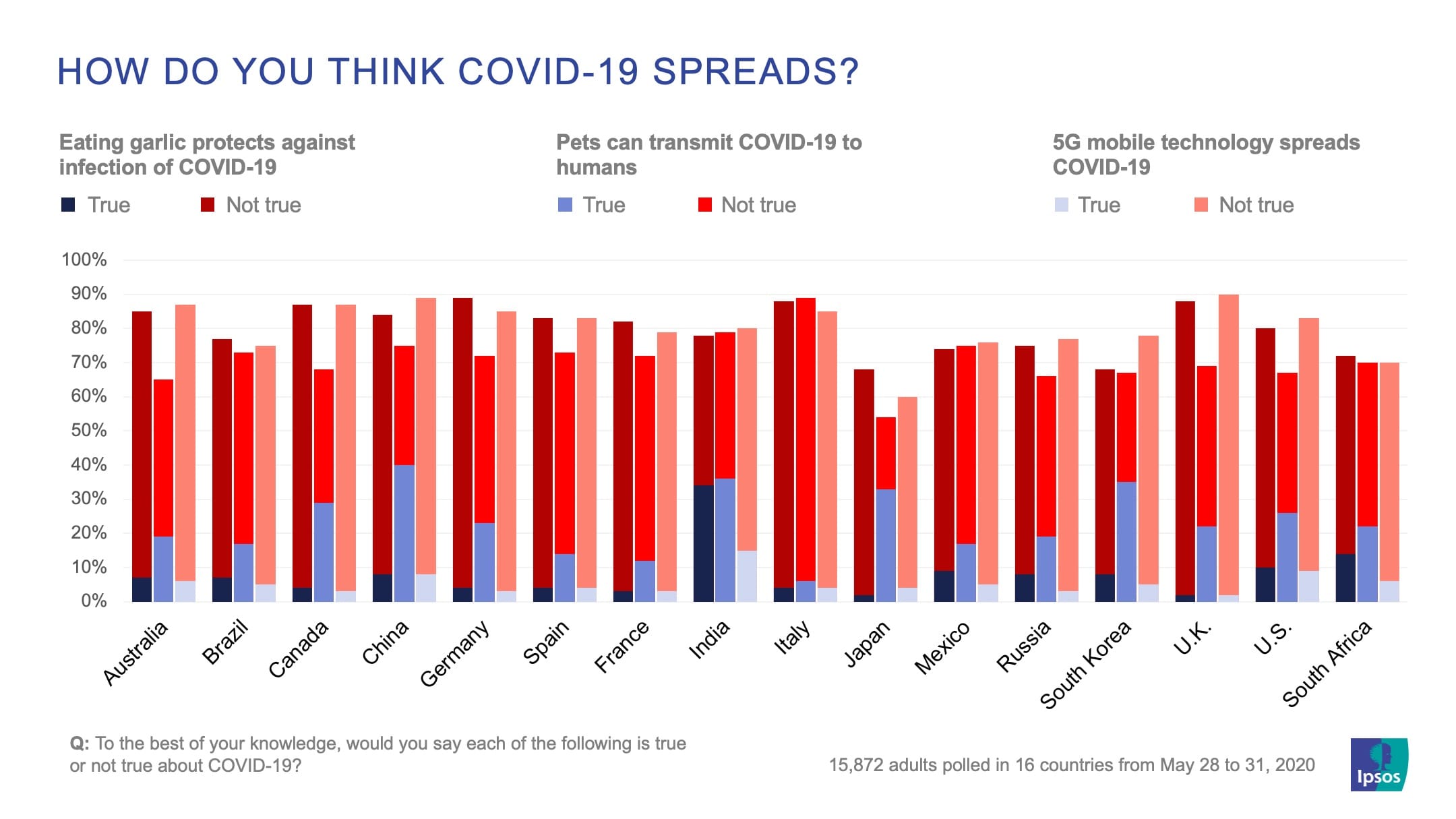 These are the results of an Ipsos survey conducted May 28th to 31st, 2020 on the Global Advisor online platform among 15,872 adults aged 18-74 in Canada and the United States and 16-74 in Australia, Brazil, China, France, Germany, Italy, Spain, India, Japan, Mexico, Russia, South Africa, South Korea and the United Kingdom. Where available, tracking results from previous studies conducted through March and April, as well as selected results from February, are referenced by date.