The Ipsos' Global Trends Study 2021 is the latest instalment of the wide-ranging Ipsos survey series that seeks to understand how global values are shifting. This year’s update polls the public in 25 countries around the world, ranging from developed countries such as the US, UK and Italy and to emerging markets in Asia such as China and Thailand – as well as covering important new markets like Kenya and Nigeria for the first time.

The survey reveals a world where public attitudes and values have changed less than might be expected under pressure from the pandemic. Most people across 25 countries think it is more important that businesses fight climate change than pay the right amount of tax. Seven in ten globally now say they tend to buy brands that reflect their personal values and that business leaders have a responsibility to speak out on social issues. The changes we do see in the data tend to be driven by long-running trends in public opinion that pre-date COVID-19:

Climate change and the environment

Concern about the climate was identified as the strongest global value in the Global Trends 2019 survey and its position has strengthened over the pandemic. Across the 25 markets, almost two thirds (63%) say it is more important to them that companies do as much as they can to reduce harm to the environment than it is that companies pay the right amount of tax, while just a quarter say tax is more important than climate (27%).

Emerging markets are most likely to see dealing with climate as the imperative: more than eight in ten Colombians (82%), as well as a similar proportion of Chinese and Brazilian citizens (78%), say companies prioritising the environment is more important to them. By contrast, the balance is closest in Britain and Denmark where four in ten say companies paying the correct amount of tax is more important – although in these countries too half see the environment as the priority. 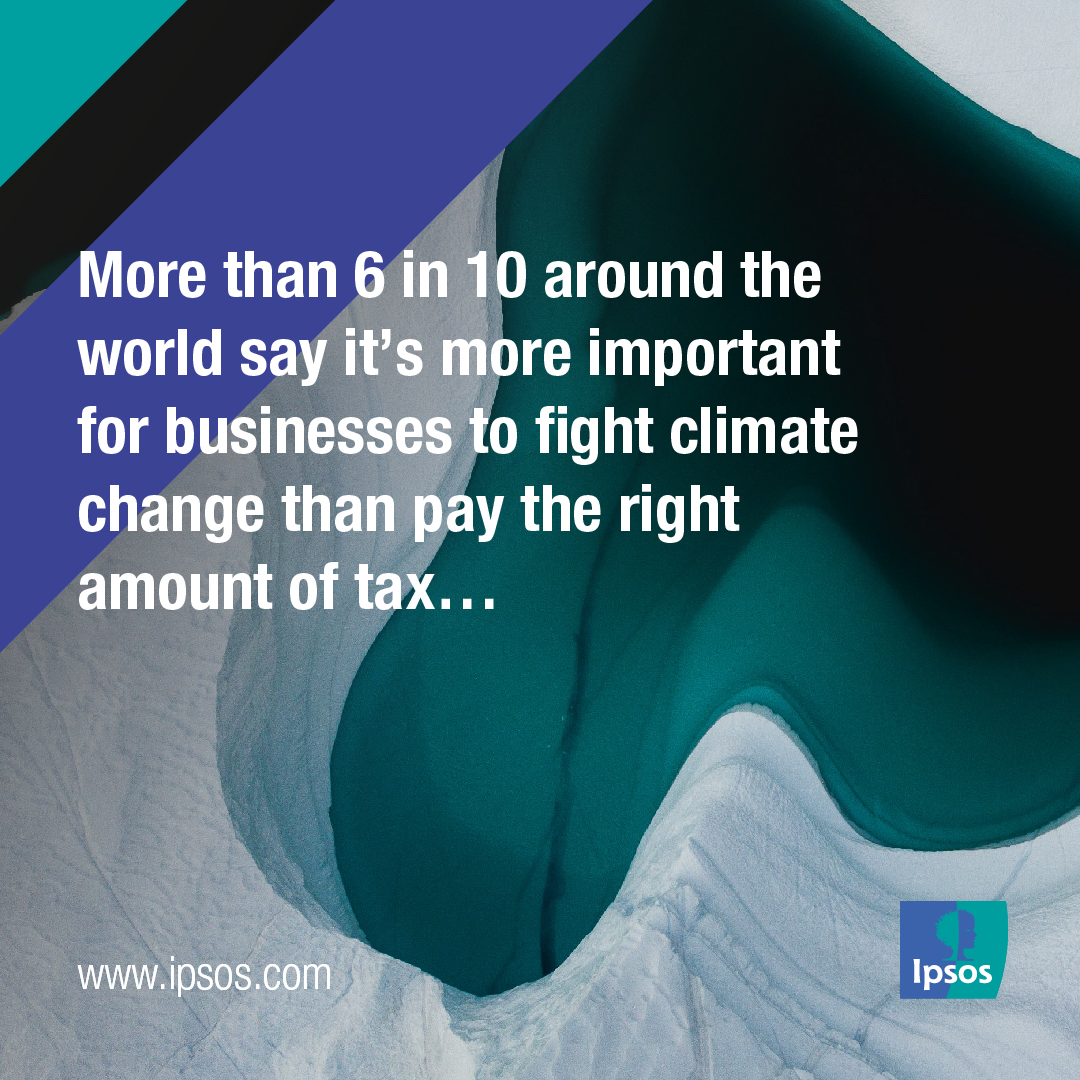 The importance of brands aligning with personal values has been accelerated over the pandemic: this year seven in ten across the 25 markets agree that they tend to buy brands that reflect their personal values (70%). This link is strongest in Nigeria (91%), China (86%), Kenya and the Philippines (both 85%), while Mexicans and Danes are the least likely to agree (51% each). Since 2013, the importance of brands being associated with values has grown across a number of key markets, with 17 percentage point increases in agreement in Britain and France, and a rise of 16 points in the US.

Similarly, there is high interest in business leaders getting involved in social issues, with more than eight in ten of the public in Nigeria, the Philippines, Singapore, India, Kenya and South Africa agreeing that business leaders have a responsibility to speak out on social and political issues facing their country. Even in France and the US, where agreement is lowest, just over half agree that this is desirable (51%).

However, there remain strong tensions in the public interest in businesses showing wider social purpose, with 45% of the sample across all countries agreeing that “I don’t care if a brand is ethically or socially responsible, I just want them to make good products” – including 47% of Americans and four in ten Germans and Britons (both 41%). 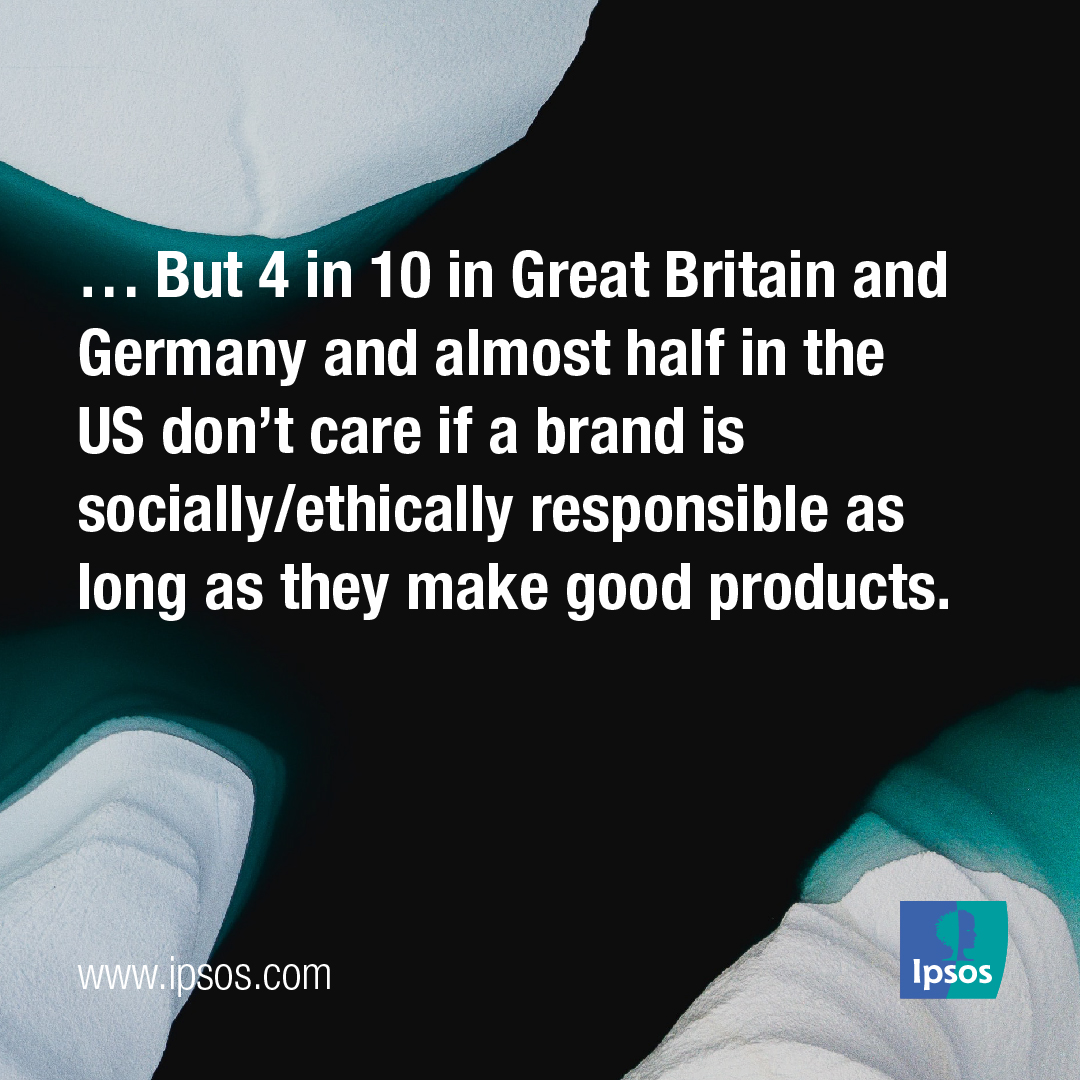 Rising belief in science is another long-term trend. Six in ten of the 25-market global sample agree that eventually, all medical conditions will be curable (60%) – a figure which has been rising since the start of the Global Trends series in 2013 and continued to rise through the pandemic as vaccines were developed in record time.

Optimism is again higher among those in emerging markets, with nine in ten Indonesians (90%) and over eight in ten of those from Thailand and the Philippines (84% and 82%) agreeing that science will conquer all diseases. The French are the least convinced this is the case; almost half disagree (47%) compared with four in ten who agree (39%). However even here there is a longer-term increase in positivity: in 2013, just a quarter agreed all medical conditions will eventually become curable.

Attitudes to data and technology

However, attitudes towards data have not become more anxious over this time. Instead, the survey has recorded rising apathy and even openness to sharing personal data. For instance, the same proportion who are concerned about the power of social media – 84% - say it is inevitable we will all lose some privacy in the future because of the power of new technology. Agreement with this statement has risen in a number of countries since 2013, including a 12-point rise in France and increases of close to ten points in China (+9), Italy (+9), Canada (+8) and Britain (+7).

Globally we can see concern about climate change and demands for business to step up in general continue to grow, but also that the pandemic has not fundamentally changed human values and priorities. Existing trends like rising apathy about data privacy and trust in science are confirmed. The new normal looks more like the old normal than one might have expected last year.