As we usher in 2020 – a new year, the beginning of a new decade – with new hopes & aspirations, new opportunities and new goals to achieve, 2019 feels like a different era already. In the last decade the world has witnessed a crisis of trust and rise of prejudice around the world. Addressing the UN General Assembly, UN Secretary-General Antonio Guterres had warned that the world is “suffering from a bad case of trust deficit disorder”.

Ipsos Malaysia conducted a new nationwide study to understand how much trust Malaysians place on institutions like Government, media, bluechip companies as well as fellow citizens. The study paints a dreary picture of trust in Malaysia, though it shows that most Malaysians believe that trust can improve in this new decade 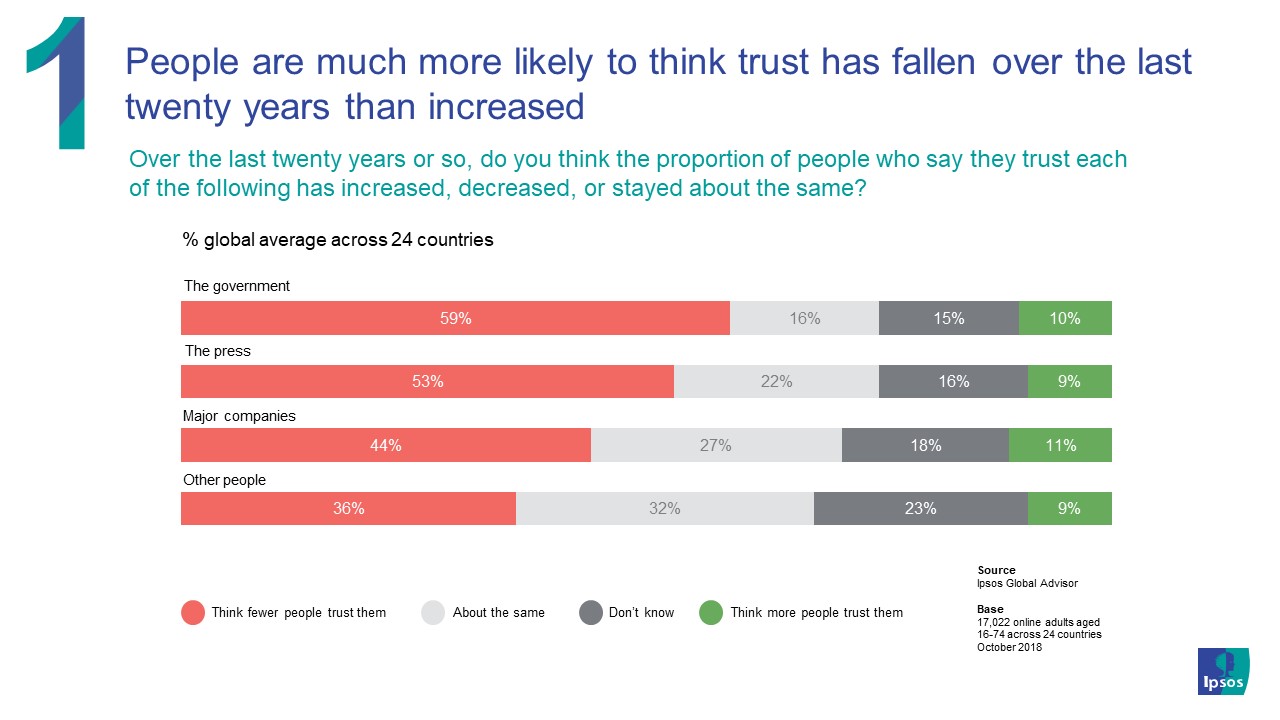 As per the Ipsos Global Advisor Trustworthiness Monitor, perceptions that trust is in decline are particularly high for government and media institutions.

Even for trust in other people, slightly more think it has fallen than stayed the same. 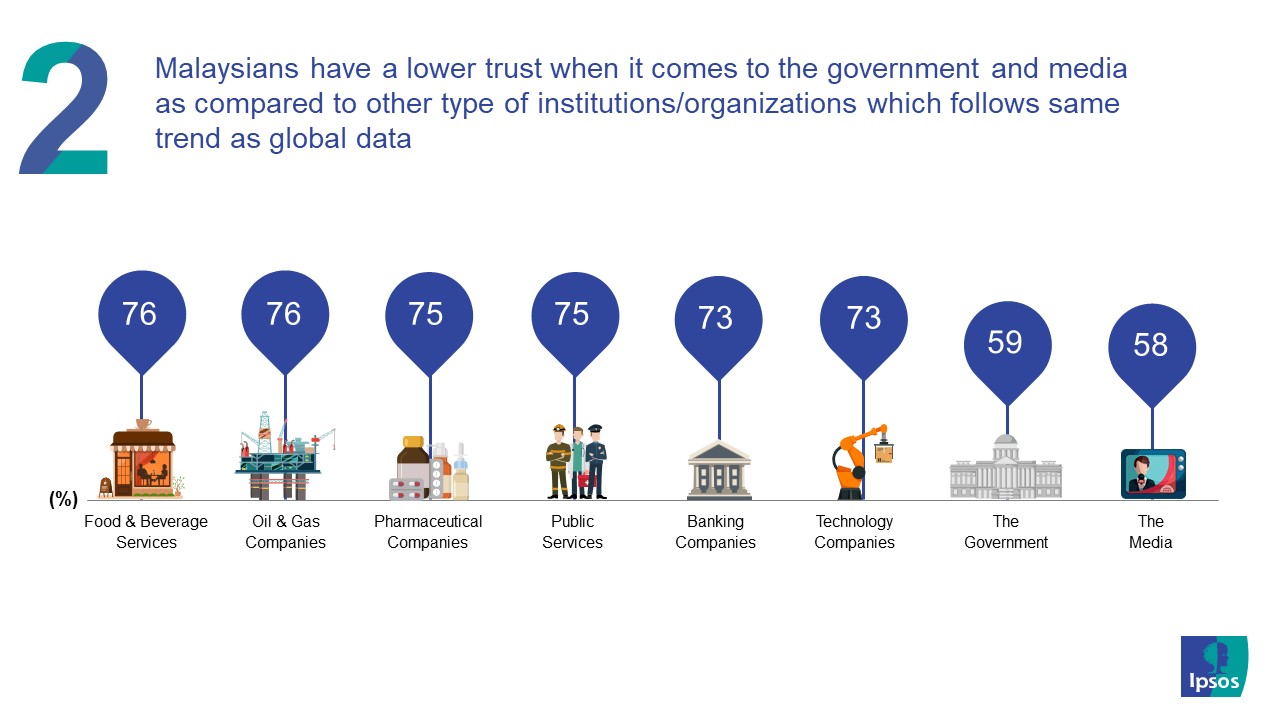 The Ipsos Malaysia study further revealed that Government (59%) & Media (58%) have the lowest trust levels among citizens of Malaysia. 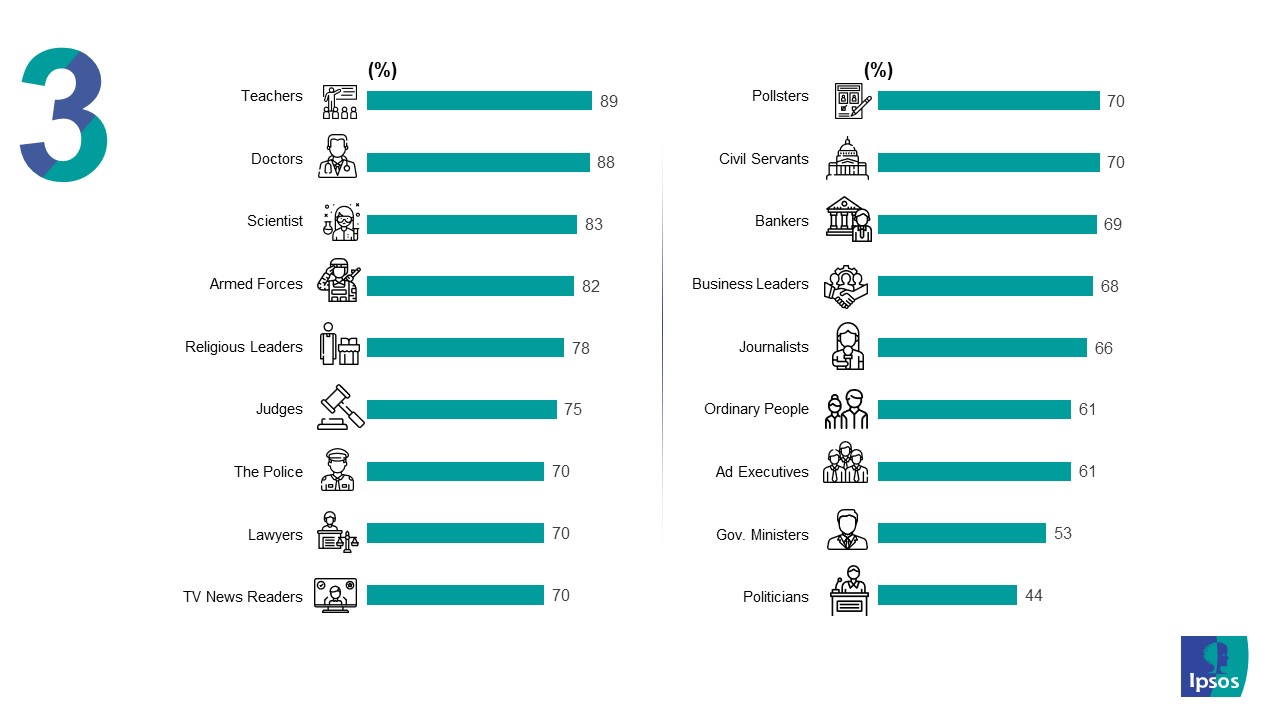 Whereby in terms of professions, teachers, doctors and scientists are ranked highest in trustworthiness. The top 3 trusted professions are in line with the global survey results and again, personnel associated with media and government are ranked the lowest.

The Ipsos Malaysia study further revealed that public services, such as education, healthcare/medicine, and the armed forces tend to receive more positive trust ratings from the public. Institutions such as banks (69%) and business leaders (68%), journalists (66%) and government ministers (53%) all receive low scores, but the lowest levels of trust seem to be reserved for politicians (44%).

Despite the low trust in the government, Malaysians highly associate the government as an institute that does what it does with the best of intentions (39%) and they further differentiate government and politicians with public services.

ABOUT THE IPSOS MALAYSIA STUDY

The findings are from a nationally representative survey, conducted among n=1,000 Malaysians from 1 – 29 November 2019. The survey covered both peninsular and East Malaysia, and all key demographic groups.

The Ipsos Global Advisor study was conducted amongst 17,022 online adults aged 16-74 across 24 countries in October 2018.