A new 34-country survey of over 22,500 respondents looking at citizen support for policies to help tackle climate change highlights those that apply incentivisation, discounting and other inducements are more popular than taxation or reduced choice.

The most popular policy, with an average of almost 7 in 10 (68%) citizens across the 34 countries surveyed saying they would support it, was for government spending on subsidies to make environmentally friendly technologies cheaper (e.g., solar panels, electric vehicles). This is a similar sentiment shared by 67% of Singaporeans. 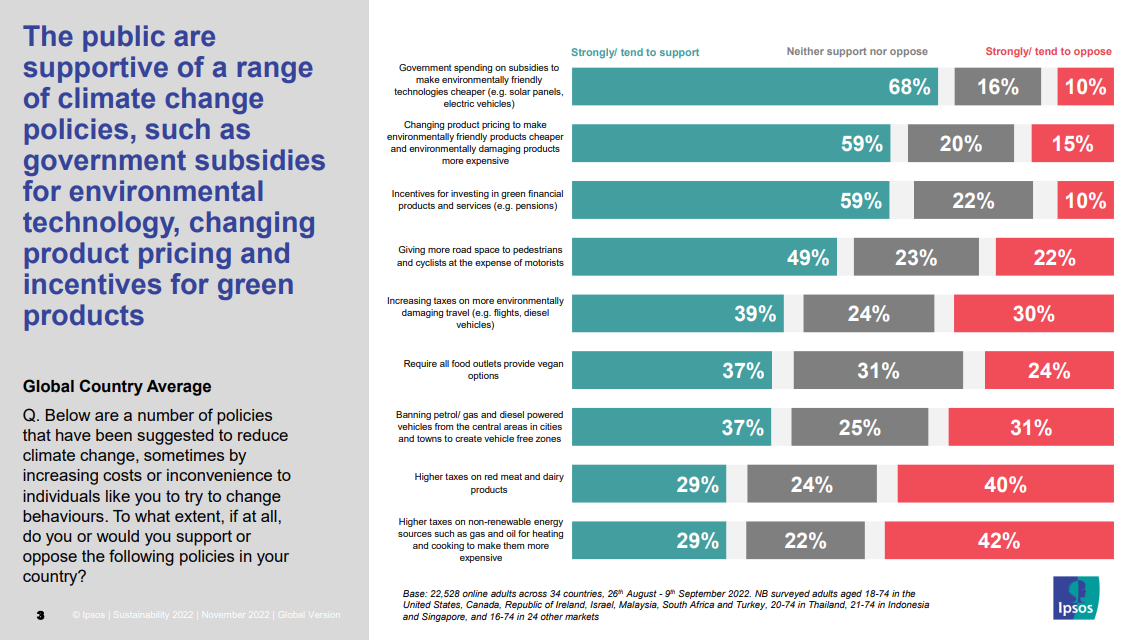 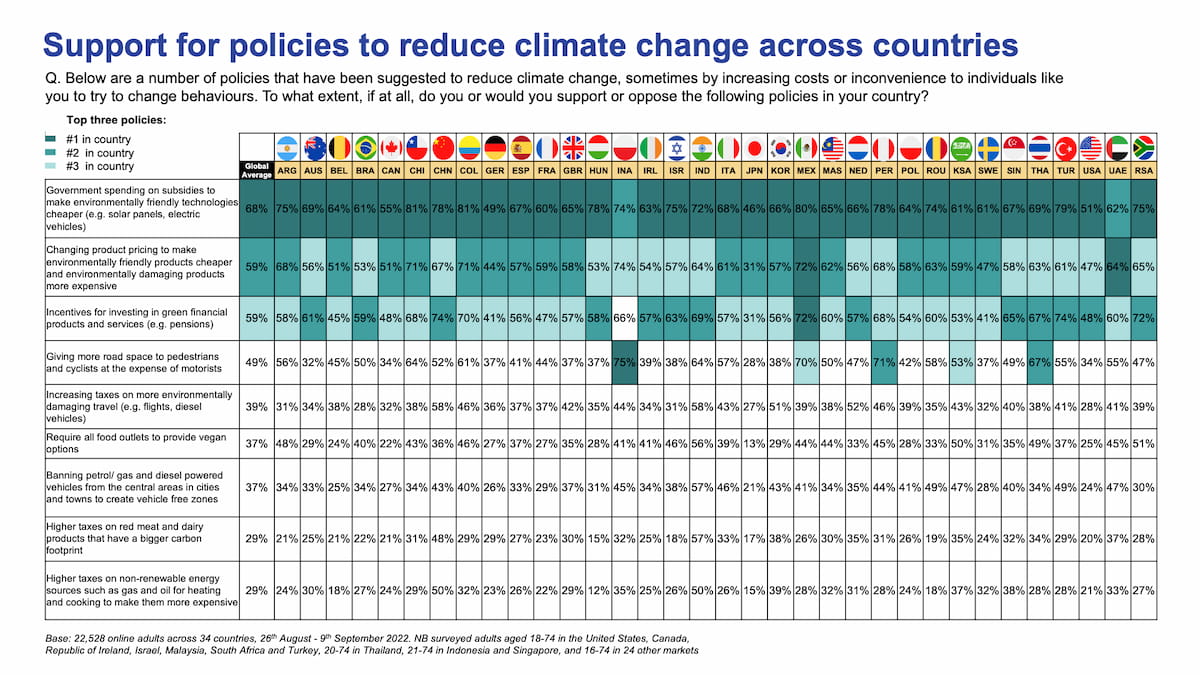 Two in 5 citizens globally would oppose policies for higher taxes on red meat and dairy products (40%) and higher taxes on non-renewable energy sources such as gas and oil for heating and cooking (42%) as less than a third (29%) say they would support either policy.

Ipsos observed that lack of action by citizens to engage in and change their behaviours towards having a smaller carbon footprint is often driven more by a lack of understanding than it is by lack of will/intent (i.e., the believe-true gap). This indicates the need for better education of citizens.

There is notable consensus at a global level that the responsibility for educating the public on climate change lies with government departments and ministers/elected officials (59%). Just over 4 in 10 think it is the responsibility of local governments and just over a third (34%) would consider news media to be responsible. Then scientists (27%), schools (24%), business (20%) and environmental campaigners/activist groups (19%). 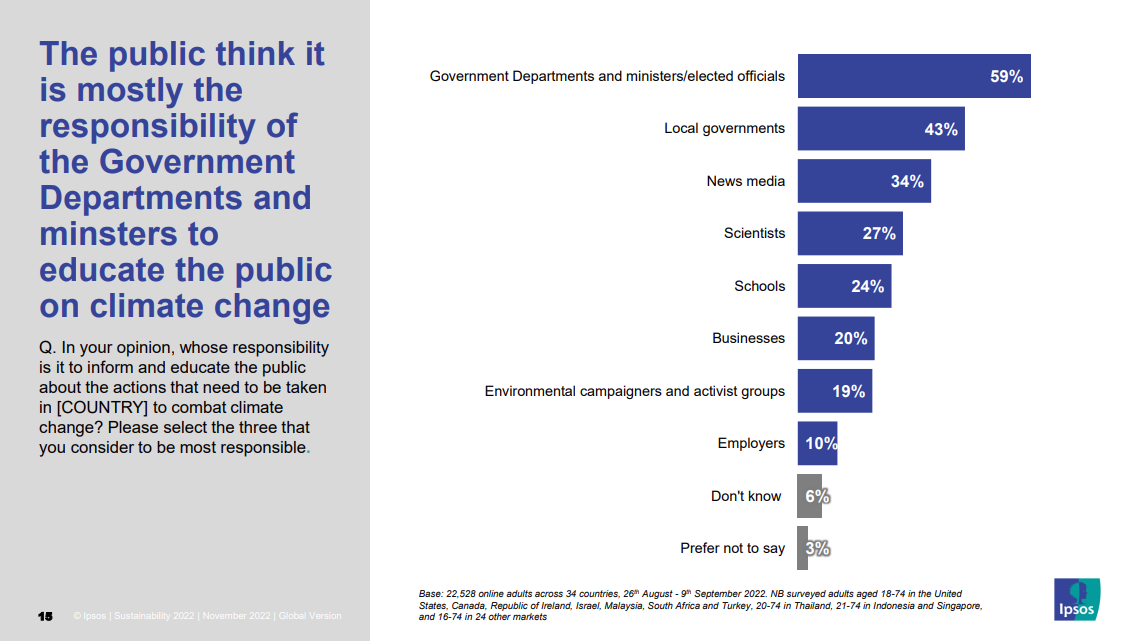 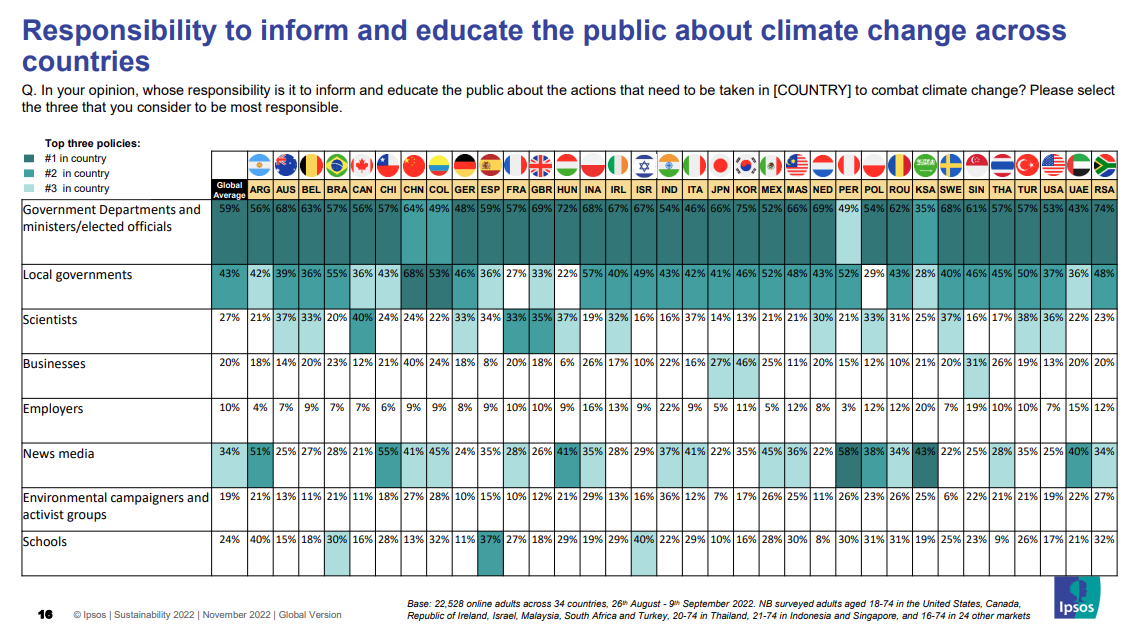