This is the most important result from an online Ipsos Global Advisor study conducted from 22 January 2021 to 5 February 2021. A total of 20,520 adults in 28 countries were asked about what they expect from political leaders.

In another part of this study, results show that citizens all over the world think that politicians are paid too much for what they do, so what do they then expect from politicians?

Mentioned by a third of people (33%) and equally likely to be picked out by men and women, the most important quality that people want from their political leaders in order to be considered to do a good job in handling the recovery from the pandemic is to put their country’s needs before politics.

This is followed by being honest with the public (29%), understanding the problems facing ordinary people (28%), taking into account the impact on the economy as well as on health (25%) and making the right decisions at the right time (25%).

Women are slightly more likely to pick out the following over men:

Looking at the results from all 28 countries, South Africans felt the strongest of all about wanting their politicians to regard the country’s needs as a priority above politics. This sentiment was shared by more than half (51%) of online South Africans. 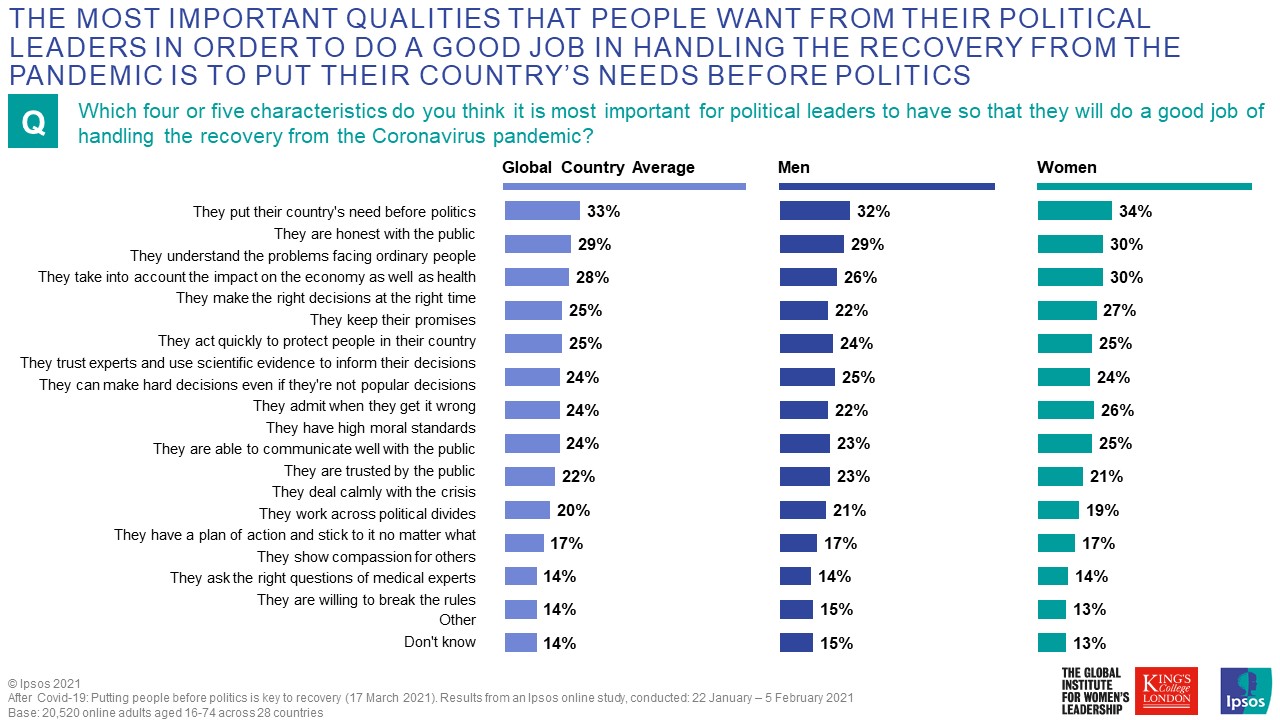