A new global study conducted by Ipsos in collaboration with the Global Institute for Women’s Leadership at King’s College London and International Women’s Day finds the majority of men agree that that women won’t achieve equality without their support but half believe they are expected to do too much to support women’s equality.

The Survey was carried out online among adults under 65 across 27 countries, meaning that the numbers for South African represent those that regularly access the Internet.

Opinions are similarly split in South Africa, but at least more than half disagree that too much is expected from South African men. 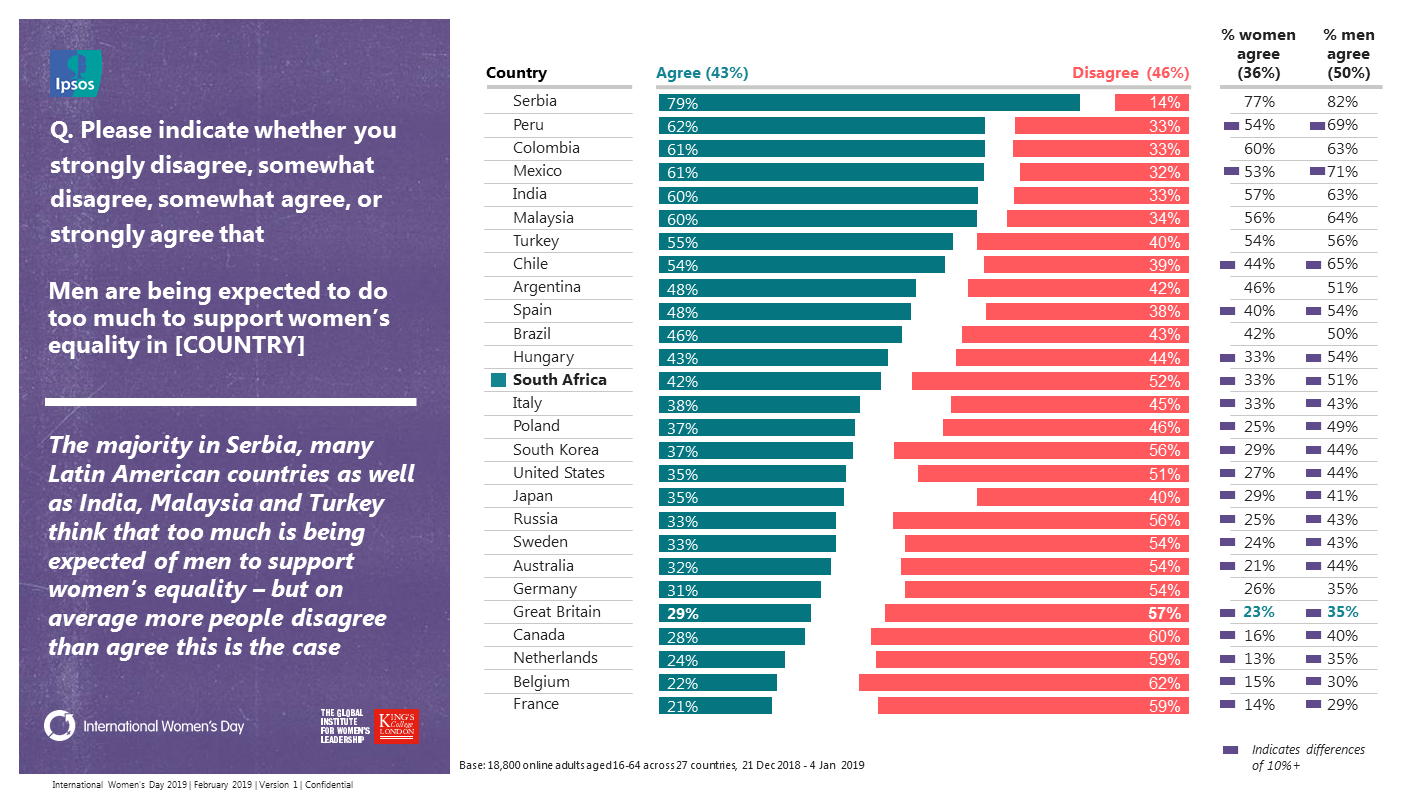 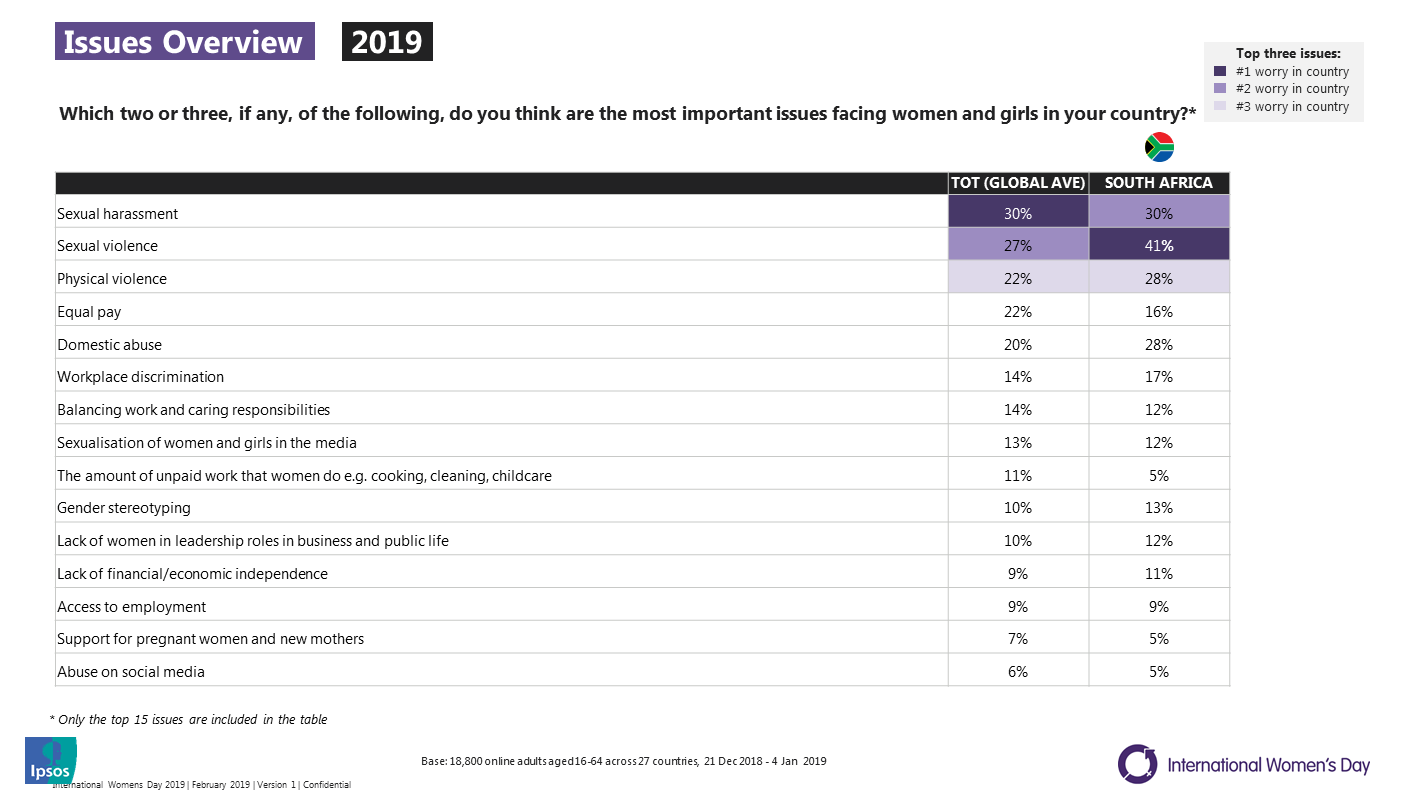 [1] This is almost contra-intuitive of our view of the Nethrlands as a progressive country and can be a result of the changing population composition in the Netherlands – with an ageing population and more immigrants.